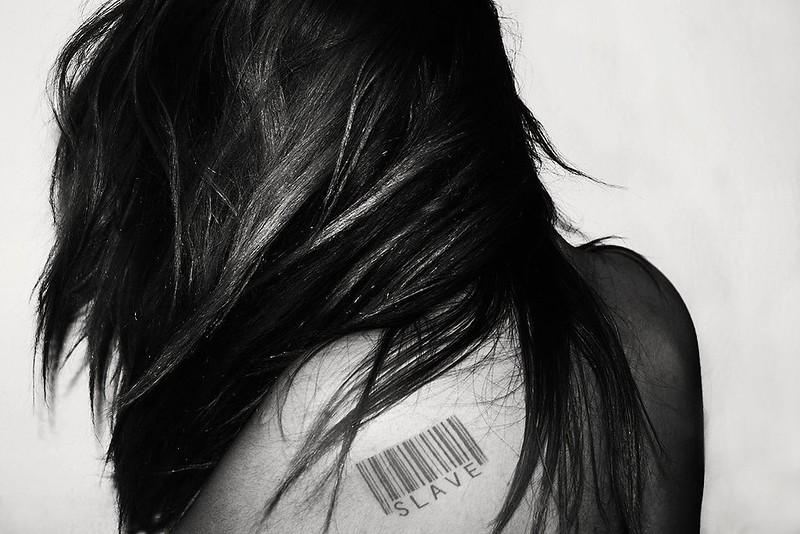 Olivia Bridge, political correspondent for the Immigration Advice Service, calls the Home Office to account for the suffering heaped on victims of human trafficking by the UK’s immigration system

OF THOSE that fall under the modern slavery umbrella, sexual exploitation is arguably one of the most heinous crimes and human rights abuses to exist in 21st century Britain. Yet it is rising as more women are thrusted through the backdoor of the sex industry like a “revolving door” – as MP and chair of the APPG on Prostitution and the Global Sex Trade, Gavin Shuker, wrote last year – and still the UK Government remains indifferent to victims’ plight.

Anti-slavery charity Unseen finds as high as 99 per cent of victims in the commercial sex industry are women and girls around the world, in which women’s bodies simultaneously become vehicles for gangmasters to rake in profits and the collateral damage to punters’ torturous desires. There is surely no other more barbaric act than stripping someone of their freedom and bodily autonomy for the purpose of repetitive rape by strangers or by a foreign ‘husband’ that some are forced to marry for visa advantages, including minors.

Yet despite the laudable vision of the Modern Slavery Act 2015, captivity is accelerating across the UK. Although 44 per cent of cases are attributed to exploitative labour as recorded in the Government’s annual 2018 report, sexual slavery creeps closely behind with 39 per cent of all cases. However, campaigners believe the figures pale in comparison to the extent of the largely underground trend that can stay shrouded in secrecy behind closed doors for years – especially since 75 per cent cases referred to the CPS came from the same six police forces.

The prevalence of ‘pop up’ brothels used by traffickers as a way to evade detection is also becoming transparent: cheaply rented accommodation, Airbnbs and holiday homes are all reported as common arenas for sex trafficking by Leicestershire, Northumbria, Avon and Somerset, Greater Manchester and London police forces. In Scotland alone, cases increased by 42 per cent in 12 months as the Trafficking Awareness Raising Alliance (TARA) found women were being exploited in nearly every town across Scotland “to meet the demands of the global sex industry”, Bronagh Andrew, operations manager said. Only last month, one trafficking gang in Glasgow faced convictions for such offences which included selling one pregnant woman for £10,000 outside Primark.

Masquerading as recruiters, traffickers prey on the vulnerable and lure them to the UK with bogus job offers. Free Movement makes this process even easier, as Europeans don’t need to break any laws to enter the country. Others are illegally smuggled inside under similar pretences – lest we forget the tragic event of 39 Vietnamese trafficked migrants who died getting into the UK only weeks ago. Very few know the fate that awaits them, where often their passports are confiscated and they are forced to sleep with multiple men for little to no pay. Victims are held against their will by physical force, threat to themselves or family members, ongoing abuse or grooming, coercion or debt bondage.

While British adults and children account for the vast majority of all modern slavery cases in the UK, shortly followed by Albanian and Vietnamese victims, of the 1,927 cases of sexual exploitation recorded by National Crime Agency last year, 512 were Albanian, 448 British, 191 Chinese, 103 Nigerian, 92 Vietnamese, 79 Romanian and 37 Entriean. An additional 515 more were ensnared in domestic servitude.

However, unlike British victims, migrants can be concealed from the law for longer having a diluted ‘paper trail’, fewer friends and family in the country and often little English speaking and writing abilities. Yet even once they are finally freed, the support on offer is inadequate and ill-fitted to suit their needs – presumably because the Home Office has the view that some victims can be refused humanitarian protection having become “wealthy” and “enjoy high social-economic status” as a sex slave, which anti-slavery charities contest to no end.

Migrants do not need to battle Universal Credit to gain monetary support since they are barred from public funds. Instead, they are at the mercy of the National Referral Mechanism (NRM) for financial aid, counselling and housing which has long been criticised for failing those it purports to support. This is because 752 victims between 2015-17 were refused NRM support, half of 1,717 survivors were refused asylum and 36 were even forcibly removed between 2014-18.

The NRM has even been found ‘relocating’ women to the same addresses where they were exploited, exposing them to re-trafficking as they are forced to make the impossible choice between homelessness and destitution or returning to their abuser. The STEP project – a piloted scheme by the British Red Cross, Hestia and Ashiana – further discovered women were inappropriately housed in mixed-sex accommodation where one survivor said: “I am very afraid and can’t sleep. Yes, of course [it’s worse] because I am a woman… that’s what I’m thinking all the time”.

Hestia also launched a super complaint against the police this March for routinely prioritising the immigration status of victims than referring them via the NRM in which female victims have been improperly interviewed by male officers and accompanied by male translators.

READ MORE: ‘She should hang her head in shame’: Theresa May accused of failing child victims of modern slavery

But the Home Office doesn’t care: it frequently flouts its own Adults at Risk Policy by detaining victims, including as many as 507 in UK detention centres last year and survivors of the most extreme forms of gender-based violence such as Female Genital Mutilation (FGM). The Independent Monitoring Boards (IMBs) have since released a scathing review of the UK’s removal facilities this October, emphasising their particular concern of the high volume of the number of vulnerable people who are being detained in tune to rocketing self-harm and suicide attempts inside them.

At least the High Court lifted the six-week time restriction on support this year by designing a new  ‘needs-based’ support system to cater to survivors as it emerged the 45-day ‘cliff edge’ drop in support was leaving survivors exposed to re-trafficking. However, there are now concerns that survivors will fall victim to the UK’s ‘postcode lottery’ when accessing locally funded support systems.

This is sadly the stark reality migrant women face when fleeing the clutches of evil. Where they were once shackled in captivity and kept in appalling conditions, they finally escape to only become shackled by the immigration rules, transported into unfit housing, kept indefinitely in a harrowing detention centre or starved out onto the streets.

Slavery has thrived without impunity for far too long. Now it is inching onto our front doorsteps. How high does the body count of abused women and girls need to be until the Home Office takes any notice?