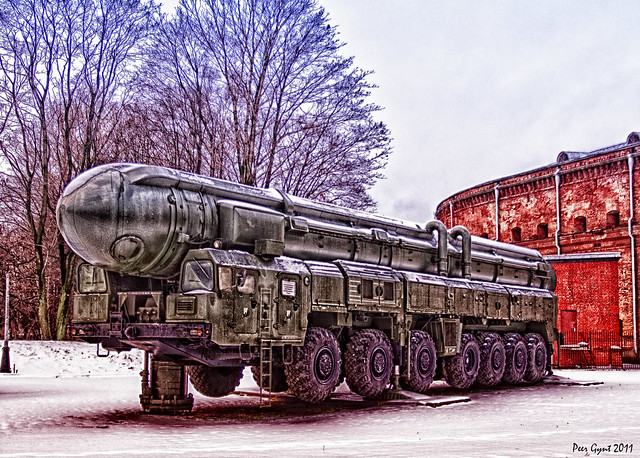 –          Scottish Campaign for Nuclear Disarmament joins International Campaign for the Abolition of Nuclear Weapons in condemnation, reiterates opposition to any government participating in a “nuclear sharing alliance”

CAMPAIGNERS in Scotland have marked the 74th anniversary of the Hiroshima bombing by reiterating calls for international nuclear disarmament, following US President Donald Trump’s abandonment of the 1987 Intermediate-Range Nuclear Force (INF) Treaty.

Originally signed by then-US President Ronald Reagan and Soviet premier Mikhail Gorbachev, the treaty banned either party from possessing both nuclear and non-nuclear missiles with ranges between 310 and 3,400 miles other than those launched from sea. The agreement was widely credited with helping de-escalate Cold War tensions prior to the collapse of the Soviet Union.

On 2 August, US Secretary of State Mike Pompeo confirmed that the United States had withdrawn from the deal, claiming that Russia was “solely responsible for the treaty’s demise” due to alleged violations of the treaty. The Russian Government has denied any such violation, claiming instead US missile defence systems in Russia do break the deal. Following Pompeo’s statement on Friday, Russia’s foreign ministry confirmed to the Russian state-owned news agency Ria Novosti that the agreement was “formally dead.”

On 5 August, Russian President Vladimir Putin warned that Russia would begin developing short and intermediate-range land-based nuclear missiles if the US started doing the same, saying: “If Russia obtains reliable information that the United States has finished developing these systems and started to produce them, Russia will have no option other than to engage in a full-scale effort to develop similar missiles.”

Following the collapse of the INF treaty, the International Campaign for the Abolition of Nuclear Weapons (ICAN) warned in a public statement: “By walking away from the INF Treaty, Donald Trump and Vladimir Putin have further undermined the Non-Proliferation Treaty (NPT) and put the world at heightened risk of nuclear weapons use and war.”

ICAN – which received the 2017 Nobel Peace Prize for its contribution to the Treaty on the Prohibition of Nuclear Weapons (TPNW), now adopted by 122 UN member-states – called on the US and Russia to undertake urgent talks to restore compliance and re-implement the INF treaty, and “pave the way for nuclear-free security” by the TPNW.

Following ICAN’s statement, Scottish Green external affairs spokesperson Ross Greer MSP today marked the 74th anniversary of the bombing of Hiroshima by calling on the UK Government to distance itself from the increasingly belligerent Trump administration.

Greer said: “Donald Trump’s casual withdrawal from a successful, decades-long arms treaty shows how damaging his presidency is for world peace, and Vladimir Putin’s response shows how quickly we could descend into another nuclear arms race.

“Donald Trump’s casual withdrawal from a successful, decades-long arms treaty shows how damaging his presidency is for world peace, and Vladimir Putin’s response shows how quickly we could descend into another nuclear arms race.” Green MSP Ross Greer

“Today marks 74 years since the US dropped an atomic bomb on the Japanese city of Hiroshima. To prevent an atrocity like this from ever happening again we need to reduce existing nuclear stockpiles, not begin another rush to build more.

“But rather than distance themselves from the Trump administration, the UK Government continues to cosy up to it in the hope of winning a trade deal, one which will weaken everything from food standards to environmental protections, and all so they can make up a fraction of the damage Brexit will do to our economy.

“Instead of renewing a nuclear arsenal capable of ending the world dozens of times over, the UK Government should end its superpower delusion and start spending the £200 billion allocated to Trident’s replacement on the one in four children in this country living in poverty as a result of Westminster’s cruel policies.”

Also commenting, Scottish Campaign for Nuclear Disarmament (SCND) vice chair Janet Fenton told CommonSpace: “SCND is a partner organisation in the International Campaign to Abolish Nuclear Weapons (ICAN) and deplores the irresponsible destruction of the 1987 Intermediate-Range Nuclear Forces (INF) Treaty by the current leaders of the United States and Russia.

READ MORE: Analysis: The Trident and Nato debate is back in the SNP – it should never have gone away

“At the height of the Cold War, this important bilateral Treaty banned and eliminated intermediate-range missiles, thereby pulling the world back from the brink of nuclear war By walking away from the INF Treaty, Donald Trump and Vladimir Putin further undermined the Non-Proliferation Treaty (NPT) and put the world at heightened risk of nuclear weapons.

“On the 74th anniversary of the Hiroshima bombing, SCND opposes the continued modernisation and deployment of these weapons and supports the Treaty on The Prohibition of Nuclear Weapons TPNW because it can provide the required legal instrument that can lead to complete, rather than partial, prohibition and elimination of these weapons if it is embedded in international law and establishes accountability to all member states of United Nations.

“Additionally, the TPNW will prohibit nuclear sharing by NATO or any other alliance.

“Scottish CND will campaign to rid Scotland and the world of all nuclear weapons. We would never support any Scottish Government in participating in any nuclear sharing alliance.”