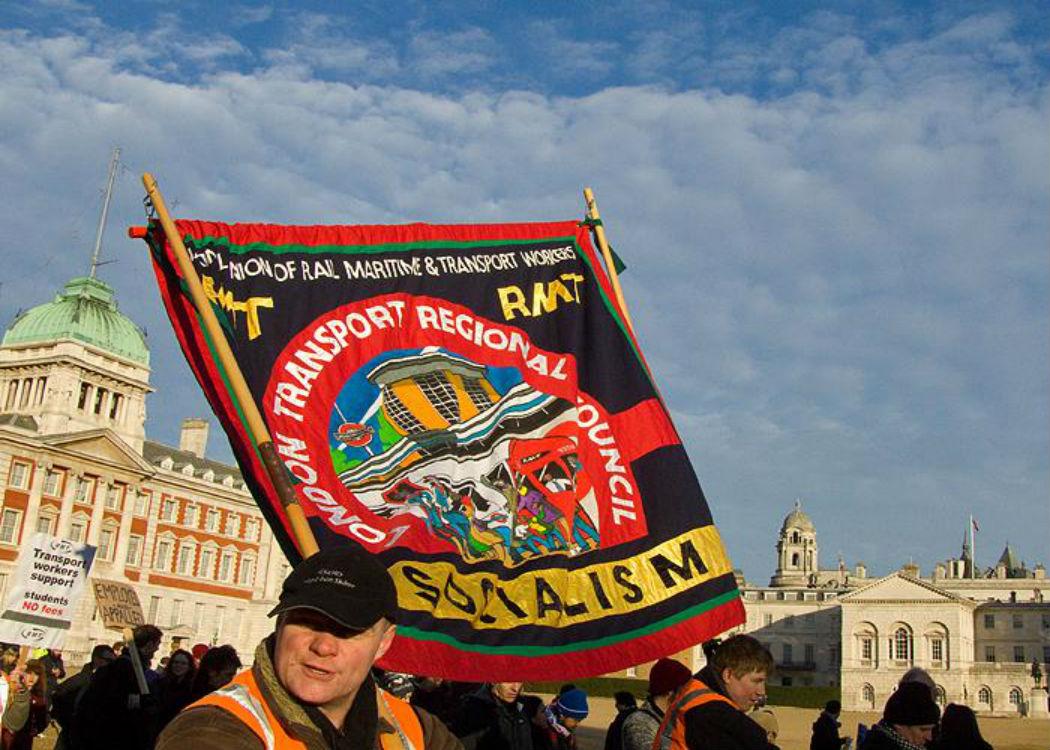 Elliott: “We need a new generation of socialists”

THE RMT is known for its militancy and toughness in standing up for railway workers, but now one of its leading Scottish activists, Andy Elliott, is having a go at taking the RMT’s message to the ballot box.

“I’m an RMT activist first and foremost, and we’ve come to the conclusion that no one’s out there representing the working class and the poor, and the politics we believe in.

“We have come to the conclusion over recent years that the Labour Party is finished as a vehicle to put forward socialism, and we think the times coming to lay the sort of foundations that could build a real workers’ party,” Elliott says.

Elliott is standing for the Trade Union and Socialist Coalition (TUSC), a hodgepodge of far-left groupings with its most significant backing coming from the transport union. Elliott is open-minded about how a new socialist force to replace the quickly fading Labour party – a much lauded ambition of the radical left – can be achieved over the longer-term.

“It may not be TUSC,” Elliott says. “There may be some other realignment – I know for example in Scotland there was maybe hopes that a broad alliance could develop – but for the moment we’re backing TUSC because it’s proposing the right sort of policies.”

Elliott reams off the usual standard bearers of left-wing politics: pro-public ownership, ending the bedroom tax and ATOS, and “no cuts”, but with a coalition that achieved just 0.1 per cent of the popular vote in 2010, would it not be better to get behind the SNP’s invasion into the Labour heartlands and commitment to increasing public spending at Westminster?

Certainly, some in the TUSC ranks believe so, as the coalition’s most prominent Scottish representative in 2010, Tommy Sheridan, has taken his Solidarity party out of TUSC to back the Scottish nationalists in this election. But Elliott believes that’s not the way to go.

“If you look at the SNP’s record in councils, they have cut funding and voted through the cuts; I think they are a bit of an austerity-lite option.”

“If you look at the SNP’s record in councils, they have cut funding and voted through the cuts.” Andy Elliot, TUSC candidate

On the SNP’s record on the railways, Elliott says the RMT has campaigned for public ownership of the railways in Scotland, and was disappointed that Abellio were handed the rail franchise from 1 April.

“That means it is effectively in public ownership,” Elliott says, “because it will be the Dutch finance minister who is making the decisions. The unfortunate thing is it’s not our government in control of it, which I think is just daft.”

Under the Smith Agreement, powers to bring the railways into public ownership will be devolved, but the Abellio contract has been signed for 10 years with a chance to end it after five.

Elliott says the Scottish Government should have “just made a stand – said we’re not accepting this”.

“The RMT legal advice was that the Scottish Government could have done something about it,” he adds.

Elliott is pro-independence, and so is the RMT, which was one of the few unions to back independence in Scotland. He was previously a member of the Labour party until the Iraq war, and doesn’t see anything of what he stands for in his Labour rival for Glasgow Central, Anas Sarwar.

“He’s a bit of a right-winger, and it really is troubling the extent to which the Blairite side of the party has re-emerged in Scotland. I don’t so much think of it as I left the Labour party, but the Labour party left me.”

The SSP is also standing in this election, and Elliott says the coalition “tried to come up with a sensible approach” to avoid socialist organisations standing against one another.

“We don’t want to see this alphabet soup, with loads of groups competing with each other.”

“We don’t want to see this alphabet soup, with loads of groups competing with each other.” Andy Elliott, TUSC candidate

Elliott is aware that building on the limited votes that TUSC achieved in Glasgow in 2010 – in Glasgow North East, for example, it achieved just 187 votes (0.6 per cent) – with the polls so tight between the SNP and Labour is unlikely, but is positive about it.

“You can only be hopeful. The Labour party didn’t fall from the sky as a mass organisation with all the unions affiliated to it. It started off small and built itself up. And as I say, ultimately it might not be TUSC that’s the body that replaces the Labour party, but we’ve got to keep putting the positions forward, and try to make that breakthrough.”

A new initiative has sprung up to try to revitalise socialist representation in the 2016 Scottish elections, called the Scottish Left Project, and Elliott says that the RMT will take its time over decisions about how to move forward.

“We’re a democratic union, and when we make a decision on supporting something it’s a long process. Breaking from the Labour party took a long-time. It started from when we decided to back the SSP in 2003, and then obviously that all imploded, and then UK wide the decision was made to back TUSC.

“I’m sure the RMT, and TUSC, would consider being part of a wider coalition in Scotland if it was the right opportunity.”

Elliott is looking for the support of socialists and anti-austerity campaigners for his election bid in Glasgow Central.

“I’m sure the RMT, and TUSC, would consider being part of a wider coalition in Scotland if it was the right opportunity.” Andy Elliott, TUSC candidate

“We need a new generation of socialists. And we want to get out and talk to people about that, and get them involved. I spoke at a meeting of the Radical Independence Campaign about public ownership of the railways, and it was heartening because it was young people who were there. That’s what we need to do, to build those foundations,” Elliot adds.

Elliott’s open-mindedness about the future for socialist politics in Scotland is refreshing, and if the radical left is to become anything more than a fringe player in future elections it may require the organisational and financial muscle of trade unions like the RMT to get it there.

To find out more about TUSC’s election campaign, click here.