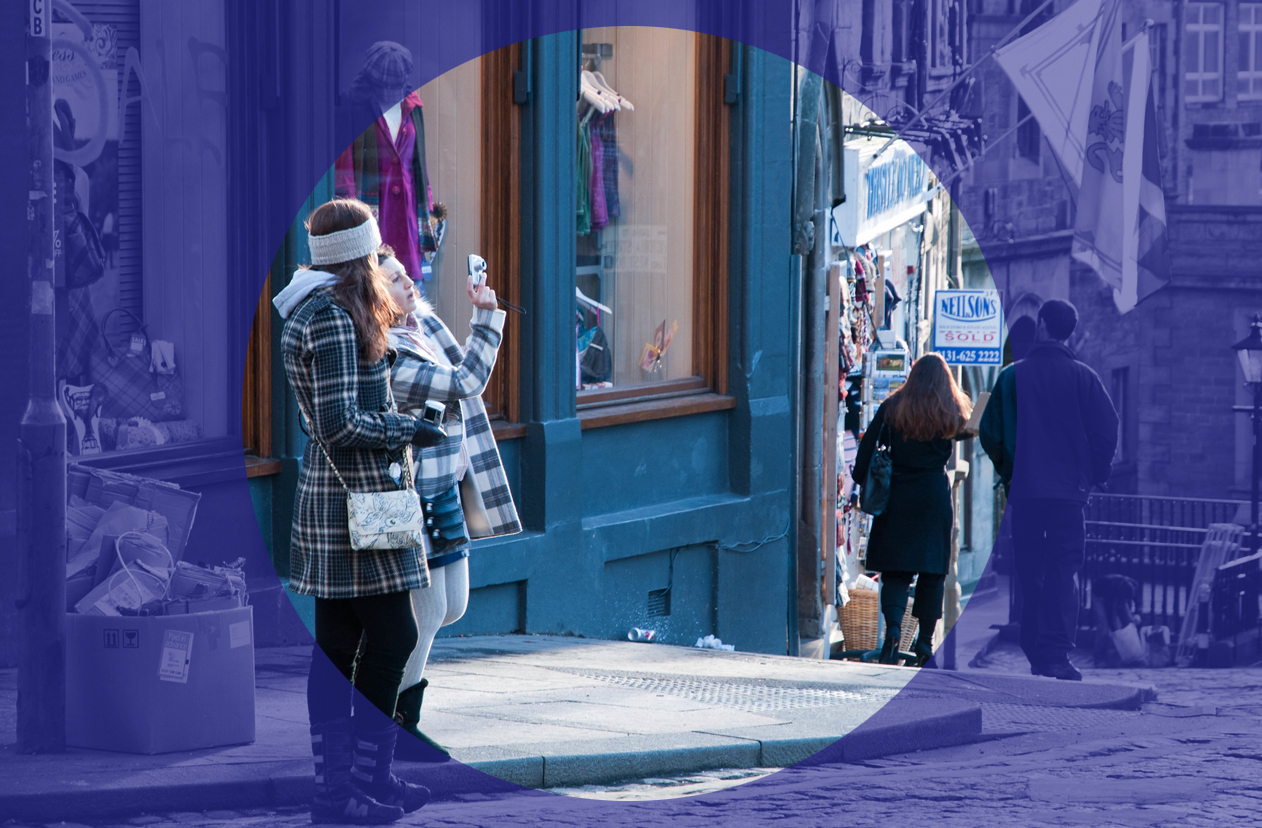 Craig Dalzell continues his examination of the impact the pandemic on various economic sectors. This week, tourism.

AS I WRITE this column, both the Bank of England and the Office of National Statistics have published analysis that expands on the Office of Budget Responsibility’s report last month. The former is still predicting the same kind of “V-shaped, no scarring” recession that the OBR did – this is the idea that we put the economy in “hibernation” during the lockdown but that we’ll just turn it back on again soon and everything goes back to normal.

I find their overall scenario even harder to believe than the OBR’s if only for the reason that the BoE predicts – probably accurately – that things won’t be going back to normal after a few months of lock down. Physical Distancing and other health-protecting measures are likely to remain in place until there is a vaccine (and possibly beyond if we see longer-term restructuring of social spaces to make ourselves more robust against the next pandemic). Supply chains are likely to drastically alter as countries explore the spectrum from “Ensure security of supply against disruption” through to “We’re throwing up walls are self-isolating from the planet.”

The ONS’s report is less predictive and seeks to measure the actual impact on the economy right now. They’ve done this by surveying companies during the crisis to find out what percentage of them have temporarily shut down and how many are continuing operations (even in a limited capacity). Not surprisingly, those sectors that see folk coming into the closest and most sustained social contact have been the hardest hit. Around 80 per cent of the accomadation and food sector and the arts and culture sector have temporarily shut down.

These are also sectors which are hard to operate from within lockdown. The pandemic has caused both a supply and a demand shock to the tourism sector. No-one is travelling, and no-one is selling tourist activities to those who are.

At some point, we’ll be looking towards re-opening these sectors but with tourism especially it seems difficult to see how this could reach anything close to the sought-after “V-shaped” recession.

Think about it this way. Right now, the press is speculating that Boris Johnson will end or ease the “Stay at Home” order this coming Sunday despite the risk of a second infection spike and despite the lack of testing being deployed at the scale needed to prevent one. Even a slight let up in lockdown orders risks a flood of people over-compensating, rushing out and getting infected. We still don’t know if infection confers immunity nor do we know how many people have already been infected (guesstimates range from as low as 2 per cent of the population to more than 40 per cent).

Right now, the ONS data indicates that remarkably few businesses have permanently closed as a result of the lockdown – around 1 per cent – but if there’s a second spike, a second lockdown and a longer extension of that lockdown then that number will rise. The UK’s business support schemes have worked impressively well but there are already signs of it reaching its limits.

Think about the tourism sector in the international sense too. The UK is now the second hardest hit country in the world after the US and while infections and deaths have been dropping, they are dropping at a slower rate than in countries like Spain and Italy.

Imagine yourself as a potential tourist from somewhere that has successfully suppressed the virus – like New Zealand. Because of that suppression, it’s likely that you never caught the virus at all. You’ll be faced with the possibility of considering snubbing the UK for fear of catching the virus while you’re here (never mind while you’re crammed into metal tubes with other potential carriers for hours on end). You may even face the possibility of having to go into quarantine in an isolation facility when you return. More crucially, the same could apply to UK travellers trying to go elsewhere – hardly an ideal version of “seeing the sights”.

We don’t yet know what the final tallies will be – which countries will emerge first or last – but that uncertainty is going to have ramifications for tourism for many months – perhaps years. The countries hardest hit or those who end up with a reputation for lax response will not be high on the list of travel itineraries nor will their citizens be particularly welcome in places that were more successful.

So we may have to consider the longer term impacts on tourism, hospitality. We may have to consider a dedicated stimulus programme for the sector that will be more than just bailing out hotels and keeping staff on furlough – remember, the demand shock is just as important as the supply shock.

We’re probably going to lose this summer’s holiday opportunities but maybe we can consider what might be possible next season. Perhaps, as suggested by Robin McAlpine in a Common Weal forum this week (sign up here for an invite to the next one), Scotland could consider stimulating the demand for domestic tourism while avoiding hitting the barriers of lockdown by issuing a voucher to every household in Scotland to allow them a trip to a Scottish destination or event. Give folk the chance to see their own country in a way that perhaps was denied to them before whilst also cutting down on extremely polluting long-range travel.

Sure, there will have to be some thought put into the detail of this plan – we don’t want to see the scenes from the start of lockdown of folk flooding to vulnerable areas in the islands and overstressing possibly still-recovering healthcare infrastructure – never mind the fragile environment itself. But if it works, it might just encourage people to go back again in future – or to try another hidden corner of our vast, wee country.

As tourism has been one of the sectors hardest hit by the pandemic, so it will likely be one of the sectors most difficult to reopen. Common Weal will be expanding on the thoughts mentioned briefly here over the coming weeks but we do think that there are opportunities here to not just rebuild the sector but to do it in a way that makes it more sustainable and better able to weather future storms. We need to be under fewer illusions that the economy will just bounce back as it was and we need to consider the areas of the economy that we might not want to bounce back as they were.

I do hope that we’ll have the opportunity to travel again soon; however, we need to make sure not just that we’re able to travel to somewhere, but that we have somewhere to travel to.