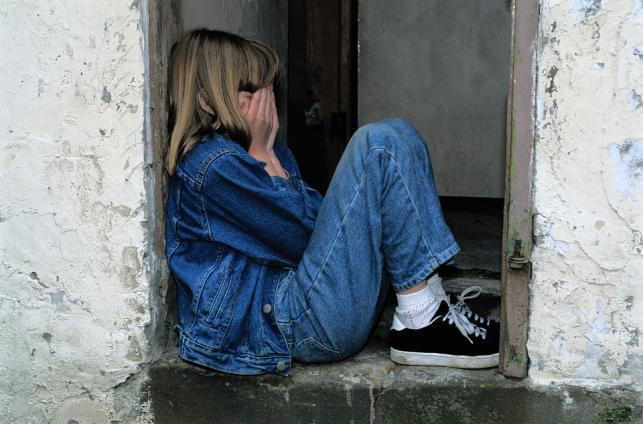 MORE THAN one in six psychiatrist consultant posts in Scotland that support young people’s mental health was found to be vacant, new data has revealed.

A new workforce survey from Royal College of Psychiatrists in Scotland have found that the vacancy rate remains high for those consultants who provide Child and Adolescent Mental Health Services (CAMHS) in Scotland, with 17.5 per cent of vacancies have remained unfilled.

The findings from the survey are alarming comes at the time of soaring demand on CAMHS services across Scotland with around seven out of ten young people referred to CAMHS seen for the three months leading up to June this year.

One patient, Charlie MacKenzie, 21, from Glasgow had to wait eight years to finally get specialist mental health support she needs after suffering from autism and complex PTSD.

She said: “My mental health is better than it was once was, but I still have my ups and downs. If I had been seen quicker way back when this all started, then I might not have had the same mental health problems. We urgently need more psychiatrists, especially within CAMHS.”

Professor John Crichton, Chair of RCPsych in Scotland, said: “These findings are very alarming. We have a workforce crisis on our hands and need more junior doctors to choose psychiatry.

“We have an older workforce with many psychiatrists expected to retire within the next five years.

“At the other end of the spectrum, junior doctors who decide to pursue a career in psychiatry need to spend six years training before gaining consultant status.

“We are also seeing a decrease in the numbers of those choosing to progress from core to higher psychiatric training.

“Simply put, the supply does not meet the demand, and that’s why we’re encouraging young doctors to choose psychiatry and help get our workforce up to speed so vital mental health services can improve.”

The Scottish Government has set a target of 90 per cent of children, and young people should start treatment within 18 weeks once they have been referred to CAMHS.

A spokesperson for the Scottish Children’s Services Coalition said: “It is deeply disturbing that more than one in six consultant posts for those working in Child and Adolescent Mental Health Services in Scotland are unfilled.

“These troubling findings come at a time when we are experiencing a mental health epidemic, with more than a quarter of those being referred to CAMHS in the period April to June not being treated within the Scottish Government’s 18-week target, still in itself far too long.

“As the stigma over mental health problems lessens, which is to be welcomed, there has been an increase in the number of those seeking support. 36,362 children and teenagers sought mental health treatment last year. This figure had increased by almost a third since 2013 when 27,600 young people were referred.

“This is putting pressure on already stretched and under-resourced services and the Scottish Government and other relevant organisations need to do more to encourage entry into consultant positions.”

A Scottish Government spokesperson said: “While there remain unfilled consultant psychiatrist vacancies in a number of health boards, over the past five years we have increased the number of posts and in 2018 we saw a significant improvement in recruitment to psychiatric specialities. There has also been an increase of 15% (11.8 WTE) in the number of CAMHS psychiatrists since this additional funding came into place in March 2016.

“We are investing £54 million in a comprehensive package of support to improve access to mental health services for adults and children, providing funding for additional staff and workforce development.”

The Scottish Government is supporting the Royal College of Psychiatrists Scotland-led initiatives to encourage medical students to consider psychiatry, including the ‘Chose Psychiatry Campaign’, summer schools in universities, welcome packs, and mentoring schemes.