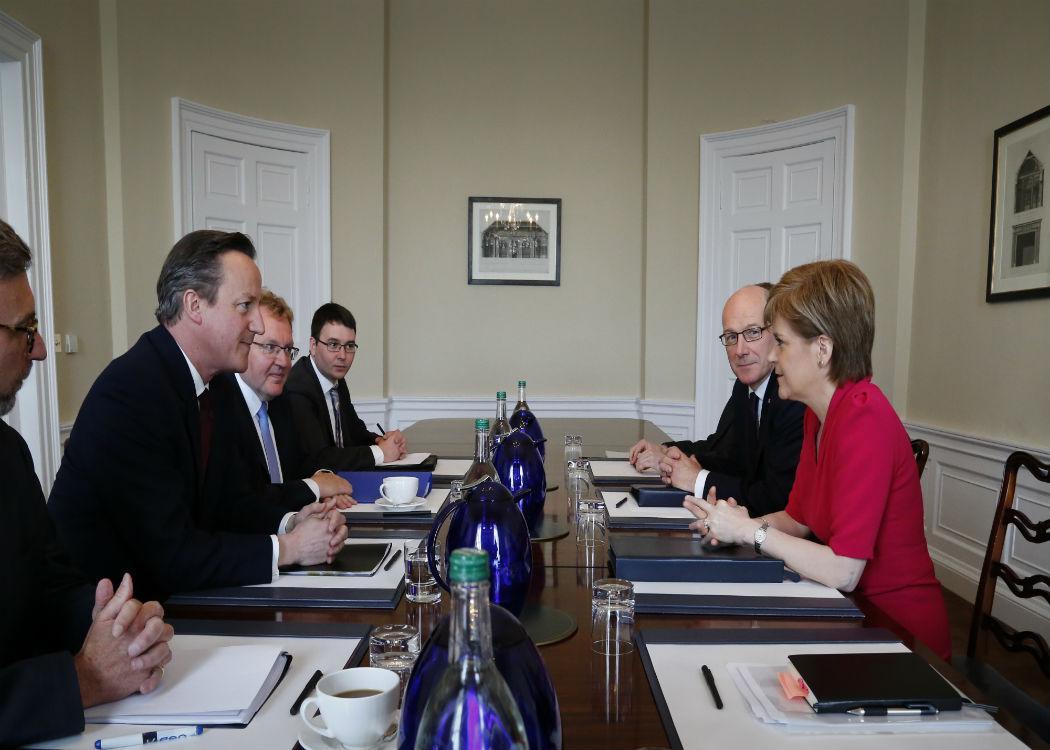 She swept to high office on an unpredicted wave of support for the SNP following the defeat of the pro-independence campaign but 12 months on, how has Nicola Sturgeon faired at the top of Scottish public life?

IT WAS a smooth transition. Alex Salmond, months before his resignation on 19 September 2014, had already informed Nicola Sturgeon of his plans. She, as his loyally serving deputy, was the clear candidate to take the reins.

There was no leadership contest. Sturgeon launched a tour of Scotland as party membership surged towards 100,000. It culminated in a mass gathering of 12,000 people at the Hydro arena in Glasgow. The focus was set on the follow May’s General Election.

That same day in Glasgow – across the road at the SECC conference centre – there was a different mood. Three thousand people, from the remnants of the wider, radical, pro-independence campaign, called for greater action to combat inequality and more ambitious policies from the SNP.

A year on, what has Sturgeon’s leadership achieved? We take a look.

A Land Reform Bill was announced. A commitment to Living Wage accreditation was reiterated. Plans to push ahead on gender equality, higher education reform and support for carers were all prioritised.

On land reform, proposals for rent controls, and a surge in women candidates within the SNP, small steps towards a more equal society have been made during Sturgeon’s first year in office.

The party claims there have been 17 key achievements in her first year.

The challenge from the grassroots: ‘Be brave, Nicola.’

The focus on issues like land reform and housing policy has been driven by grassroots campaigners inside and outside the SNP.

While government efforts have been welcomed, groups like the Our Land campaign and Living Rent have challenged the Sturgeon-led SNP to be far more ambitious with devolved powers to tackle inequality and support economic development. The campaign against a new super prison in Inverclyde succeeded in persuading the government to take a more progressive approach to prison reform.

At the SNP conference in Aberdeen, members called out for more radical action on land reform, opposition to fracking and opposition to the TTIP corporate power grab.

In the lead up to the Scottish elections, Sturgeon faces a challenge to present a manifesto that lives up to these expectations on issues as diverse as council finance reform, health, education and how to use the forthcoming powers over taxation and social security.

The opposition parties at Holyrood have continued to lead campaigns criticising Sturgeon on the basis of devolved policing, healthcare and education.

The most stringent criticism focused on the establishment of a national police force, Police Scotland. The scandal-hit body eventually saw the resignation of its first chief constable amid promises to review the force.

Labour, the Conservatives and the Lib Dems say that not enough has been done to reform education and healthcare, where high levels of inequality remain. However, few substantial reforms to these services have been proposed by opposition parties.

The Scottish Green Party has criticised the SNP for failing to meet targets to reduce CO2 pollution emissions, and states that a greater focus should be placed on an environmental transition that is sustainable.

Irrespective of challenges from inside and outside the SNP, Sturgeon’s first year as leader has been an undeniable electoral success.

The main challenge – the General Election – witnessed a political tsunami of a historic magnitude. The SNP triumphed in 56 of Scotland’s 59 constituencies and recorded half of the popular vote. Labour received its worst voter share since 1918. The Tories had their worst performance since 1865.

Jim Murphy, at first hailed in the media as a potential Labour saviour, was forced to resign .

Opinion polls continue to suggest that the SNP surge has continued since the General Election, with all predictions placing Sturgeon’s party on course to win a majority again in 2016.

Bubbling under the surface, and partly outwith Sturgeon’s control, has been the UK’s constitutional crisis.

The great hope of the party’s election campaign was that the SNP could play a decisive role in negotiating far greater powers in the Scotland Bill. As Tory MPs seized a majority in England, that plan dissipated on a May morning.

Instead Sturgeon has been left to challenge the Scotland Bill – and all other unpopular Tory measures on austerity, Trident, the anti-Trade Union Bill – from the opposition. Small delays have been achieved on issues like revoking the Human Rights Act. But the main theme and challenge of the referendum campaign remains Sturgeon’s greatest challenge.

Policies will be imposed by Westminster , resulting in even greater financial cuts. Extra powers provided only a limited lifeline . In this context can Sturgeon lead her party and government through a constitutional crisis and towards her ultimate object – a second independence referendum and an independent Scotland?