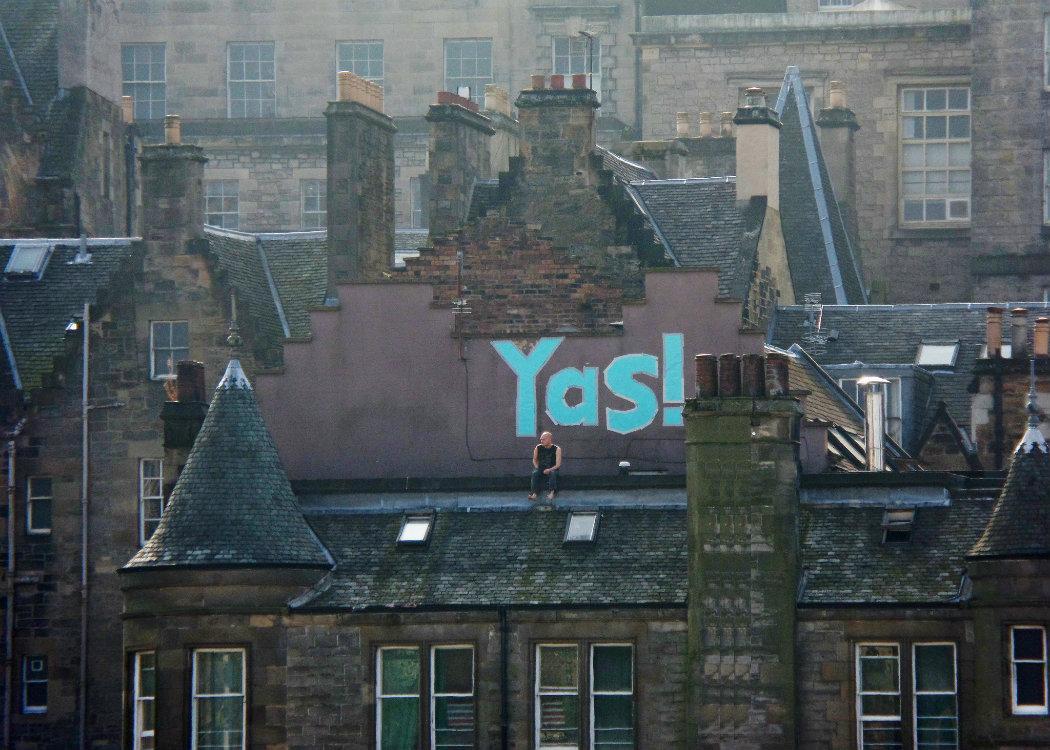 Meet the young, pro independence activists on the anniversary of the referendum

ONE YEAR on from the referendum, this is what Yes youth activists have to say about the future of Scotland and the type of society they want to live in.

Young people played a vital role in the referendum campaign. These are just a few of the youth Yes voices, and here are their dreams for Scotland’s future.

“I’m a feminist and I made no apologies for that. I want to see more women out there campaigning. The referendum was amazing at energizing women, particularly young women, but we need to keep training women to be involved in politics. It’s intimidating. I’m confident and it’s still intimidating.

“Women are not a part of society that cooks and cleans. We can govern, guide and represent. Not having enough women in Parliament means that a 50-something-year-old representative thinks tampons should be taxed simply because he’s never had a period. It’s really important that we have representation in parliament – and that goes for all underrepresented groups, like ethnic monitories and LGBT groups.

“Youth politics has soured but it’s difficult to sustain. Young people are involved in hobbies and activities. We need to make politics accessible to young people who just want to understand it and get a bit involved. It’s been missing and lacking since the referendum.

“After independence, I’d like to see a broad divergence of parties in Scotland – Even a new right wing party that isn’t the Tories – to ensure that a good debate is had.

“I want to live in an equal, feminist, socialist society. Everybody should be a feminist.”

“I’d like to see an exciting and diverse debate around the Holyrood election that continues to sustain a vibrant debate.

“I want to see folk continuing to take active responsibility to campaign against Trident and to welcome refugees. So long as we have a strong and lively civic life, only good things can happen. I want to see a continuation of people’s boldness to delve into debates, and access ideas that are within the parameters of vision and ideology, rather than getting bogged down in petty arguments.

“In my lifetime, I want to see Trident abolished, a fair foreign policy, and a free, quality education that is safeguarded. I want a politics for and by the people.

“My motto is ‘work as if you live in the days of a better world’. It’s about the idea of grafting, which was central in the referendum. But despite a continued need to imagine and work towards a better world, we are en route already. Those ideas are here – we just need to inhabit them.”

“In the short term, one of the things to come out of referendum was a public that are more engaged with the media. People became good at paying attention. Continuing to move forward and look ahead, I hope that the public sustains that level of political literacy.

“One of the big problems we have with the media is that politicians are not good at challenging it. The refugee crisis is a good example of this. Politicians were scared to challenge it as they thought it would lose them votes. The referendum made us aspire to be a better society, and people actively challenged the media.

“I want to see more people seeing politics as something that involves them. The idea that independence is a ‘once in a lifetime issue’ because the SNP says so is nonsense. I don’t care what one party said. When people get together and collectively decide to change something, it’ll change. I want more power to be in the hands of people, and for more people to understand the power they hold. I want people to know that they can change thing, and that issues are bigger than parties.

“Independence is still my goal. Ultimately, it’s because I believe in localism. People should be devolved to people are affected by the decisions of government. Westminster is too removed from Scotland to be an effect plane to govern from. Regardless of how progressive the policy agenda is in Westminster, we are still left in the position that one country holds 78 per cent of the vote – that problem still exists.

“A legacy of the referendum is that there are massive groups of the population now that are engaged in politics like never before, and are experience campaigners and activists. When the second referendum hits, there won’t be people finding their feet. They’re already on their feet.”

“What made the referendum special was that the level of engagement was incredible, and the diversity of the movement was what made it unique and special.

“My favourite thing about referendum was that 16 and 17 year olds were given the vote. People often say young people aren’t interested in politics, but we’re often more educated and engaged than our older counterparts. When it comes up to 2016, the youth movement will be huge. When you have a politically engaged populous from the age of 16 up, you’re going to get a better society. And that’s something I’m looking forward to.

“We need to ensure that a political space is given to provide a voice for young people. I would urge all parties to not shy away from giving young people responsibilities in their parties. Parties set up token trinket roles for young people – give us real jobs.

“As for independence, I believe it’s inevitable. It’s about changing peoples mind over time about what a socially just society might look like.

“I’m left wing, and I think economics is what forms society. We can fulfill a role in society by eradicating poverty. That can only happen with independence and self-respect. Economic circumstances create our social fabric.”

“In the short-term, we cannot let this level of engagement fizzle out. We need to strive to uphold it. Every party, not just the SNP, should be seen to actively encourage young people to engage with and be inspired by politics to keep that momentum going.

“My vision for the future of Scotland is one in which politics never reverts back to being about old men in suits. I hope that women continue to be involved, and that the three main leaders here in Scotland draw upon their power to encourage and empower women to get involved in politics.

“I want to ensure that Westminster is held to account over ‘the vow’ – Scotland deserves better than this, and we want to fight to change it.

“I want a society that values the opinion of young people. We are often seen as an afterthought, or that our opinions need to be educated further. The opinions of young people must be valued and listened to in a civic society.

“All eyes were on Scotland during the referendum, and the world was listening. I want us to seize that opportunity and add our voice to the world stage.”