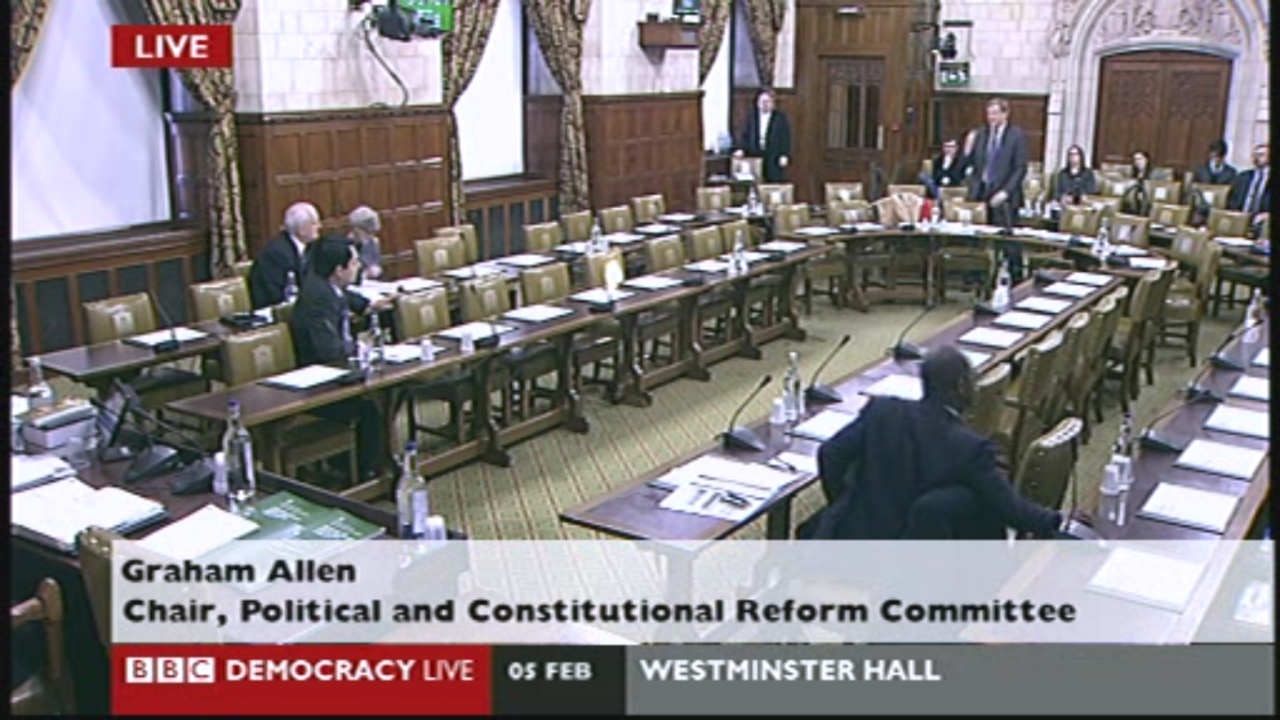 MPs fail to engage in discussion on improving democracy

A DEBATE was held in Westminster Hall to discuss increasing voter engagement on Thursday – but only five MPs bothered to turn up.

The debate took place after Westminster’s political and constitutional reform committee had made proposals to encourage voter participation (read more).

These included suggestions such as enabling voting online or at the weekend and public holidays.

Prior to the debate, Labour’s Graham Allen MP, chair of the committee had said in a statement: “If we do not take urgent action to make elections more accessible to the public and convince them that it is worth voting we will be facing a crisis of democratic engagement.

“It is now for the political parties and next parliament to take forward this work and re-engage the electorate, so that participation at future elections is much higher.”

However, at the debate when asked if he supported a ‘none of the above’ option on the ballot paper, he said that “sometimes politics is about who you like the least” and that young voters had to be “mature enough” to realise that.

National Voter Registration Day is organised by campaign group Bite the Ballot who hope to register 250,000 people on a single day by holding a series of rallies in workplaces, universities and schools.

There have been concerns that the move to individual voter registration – in which people have to sign up individually – risks disenfrachising a million people.
In order to be able to vote in the general election on 7 May, people have to be on the register by 20 April.