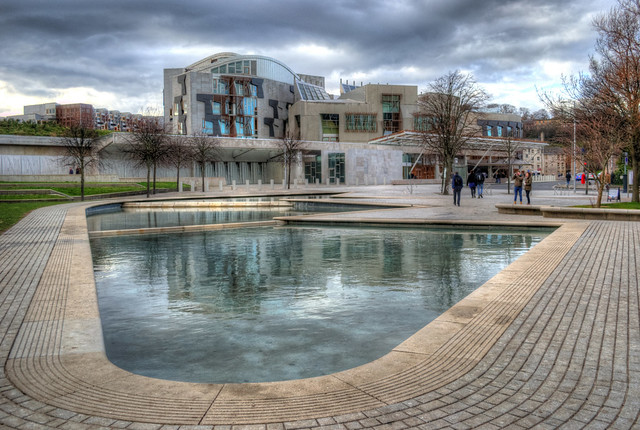 The following open letter, submitted by Severin Carrell, Rob Edwards, James McEnaney, Ally Tibbitt and 36 others to the Public Audit and Post Legislative Scrutiny Committee in its call for evidence for its review of the 2002 Freedom of Information (Scotland) Act, is being published jointly by CommonSpace and The Ferret. The deadline for submissions to the Committee has been extended to 21 June.

We welcome the review of the Freedom of Information (Scotland) Act 2002 being conducted by the Scottish Parliament’s Public Audit and Post-legislative Scrutiny committee, and appreciate the opportunity to contribute.

This submission is being made on behalf of practising journalists working across the news media who make frequent use of freedom of information laws in Scotland and the UK, and is a compilation of our individual and collective concerns.

Many signatories to this submission signed the original open letter, of 31 May 2017, setting out concerns about the handling of information requests by public bodies which was sent to the Scottish parliament panel responsible for appointing the current Scottish Information Commissioner, Daren Fitzhenry, and to the Scottish Government.

We welcome the commitments made in June and July 2017 by the then minister for parliamentary business, Joe Fitzpatrick, to improve the Scottish Government’s handling of information requests. In some key respects, our experience is that its processes have improved in line with those commitments. However, we agree with the committee there are a number of reasons to review the legislation.

We still experience problems with the Scottish Government and have had repeated difficulties accessing information from other public bodies, including the NHS, local authorities, Police Scotland and universities. We believe there are strong, substantive reasons to consider updating, strengthening and expanding FoISA, many of which echo the suggestions made by Mr Fitzhenry in his evidence to the committee on 10 January 2019.

Many of the journalists who have signed this submission have encountered recent problems. Those include:

• The direct involvement of government special advisers and ministers in the sifting, clearing and blocking of information requests to the media

• The frequent involvement of press officers across the public sector in the handling of information requests, and evidence media requests are still being treated differently to those from members of the public

• Huge variations in the quality and pace of information request handling across the public sector, with some bodies routinely mishandling requests

• A seemingly widespread shortage of staff dealing with requests, or a downgrading of the importance attached to information requests, leading to delays which breach statutory deadlines

Because of these experiences, we believe there is a compelling case for the legislation to be expanded and strengthened, and endorse many of the points made by Mr Fitzhenry.

The act was written before digital technology and storage was in widespread use and we agree with Mr Fitzhenry that public bodies should make much greater use of open data, with much greater emphasis on voluntary publication of data, procurement contracts and so on. In general, the public sector needs to invest much more heavily and consistently in open data and information disclosure, underpinned by new legislative standards of transparency. It is remarkable how many times public bodies repeat failures to properly handle information requests after the SIC has upheld complaints in exactly those areas.

We would welcome consideration of whether the following is also needed:

• A clear duty to record, where civil servants are empowered to ensure meetings and other communications by ministers, special advisors and civil servants with external bodies or individuals are minuted or archived, except in strictly limited circumstances

• Expanding FoISA to bodies that derive all, or a substantial proportion of, their revenue from the public sector, including regional hubcos which oversee infrastructure contracts under the Scottish Futures Trust’s hub programme, Cosla and the Improvement Service

• Limiting the rights of ministers and special advisers to oversee or influence information requests under FoISA, except in prescribed circumstances authorised by senior civil servants

• Much clearer duties on public bodies to follow best practice in the handling of requests, and to have regard to previous rulings by the SIC

• A review of the misuse of exemptions by public bodies which are frequently overturned on appeal, particularly S30 covering “prejudice to effective conduct of public affairs”

• A review of whether the sanctions for breaches of FoISA and the EIRs available to the SIC should be strengthened, to improve compliance

• Whether the SIC should itself be subject to stricter time limits in handling appeals, which may involve increasing its budget, and whether Scotland should have an independent process to review SIC decisions, similar to the Information Tribunal in place for the UK Information Commissioner

Our freedom of information legislation has greatly improved the transparency and accountability of government and public sector bodies in Scotland. Even so, these examples and the continuing problems we encounter with the application of this legislation, as well as the significant advantages for transparency offered by the digital information revolution, suggest to us a refresh of the legislation is needed.

We hope our comments make a constructive contribution to that process. We would be very happy to provide additional information on any of the matters we have raised, in whatever way would be most helpful to the committee.

Chris Diamond, chair of Glasgow Broadcasting Branch of the NUJ