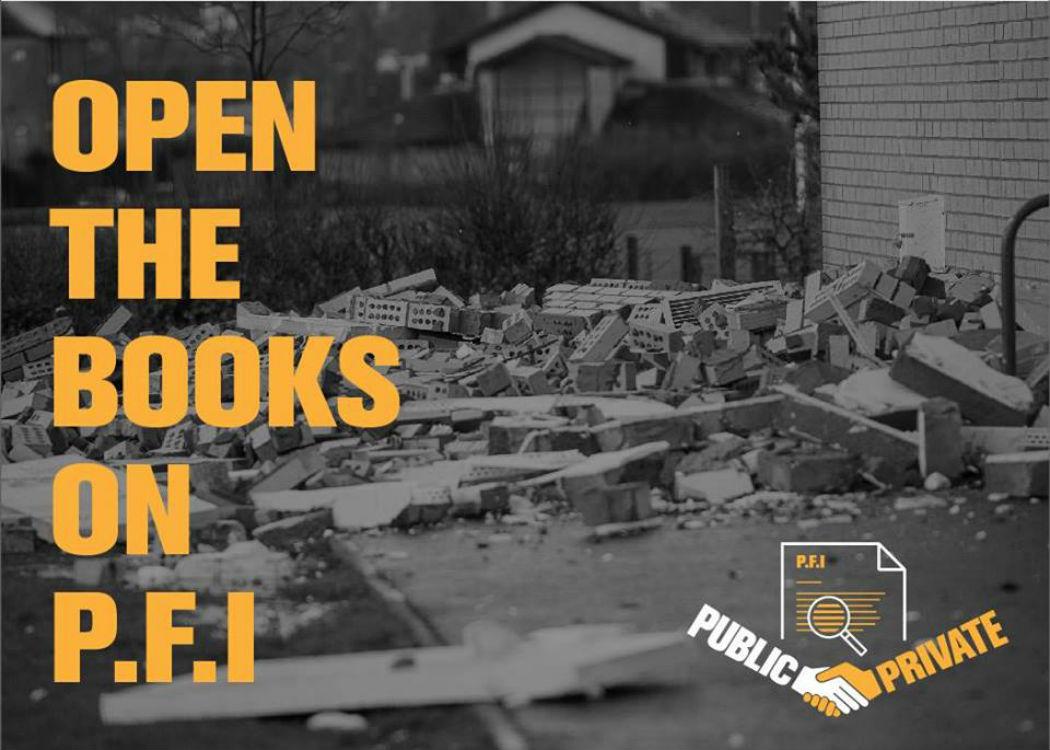 A PUBLIC meeting in Edinburgh will see leading anti-public debt campaigners and economists call for the Scottish Government and Scottish local authorities to ‘open the books’ on all extant Public Private Partnership (PPP) contracts.

The event has been called after 17 Edinburgh schools constructed under the same PPP contract 10 years ago were closed following the collapse of a school wall at Oxgangs Primary school. The buildings are being investigated for structural faults

The meeting, jointly organised by Common Weal, Jubliee Scotland and People vs PFI, will be addressed by economists Jim and Margaret Cuthbert; Malcolm Fraser, one of Scotland’s leading architects who resigned from the Scottish executive panel over the construction of PPP schools ; Kirsty Haig of the anti-debt campaign Jubilee Scotland; and Joel Benjamin of People vs PFI, a leading researcher and campaigner against debts incurred by local authorities through PPP.

It will take place at Quaker Meeting House in Edinburgh (see here for more details) . For those who can’t make it, CommonSpace is hosting Independence Live’s stream of the event below from 7pm.

Ben Wray, head of the Common Weal think-tank’s policy unit, said: “The closure of 17 schools in Edinburgh has provoked outrage and fear in equal measure at PFI.

“Outrage that children’s lives could be put in danger because of something so irresponsible as wall ties not being attached to the building of schools. Fear that such incompetence could be manifest in other buildings in Scotland.

“Common Weal, alongside People Vs PFI and Jubilee Scotland, are trying to challenge the secrecy and extortionate cost of public-private contracts. This public meeting will hear from some of the foremost campaigners and researchers on public-private partnership in Scotland and the UK.”

The meeting is being held to coincide with the Scottish elections this week, which take place on Thursday 5 May.

Wray said it was important that pressure was maintained on the issue of PPP no matter who was elected: “We’re holding it two days before the Scottish election because we want to lay down a marker – this is an issue that is not going to go away; we are going to be putting pressure on for action to be taken whoever the people of Scotland elect on 5 May.”

PPP contracts, which use financing from the private sector to produce public works such as schools and hospitals were a flagship policy of the Scottish Parliament’s early Labour-dominated governments.

SNP leader Nicola Sturgeon has called for an inquiry into PPP deals in Scotland.

The meeting has also been launched to support a petition for the same demands hosted by 38 Degrees , which had recieved over 1,000 signatures by time of publication.