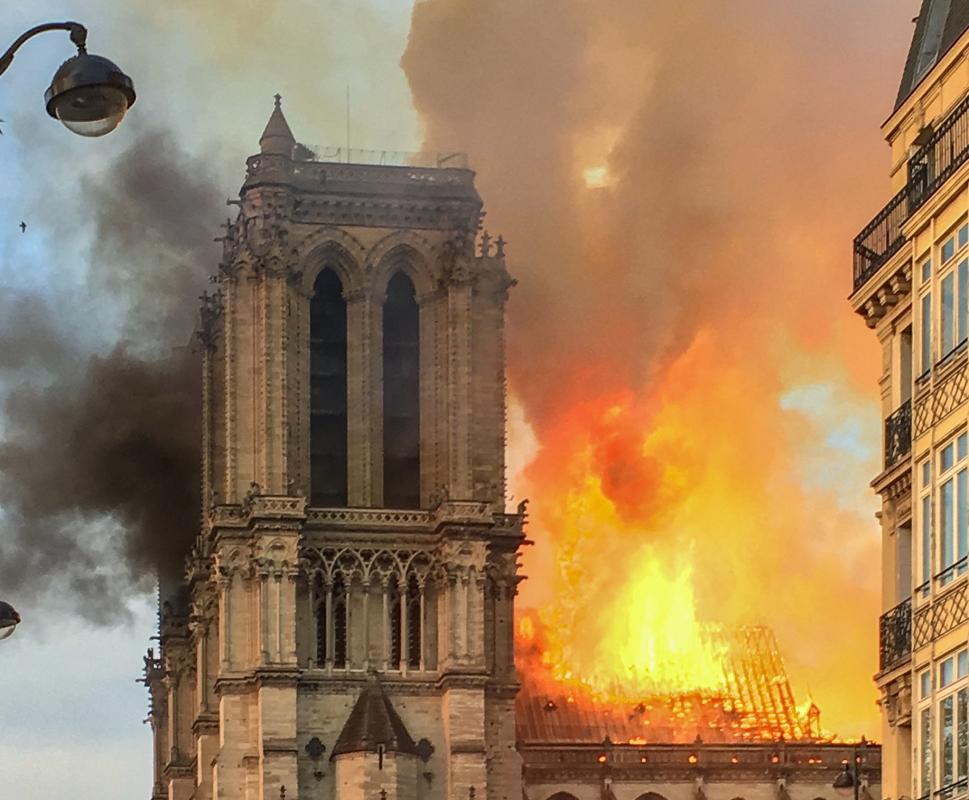 In Opinion, Jay Sutherland argues that the outpouring of financial support for Notre Dame highlights the need for the west to address its colonial past.

The apparent tragedy that is engulfing Europe in its own flames, beyond the destruction of our Earth and beyond the damaging effects Brexit is the fire of Notre Dame cathedral. Europe’s billionaires are coming to its aide, people are posting photos on Instagram about how they were touched when they visited, or writing of how they are crying through the night. Something about this isn’t sitting right with me and with many others.

Now I’m not saying that it’s not worth saving – art and architecture are a vital parts of our daily lives and the built environment we live in affects us. What bothers me is the double standards in how both France, a nation with a deeply imperial past, and the rest of the western world, is treating this.

Yesterday, the AFP reported that the total amount pledged had reached 850 million Euros – all because the physical embodiment of their culture is burning all while the same people (the French Government, Europe’s elite and the Catholic Church included) have sat back, watched and often taken part in the destruction, looting and killing in the name of Christianity and or ‘western values’. The west cannot and will not recognise their own responsibility in causing trauma for millions. And all the while, the spoils of colonialism sit in European or American museums.

In France alone, there are about 90,000 African artworks in museums

Only last year, a report was released titled The Restitution of African Cultural Heritage, which outlines exactly why and how thousands of priceless objects should be returned to Africa from France. In France alone, there are about 90,000 African artworks in museums, most of them housed in the Quai Branly museum.

Last year, French president, Emmanuel Macron said that the nation would return 26 objects to Benin, all of which were looted by French colonial forces in 1892.  However, the report’s authors, Bénédicte Savoy and Felwine Sarr, recommended that all objects removed without consent from Africa to France be permanently returned, if the country of origin asks for them – something that France is not willing to do.

This ambivalence is hardly a surprise, when we look at the silence surrounding the million killed in Iraq, or the USA’s avoidance of educating children about Hiroshima. Imperialism relies on history being on its side. Where were the billionaires when Grenfell burned? Nowhere to be seen it seems, as so many of the tower’s residents are still displaced to this day.

Europe’s relationship with its past is filled with avoidance and whitewashing.

If you have time to grieve about Notre Dame, then you’re not looking at the bigger picture. Europe’s relationship with its past is filled with avoidance and whitewashing. Even here in Scotland we tend to look at our ancestors as progressives in the time of the British Empire’s slave trade. Yet we ignore the fact that the very streets we walk on were named after slavers and the statues we sit under depict those who ruined the lives of so many.

When Macron was asked at the G20 summit in Hamburg why there was no Marshall plan for Africa, he said that Africa had “civilisational” problems. He added that part of the challenge facing the continent was the countries that “still have seven to eight children per woman”.

Even here in Scotland, we are so keen to cling onto the idea of us being the ‘good guys’.

What is most frustrating is when trying to get the western world to address the past is that it becomes a battleground. Even here in Scotland, we are so keen to cling onto the idea of us being the ‘good guys’.

A recent video titled ‘Glasgow’s slave trade past is all around us’ was published on BBC social, a Scottish Facebook page aimed at young people. Comments on the video included people saying that wanting to recognise the past by putting the names of the victims of slavery up on the statues is ‘‘erasing history’’ or ‘’If you don’t like it go live somewhere u feel comfortable. We like it it’s our glasgow so leave it alone’’. Even the soft approach of putting an explanatory plaque on these statues was not an acceptable intervention by the majority of those commenting.

The Notre Dame fire may be sad, but it is nowhere near the tragedy of France and Europe’s impact on Africa and much of the world.

If you read CommonSpace, support us here