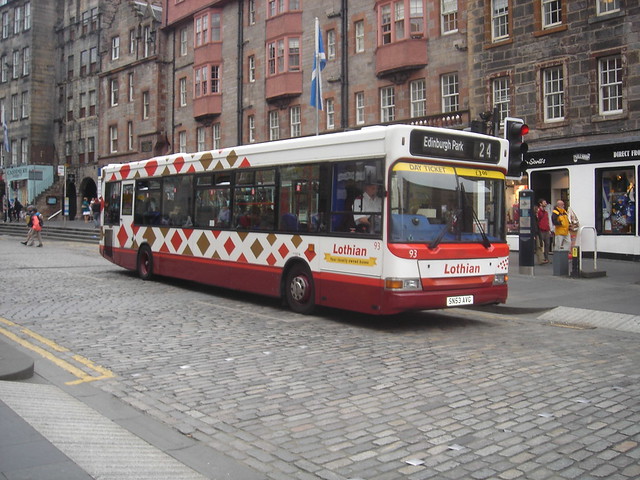 While the Scottish Government’s Transport Bill passed at Stage 1, MSPs were dismayed by what many perceived as a lack of ambition

THE Scottish Government’s Transport Bill has passed at Stage 1, with its general principles being agreed upon by the Scottish Parliament, despite widespread criticism from opposition parties regarding what many MSPs characterised as its lack of ambition.

The first major debate of the bill’s legislative progress came this afternoon [4 April] in the wake of fresh calls from Scottish Labour to strip Abellio of its ScotRail contract in favour of public ownership, following revelations that a total of 110,661 claims for refunds were made by passengers delayed by ScotRail – an increase of 52 per cent compared to the previous year.

Transport secretary Michael Matheson – who today argued in the Herald newspaper that the Scottish Government’s “bold commitment” to low emission zones (LEZs) was “incredibly important” and “relevant to all of us who wish to enjoy cleaner air and less polluting emissions in our urban hubs” – opened the debate by emphasising the improvements to Scotland’s transport system the bill hopes to deliver, and argued that the legislation should be seen as part of “the bigger picture”.

The bill, Matheson said, will include measures addressing air quality, technical improvements, increased financial flexibility for public bodies, parking issues and the safety and efficiency of roadworks. As such, Matheson said, “It aims to help develop a cleaner, smarter and more accessible system for the travelling public across Scotland.”

Matheson went on that the Scottish Government’s commitment to low emission zones should not be seen in isolation, and had the potential to affect a number of national transport issues: “In addition to this Bill, there is a host of other non-legislative work going on across my portfolio to drive improvement.”

However, opposition parties were united not just in criticisms of individual aspects of the bill, but in their disdain for the legislation’s lack of ambition.

Representing the Rural Economy and Connectivity Committee, Tory MSP Edward Mountain restated the committee’s view that the introduction to LEZs will require broader improvements in public transport across Scotland, and expressed doubt that local authorities had the necessary resources to implement such reforms.

Greene further argued that the bill contained little long-term planning to improve community travel and transport, particularly for the elderly and rural areas, or any proposals to deliver “dramatic improvements to railways, our ferries, or a radical overhaul of the state of Scotland’s roads.”

Scottish Labour’s transport spokesman Colin Smyth also attacked the “timidness” of the proposals. Despite welcoming the introduction of the LEZs, Smyth stated that the lack of clarity regarding their implementation could “actually end up slowing down the change needed to tackle air pollution.”

While Matheson indicated his openness to the possibility of introducing and expanding publicly-owned bus services, promising that “we will listen”, Smyth reiterated Scottish Labour’s support for such an option.

Smyth said: “We need radical changes to the way buses are run in Scotland to protect the lifeline services currently being axed and to stop the big companies simply cherry-picking the most profitable routes.”

Smyth also reiterated Scottish Labour’s previous stated opposition to the workplace parking levy, which was introduced as part of the budget deal between the Scottish Greens and the government earlier this year.

In response, Green MSP John Finnie accused critics of the levy of “rank hypocrisy”, highlighting Labour’s support for a similar scheme in the run-up to 2017 council elections in both Edinburgh and Glasgow.

However, Finnie echoed Labour and the Tories in their disappointment with the bill’s ambition, saying: “This is a piecemeal Bill – it is conservative in outlook.”

Finnie expressed his support for the views of the third sector organisation the Poverty Alliance, the submission of which to the Transport Bill’s consultation called for an expansion of concessionary travel schemes for those on low incomes, the inclusion of bus service improvement plans in the Transport bill, and action – by regulation if necessary – to bring down fares, “given the clear failure of the market”.