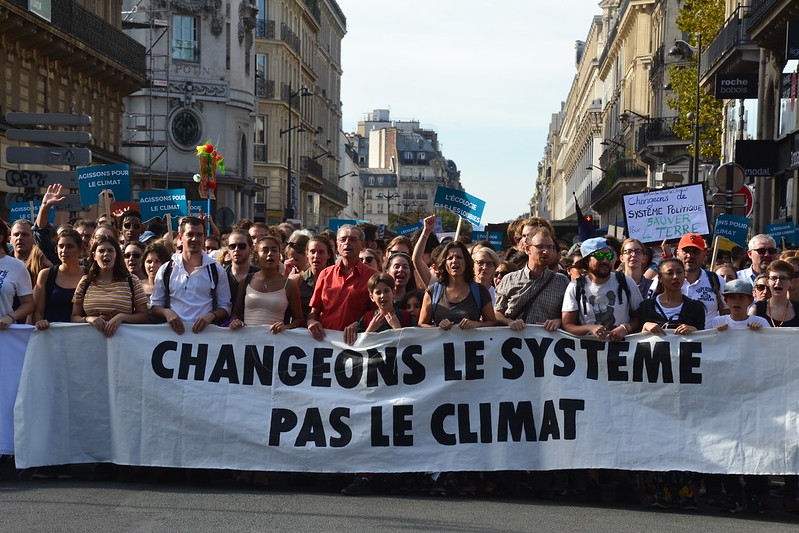 Dr Keith Baker and Dr Geoff Wood argue that averting climate catastrophe requires more than targets and simplistic policies, but a strategic approach to a transition that cannot be reversed

ANYONE who relies on the media to keep them up to date with science would be forgiven for thinking that climate change is something we have only recently come to understand, but it is now 172 years since the American diplomat George Perkins Marsh told the Agricultural Society of Rutland County (Vermont, USA) that “but though man cannot at his pleasure command the rain and the sunshine, the wind and frost and snow, yet it is certain that climate itself has in many instances been gradually changed and ameliorated or deteriorated by human action.”

Yet it is only 31 years since the establishment of the Intergovernmental Panel on Climate Change, 29 years since its First Assessment Report, and 27 years since the signing of the United Nations Framework Convention on Climate Change (UNFCCC) at the Rio Earth Summit. And now the science is saying we have just 12 years left to avert a climate catastrophe, and a fraction of that to take the steps necessary to begin a rapid transition to a fossil fuel-free society.

We should be in no doubt that achieving this transition means completely eliminating three major industries – coal, oil and gas – whose global gross domestic product easily runs into trillions of dollars. This means that those industries, and the governments who permit them to operate, must limit the extraction of fossil fuels to, at most, two thirds of oil, half of gas, and under twenty percent of coal from currently available resources. This means that once we eliminate these industries, they must stay closed, and not reopened by political parties trading jobs for votes. This means a complete global ban on fracking and other forms of unconventional extraction. This means enabling the millions of people employed by those industries to transfer their knowledge and skills to developing and deploying non-fossil fuel technologies, creating millions more new jobs in renewable and low carbon energy industries, and training the workers we will need to fill them.

Beyond the energy sector, this means building the supply chains we need to supply non-fossil fuels, which means policies to decarbonise the energy sector need to be enabled and supported by policies covering buildings, planning, transport, agriculture, forestry, land use (and land ownership), and every other aspect of our environment, economy and society, and at every level of them. This means every one of us will be affected by this transition, from the wealthy who will need to reduce their energy use, to the poorest who will need to be enabled to use energy if the transition is to be an equitable one. And achieving that latter goal means ensuring the best possible evidence is brought to bear to ensure the choices we make as part of delivering the transition do not result in unintended consequences that serve to exacerbate inequality and inequity, be that between individuals, communities, or countries.

Back in 2017, and fresh from a seven year project that tracked Scottish renewable energy policy through the two referenda, we began work on an ambitious new book to capture the global picture of how close we are to achieving those energy policy goals, and the results are sobering reading. Originally sub-titled ‘The Long Goodbye’, The Palgrave Handbook of Managing Fossil Fuels and Energy Transitions contains 25 chapters contributed by 30 internationally-recognised experts, covering the technological, environmental, social, economic, political, legal and policy aspects of managing the decline of fossil fuels, covering Africa, Asia, Australia, Europe, North America, South America and the Pacific.

Highlights include Prof David Elliott of the Open University (UK) on carbon capture and storage; Dr Paul Dorfman of University College London and founder of the Nuclear Consulting Group on the long goodbye to nuclear power; and Prof Andrey Konoplyanik of Gazprom Export LLC on the risks and challenges for Russia. The latter being a particularly provocative chapter in which Prof Konoplyanik considers whether climate change is being used to justify an energy trade war between the USA and the EU and Russia. (Sadly, we kid you not, and we debated long and hard as to whether to include this chapter, but it is important evidence from a very senior source).

All this evidence leads us to conclude, more strongly than ever, that this long goodbye must now be managed into a final farewell in little over a decade, perhaps not so much a managed decline as a leap off a cliff, but with a safety net for all those it will carry with it. Or, in the words of Greta Thunberg, we must now act as if our houses are on fire.

And yet despite all the evidence, political discourse still focuses more on targets than the development of strategic and fully-costed plans to achieve them, and now there is the danger that NGOs and civil society organisations will be drawn into supporting simplistic policies for achieving those targets fast, and at the expense of achieving the wider societal changes that will be needed to ensure that the changes we make now will ensure that that transition can be sustained indefinitely, and that no one is left behind.

This is why Common Weal’s Our Common Home plan is so important. The plan doesn’t just set targets, it sets out a fully-costed and equitable pathway to tackling climate change and transitioning to a sustainable society. Yes, that headline figure of £170 billion is based on Scotland becoming an independent country but, whilst many of the plans proposals for energy can be pursued to a greater or lesser extent within the Scottish Government’s existing remit, it is becoming ever harder to argue against the evidence that progress is being hampered by the reservation of responsibilities for energy. And the more Scotland continues to outpace the rest of the UK, the more the costs of managing this energy policy gap will grow, and the harder it will become to need the needs of Scottish communities whose interests are, at best, barely represented at Westminster.

Its energy policies are ambitious, but they are also realistic, and the five new bodies that underpin them are already under development, and, dare we say it, they are more important than securing full independence. So whilst they are a challenge to unionists to come up with something that will deliver more benefits, cost less, and still meet those precious targets, they are also a peace offering, asking them to work with us to get what the evidence tells us needs to be done now into practice before it becomes too late to avert that climate catastrophe.

It’s 172 years since Perkins Marsh first warned us about climate change, and now we have no more time left.

Dr Keith Baker is a Co-founder of the Energy Poverty Research initiative and a member of Common Weal’s Energy Working Group.

Dr Geoff Wood is editor of Palgrave Macmillan’s Energy and Climate Change series and a member of the Energy Poverty Research initiative.