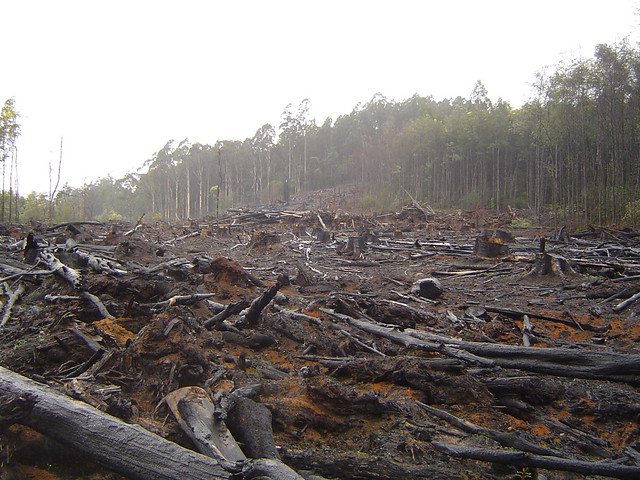 CommonSpace speaks to Cath Andrews of Ecological Defence Integrity, who seek to have wide-scale environmental destruction ranked alongside genocide and war crimes under international law

AS ENVIRONMENTAL activists around the world press for greater action to combat the climate emergency, much attention has understandably been paid to their high-profile campaigns, such as this year’s climate strikes, and to proposed legislative solutions, such as the various formulations of a Green New Deal being considered in both the United States and Scotland.

However, Ecological Defence Integrity, a non-profit organisation founded in 2017 by the late UK barrister Polly Higgins and the environmental campaigner Jojo Mehta, is now working towards a legal approach to ending environmental destruction – by gaining recognition of ‘ecocide’ as an atrocity crime in the International Criminal Court.

As defined by the EDI, ecocide is the “serious loss, damage or destruction of ecosystems, and includes and climate and cultural damage.” Should this be recognised as an atrocity crime, it would rank alongside genocide, war crimes and crimes against humanity in international law.

Ahead of the International Criminal Court’s annual conference at the Hague in December, CommonSpace spoke with EDI representative Cath Andrews about ongoing efforts to ratify and enforce a law against the large-scale destruction of the natural living world.

Under the rules of the ICC, any member-state, regardless of size, can propose an amendment to the court’s governing document, the Rome Statue. This amendment can be adopted with a two-thirds majority. Coupled with the fact that any member state can then ratify and enforce, this makes it the only global forum where ecocide can be outlawed by those nations which suffer from its effects – and place those who continue to pollute in the dock.

Regarding the future prospects of such a law, Andrews explains: “The earliest an amendment could be proposed is 2020 (three months must pass before it can be discussed at a meeting of States Parties).

“We have not yet drawn the necessary line making ecosystem destruction morally unacceptable – and that is what is needed.” Cath Andrews, Ecological Defence Integrity

“We are working with Pacific small island states. Diplomatic confidentiality means that we are unable to disclose all developments, but leading Pacific voice Vanuatu has publicly acknowledged working with us.”

Despite the process of enacting such a law being in the early stages, Andrews argues that its eventual success is “inevitable”, given the urgency of the current global environmental situation.

“We believe a law of this kind will be inevitable at some point given the current state of ecological emergency we are witnessing,” says Andrews. “We consider it our job to speed up its establishment, and that’s why we’re working with those who have the biggest incentive to table it – the islands at the sharp end of climate change who are already going underwater, suffering typhoons and extreme weather events on a regular basis.”

While there may be a sense of moral outrage amongst many over the current climate emergency and what activists view as an insufficient response from the world governments, the EDI’s hopes of bringing a binding legal component to the crisis go further, Andrews explains – something which has proven to be a source of difficulty in advancing a recognition of ecocide in international law.

“Our main obstacle is one of perception,” Andrews says. “Those who are deeply embedded in the current economic thinking find it very hard to grasp what many land-based and indigenous cultures know as the simple truth – we cannot continue to destroy the ecosystems that sustain us if we are to survive and thrive on this planet.

“But we have not yet drawn the necessary line making ecosystem destruction morally unacceptable – and that is what is needed. In our so-called ‘first world’ culture, that line is drawn by criminal law. No amount of climate litigation will draw it, and no amount of regulation will draw it. As one head of a UK bank said a few years ago, when asked why the bank continued to fund ecocidal activities: ‘It’s not a crime.’”

Despite the EDI’s focus on international law, Andrews does not discount the necessity of legislative and campaign-based efforts to combat environmental destruction.

“All are important,” Andrews argues, “but it is criminal law that shifts the cultural moral baseline. The harm will continue until it is no longer permitted. So, while political and campaigning approaches are all hugely helpful, without ecocide law they are infinitely steeper roads to climb.

“We see this law as the key to unlocking a different way of approaching both human activity and our relationship with the natural living world.  It shifts the baseline towards a fundamental principle of ‘first do no harm’.”