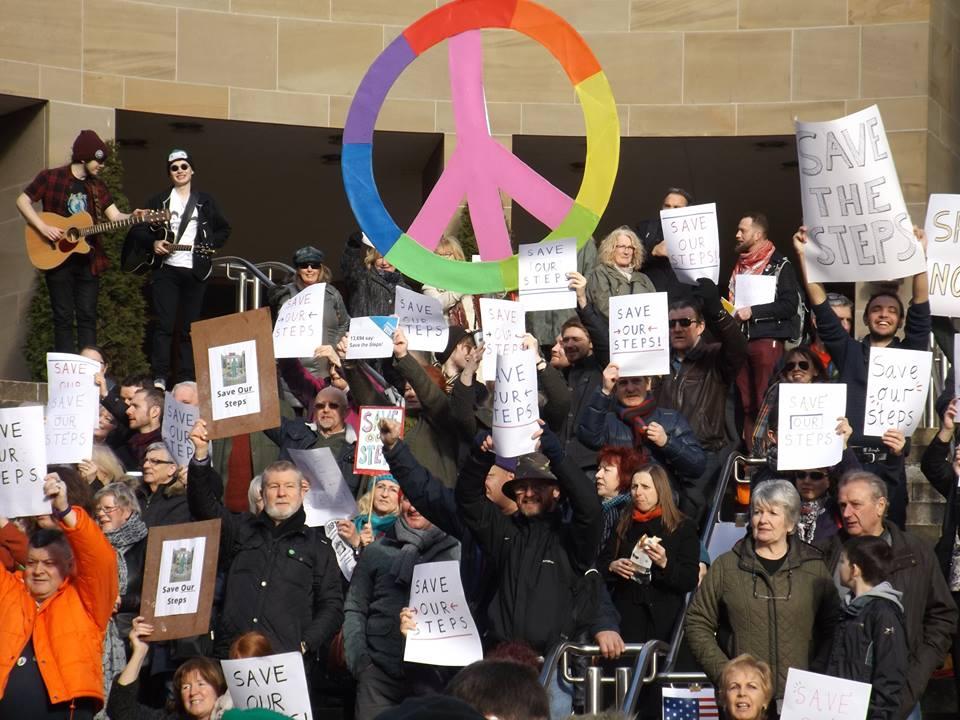 ‘Primary civic space’ in Scotland’s biggest city will be lost

HOPES of saving a public space in Glasgow’s city centre have been dashed after Glasgow City Council’s planning committee supported the demolition of the concert hall steps.

Members of the committee passed the proposed demolition by 11 votes to four, despite months of opposition from campaign groups and residents.

Campaign coordinator Aileen McKay expressed her dismay at the decision: “Eleven people have overruled the expressed views of over 14,000 people from Glasgow and beyond, which is absolutely astonishing.

Online there was unanimous opposition to the plans, with the majority expressing disgust towards council authorities.

Scott MacDonald added: “The Glasgow steps are being demolished. Destroying good public spaces for yet more glass and metal is dribbling idiocy of the highest order.

McKay said that the decision would not end activism on public space and land use.

“Now we’ll be considering how we can defend civic spaces and public space overall. We want to liaise with the Scottish Land Action Movement [which is considering land reform proposals] to think about how land use can be reformed in urban spaces.”

On the prospect of individuals taking direct action in opposition to council decisions, McKay said: “I think if that’s what people in Glasgow want to do then that’s what should happen. It’s a public space and it’s up to people to decide how to take matters from this point.”

Protestors calling for a ‘no cuts budget’ were ignored as PS29m worth of cuts were passed by the council.

Picture courtesy of Save the Steps