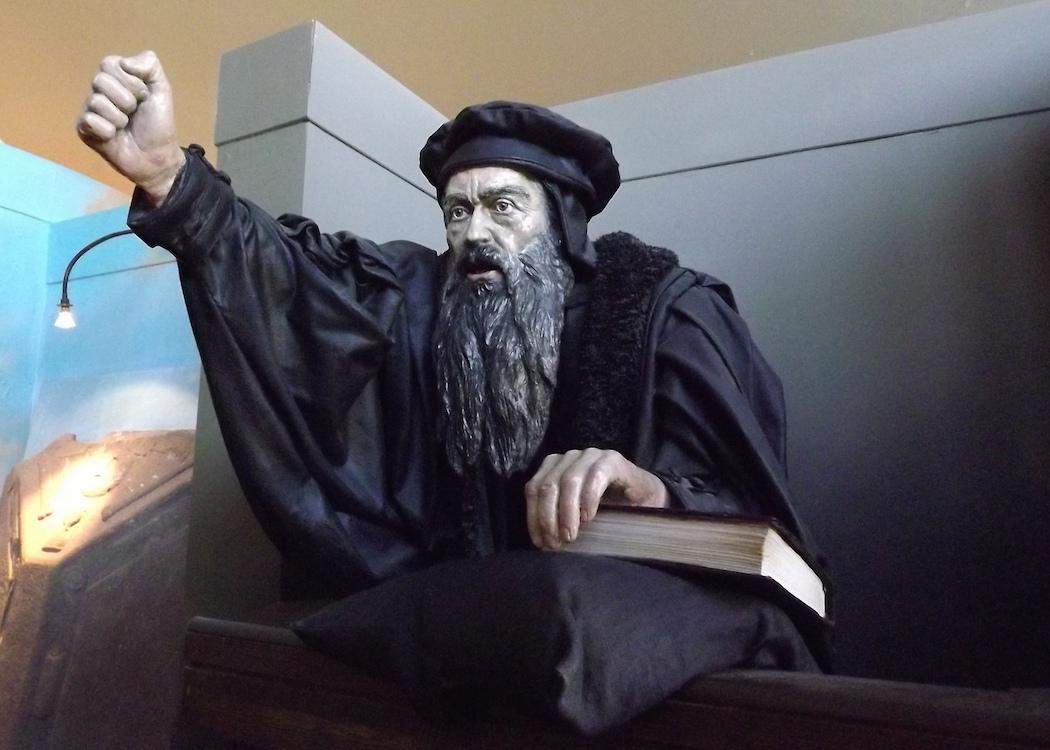 In an very Scottish spat, some old white men were upset this week over a ‘who was more evil’ historical disagreement.

A PROVOCATIVE article by author and journalist Chris Bambery on 8 December asked ‘Were the early Calvinists Scotland’s Daesh?’, and caused much spluttering over the morning porridge in the manse.

Bambery, who last year wrote A People’s History of Scotland , suggested that the Covenanters of the 17th and 18th centuries, oft-celebrated as early democrats and radicals, in fact bore eery similarity to present-day Middle East militants, Daesh.

Citing the Calvinists’ rigid adherence to the – frankly terrifying – Old Testament, their penchant for burning gay men and ‘witches’ and fiery religious rhetoric, not to mention the generations of miserable, judgemental ideology that made Scotland the dour place it is today, Bambery concluded that while the Calvinists might have had heroism and sacrifice, they were ultimately “fighting for a land ruled by the Presbyterian elect – with no room for unbelievers. Their dream for Scotland was not so far from Daesh’s for its Caliphate”.

So many outraged letters from outraged – and verbose – men came in that The National ran a special page of them online.

Our favourite was a Mr John Robertson, who unfortunately, in his outrage, defended the Covenanters on the grounds that they “had no suicide bombers”. Because that’s how it works: burning gay men only gets you five points on the evil scale; use of suicide bombers will get you full marks.

In a defence often made of our erstwhile police forces, Mr Robertson also went down the ‘one bad apple’ route, rather eloquently calling the Covenanters “a much more heroic group with a few psychopaths inevitably in their train”.

This being the letters page of The National, someone inevitably managed to find Bambery guilty of “anti-Yes distortions” as well as “anti-Christian polemics”.

Lastly, of course, there was frequent mention of what The National should be printing, reflecting the common misunderstanding among readers and commentators about what a newspaper fundamentally is.

Some solace came in the most sensible reply, which sadly was not published by The National – the scoundrels, propagandists, etc – written by another historian in the heart of the Covenanters’ Galloway.

In an even better – and much more entertaining – re-write of history, historian Alistair Livingston found instead that “the birth of radical punk occurred in Dalry in 1666 rather than in Thatcher’s Britain in the 1980s as previously thought”. It’s actually very persuasive – and includes a photoshop of radical punks hanging out in Dalry town centre.

CommonSpace patter is completely free from the influence of advertisers and is only possible with your continued support. Please contribute a monthly amount towards our costs . Build the Scotland you want to live in – support our new media.