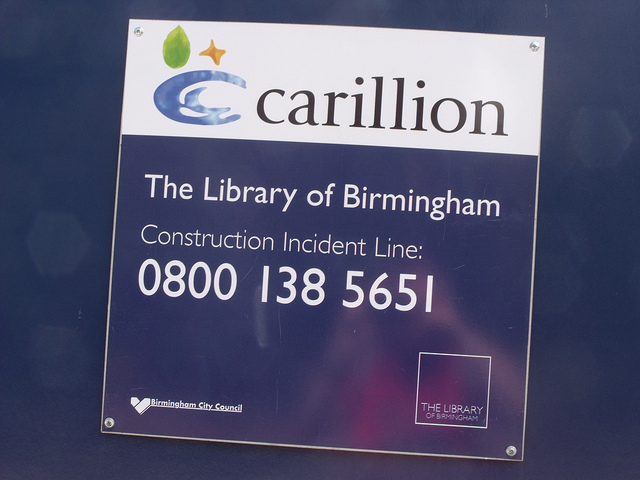 Professor Abby Innes found that the debt which led to the collapse of Carillion is built into the business model of big outsourcing firms, which received 73 per cent of all procurement contracts last year

AN ACADEMIC at the London School of Economics has published a paper which finds that Carillion-type outsourcing firms in the UK have a lot of the same inefficiencies as old state-owned enterprises in the Soviet Union, but are more unstable due to their financial model being based on Ponzi scheme-like debts.

Abby Innes, assistant professor of Political Economy at LSE , wrote an article last week [13 June] based on a paper she published in May, titled “Why public sector outsourcing is less efficient than Soviet central planning”.

In it, she argues that the case for outsourcing work to the private sector is based on a theory of private sector efficiency which isn’t rooted in any historical evidence and an assumption that there is an efficient market for simple goods in the outsourcing industry. Innes writes that this may be true for food provision to the NHS but is not true for complex services like care, which “fulfil none of the necessary conditions” for an optimal market system.

Contrary to dogma about market competition, “outsourcing constitutes the central planning of private businesses, and the success of this venture hinges on the viability of the outsourcing contract as an effective junction of instruction and control,” Innes finds.

The “complexity, shifting needs and interdependency” of the services outsourcing firms provide are hallmarks of state provision, but because the outsourced firm limits their work to meeting only what is codified in the contract, frequently service provision is provided inadequately or incomplete, a shortfall which has to be picked up by the state.

“The hard to codify tasks often intrinsic to a given public service – like ‘care’ – are rationally sloughed off by private providers and left to families, volunteers, charities and other public services to answer. As interdependent services come under satisficing corporate performance, systemic failures become inevitable,” Innes says.

Thus these centrally planned private firms with contractual obligation only to the state to generate returns has incentives which “bear an uncanny resemblance to Soviet state-owned enterprises (SOEs)”.

Innes explains: “Why wouldn’t they? As within planning for the Soviet SOEs, the outsourcing contract operates as a form of planning instruction and as an imperative to be realised, not as a forecast or ‘indicative plan’ to be considered; prices are predominantly administrative and ‘soft’ (i.e. negotiable); contracts are typically long, incomplete and exit is punitively expensive financially, organisationally and politically.”

Innes points out that in 2016, 73 per cent of all procurement contracts – a multi-billion pound industry – went to large outsourcing public sector firms like Carillion, which went bust in January this year.

And this is where, Innes argues, the outsourcing industry is actually “more dysfunctional” than SOEs: unlike in the Soviet Union, Carillion-type companies have a financialised business model where they have little incentive to invest in improving quality and a big incentive to take on debt and try to artificially boost share prices and dividends.

“From the taxpayer’s point of view, the contemporary outsourcing architecture is more dysfunctional in framing corporate incentives than the Soviet system.

“Soviet SOEs had poor incentives to fulfil targets because wages were flat and target fulfilment prompted an increased target in the following year for no additional reward. PSI firms are incentivised by their stock-holding executive pay and financing structures and by the incompleteness of contractual specifications to actively ‘sweat’ a contract,” she argues.

Thus in the era of austerity, when the financial rewards from public sector contracts to outsourcing firms have gotten slimmer, “the more damaging the consequences of margin-seeking by the firm are likely to prove” in terms of incomplete contracts for service users and the public sector.

Innes says this is what happened with Carillion, which built up debts to under-cut competitors and win new contracts like other outsourcing firms, and therefore “acted rationally under prevailing incentive structures”.

“They were aberrant only in misjudging the moment when the financial markets would baulk at the unsustainability of their value extraction,” Innes concludes.

The final argument for outsourcing – that firms are disciplined by the reputational damage that comes from not meeting contractual obligations – is disproved by the evidence, Innes finds.

“In monopoly/duopoly public service industry markets with high barriers to entry under doctrinaire governments who are increasingly structurally dependent on the survival of the dominant firms, the reputational damage to even atrocious providers is apparently nil,” she finds.

Innes adds: “A public accounts select committee investigation found that Serco and G4S were awarded fourteen new contracts by five Departments worth £350 million even as they were being investigated by the Serious Fraud Office for defrauding the Ministry of Justice and after the then justice minister, Chris Grayling, publicly committed to withhold awards until the case was resolved.”

A report by The Ferret and The Guardian on 8 June revealed that 28 of 47 Scottish Government PPP projects – worth £8bn – were linked to tax havens, and that companies based in Scotland only receive 16 per cent of the income from contracts with the public sector, with the rest going to companies headquartered elsewhere.

Commenting on Innes’ report, Craig Dalzell, head of policy & research at the Common Weal think-tank – which has led efforts to introduce a Scottish National Infrastructure Company – said the findings were further evidence of the need for reform.

Dalzell stated: “The findings of this report are shocking and stands against all of the ‘received wisdom’ of the efficiency of private markets versus state run services, but it will not be surprising to those who have been at the front end of recent market failures.

“It is time that we, as a nation, had a re-evaluation about how we run vital services and utilities. Maybe it’s time to start putting people ahead of profits and bailouts.”