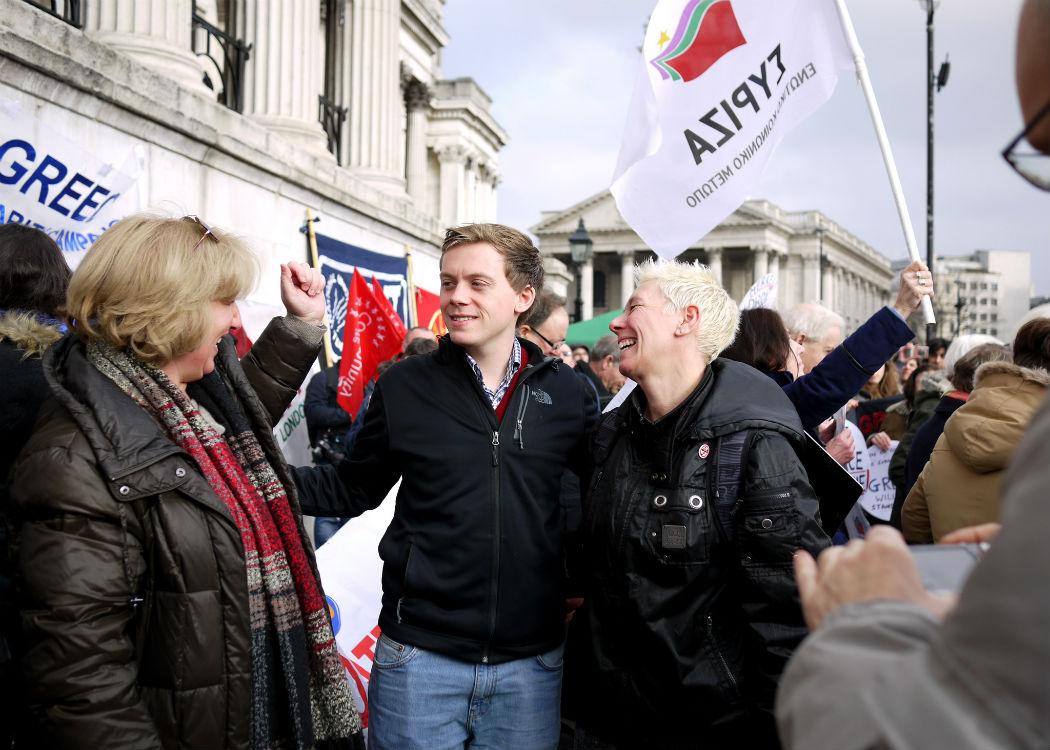 Jones: The SNP is “carving out the clear progressive message that really should belong to Labour”

POLITICAL commentator and author Owen Jones has said Scotland is likely to break away from the UK state because those on the right in British politics, including the Blairite wing of the Labour party as well as the Tories, have pushed Scots towards the exit door.

Jones, a Labour member who supported a No vote in the Scottish independence referendum last year, said, writing in The Guardian, there was “a crusade” against a Labour minority government relying on SNP support, and summed up the constitutional situation in the UK as: “The fanning of English resentment against Scotland. The contempt for the will of the Scottish electorate. The prospect of a Tory-led hard-right coalition that will repulse the Scottish people. Yes, the breakup of the United Kingdom beckons. And it will be the right who are responsible.”

Jones lambasted Labour’s role in the referendum campaign in Scotland, where the party joined the Tories in the Better Together No campaign.

“The No campaign traded on a politics of fear – with interventions by major corporations, egged on by government – which has left a profound resentment,” Jones said.

The author of the award-winning book ‘Chavs: the demonisation of the working class’, Jones said the decline of Labour in Scotland was comparable to the Tories’ earlier decline north of the border.

Jones said: “In the 1950s most Scots were voting for the Unionists, the Tories’ sister party, until the nation decisively plumped for Labour. The wheel has turned again, and this time the SNP are the beneficiaries.”

Jones described Sturgeon’s new leadership of the SNP as “formidable”, saying her support was growing in support because it was “carving out the clear progressive message that really should belong to Labour: anti-austerity, anti-nuclear weapons, pro-welfare state: and they have abandoned their flirtation with Osbornomics by dropping their pledge to cut corporation tax.”

Jones said the attempts to demonise the Scottish nationalists would only lead to Scottish voters, likely to vote for the SNP in greater numbers than ever before in a General Election, feeling like a “political pariah”.

The UK media was missing the real threat, Jones said, which was the Tories allowing radical right forces into power.

“Do they want a stitch-up with the xenophobes of Ukip, who outflank the Tories in their desire to privatise, slash services and cut taxes on the rich? Or the sectarian fundamentalists of Ulster’s DUP, peddlers of homophobic bigotry who once ran the ‘Save Ulster from sodomy’ campaign? Such a government would be the biggest boost to the cause of Scottish independence in history,” Jones stated.

The General Election in May is set to be the closest and most unpredictable in post-war history, with neither the Tories nor Labour currently heading for a majority in opinion polls.