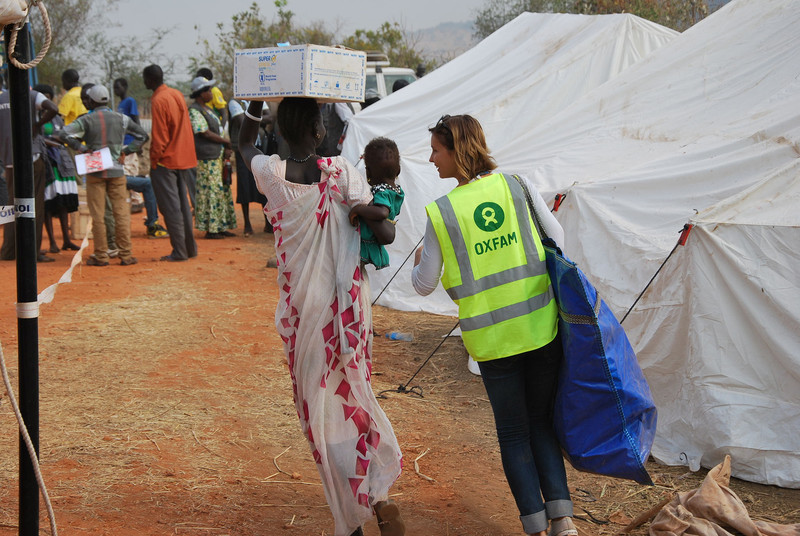 THE INTERNATIONAL AID CHARITY Oxfam has come under intense scrutiny after claims of a cover-up after allegations that staff in Haiti as part of the charities aid mission had used sex workers in the aftermath of the 2011 earthquake which devastated the country.

Allegations of the scandal emerged over the weekend, with Oxfam denying a cover-up but admitting that certain senior members of staff had acted inappropriately as far back as 2011.

It is claimed senior staff members frequently used sex workers in Haiti and Chad, as well as other allegations of abuse of power and trust.

Oxfam officials met with International Development Secretary, Penny Mordaunt, on Monday afternoon to defend itself and prevent the loss of government funding.

Mordaunt said the allegations were “deeply despicable” as she threatened to cut funding to the charity unless it complied with a set of comprehensive measures to resolve the issue.

“I am desperately sorry for the harm and distress that this has caused to the vulnerable people who trusted us.” Penny Lawrence

Penny Lawrence, deputy chief executive of Oxfam, resigned on Monday afternoon after the allegations were revealed. Lawrence, who was director of international programmes in 2011, said: “I am deeply sad to announce that I have resigned as Deputy Chief Executive of Oxfam GB.

“It is now clear that these allegations – involving the use of prostitutes and which related to behaviour of both the country director and members of his team in Chad – were raised before he moved to Haiti.

“As programme director at the time, I am ashamed that this happened on my watch and I take full responsibility.

“I am desperately sorry for the harm and distress that this has caused to Oxfam’s supporters, the wider development sector and most of all the vulnerable people who trusted us.”

I am so I cancelled my weekly payroll giving donation to Oxfam.??

Some donors to Oxfam have posted online to say they have canceled their monthly donations to the charity in light of the scandal, but others have urged people to continue to back the charity.

Priti Patel, the former development secretary who resigned after undeclared meetings in Israel, claimed on Sunday that she fought with senior officials at the Department for International Development to highlight the scandal, but the government denied that it was part of a cover-up.