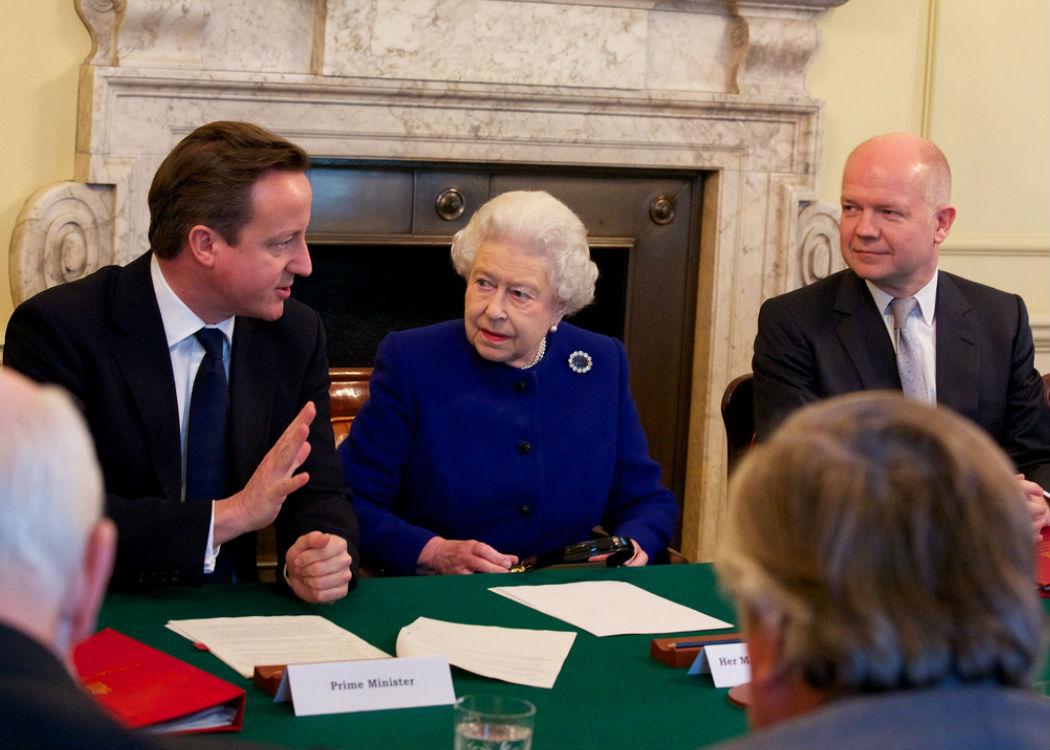 THE QUEEN will deliver a key Commons speech without guarantees that it will clear the house, royal sources have confirmed to CommonSpace.

The significant U-turn follows sources telling this website last week that a Queen’s Speech without a working majority in place “would be a gamble” and “wouldn’t happen” (click here to read more).

However, it is now apparent that Buckingham Palace has re-thought that position and is willing to risk the Speech being voted down in a Commons vote.

The move will deepen fears that David Cameron will seek to stay in Downing Street even if he fails to command support for a parliamentary majority.

Pressure groups have announced that they are ready to mobilise in attempt to force him out in this scenario (click here to read more).

“The principle is that the Queen should not be involved in politics,” a palace source told CommonSpace. “But to not deliver it (the Queen’s Speech) would be to prejudge the outcome of the vote. So we will proceed as normal. The only caveat is that the Queen acts on the advice of the sitting prime minister,” he added.

The new position echoes earlier reports in today’s Times newspaper which stated the the Queen’s position had changed after the UK’s top civil servant, Sir Jeremy Heywood, made his dismay known at the earlier plan.

The Times also reported that Cameron, as sitting prime minister, will be able to decide critical rules governing coalition negotiations on Friday. This includes deciding the “precise scope” of civil service help to other negotiating parties.

The Queen’s Speech is scheduled to take place on 27 May, three weeks after the election.

It contains an outline of the government’s policies for the parliamentary session and is the first opportunity for MPs to oppose the formation of a government.

Polls have consistently suggested that a hung parliament is expected after the election, so either a coalition or minority government will have to be formed.

Out of 650 Commons seats, a government has to count on the backing of at least 323 MPs in order to pass a confidence vote, taking into account Sinn Fein’s refusal to sit in the chamber.

Voting closes at 10pm this evening.