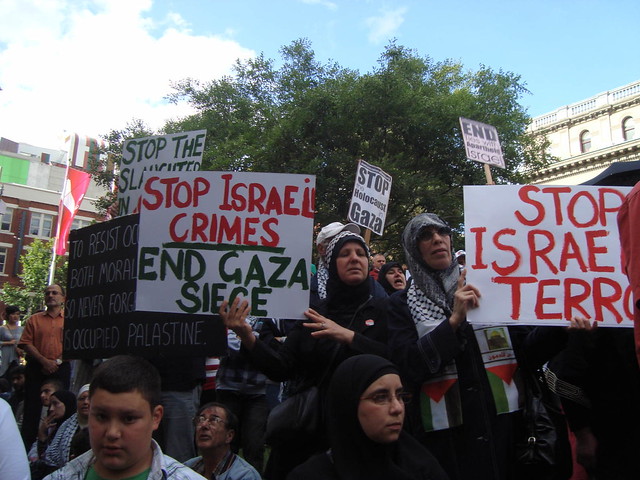 Dr Mazin Qumsiyeh, director of the Palestine Institute for Biodiversity and Sustainability, speaks to CommonSpace ahead of his tour dates in Edinburgh and Glasgow this weekend (3 and 4 August)

DR MAZIN QUMSIYEH, the Palestinian scientist and academic, will appear in Scotland this weekend as part of a UK-wide speaking tour.

Dr Qumsiyeh, the director of the Palestine Institute for Biodiversity and Sustainability, Bethlehem University and author of Popular Resistance in Palestine, a History of Hope and Empowerment will discuss colonialism and popular resistance in Edinburgh and Glasgow on 3 and 4 August respectively.

This follows the announcement this week that Israel will construct a further 6,000 new homes for Israeli settlers, along with 700 for Palestinians, in an area of the occupied West Bank. Settlements of this kind are illegal under international law, and remain a major point of contention disrupting efforts towards a just peace in the region.

Dr Qumsiyeh, a Palestinian Christian activist in addition to his academic work, is the former chairman of the Palestinian Center for Rapprochement Between People. Speaking to CommonSpace, he explained that his Scottish speaking engagements will cover his opinion that diversity is strength, and that Palestine rejects a monolithic society, whether in the form of a Muslim, Jewish or Christian state.

Dr Quimsiyeh told CommonSpace: “My background is in biology and medical genetics. In many ways I think we can approach social phenomena like racism, colonization and wars via a diagnostic-therapeutic approach. With regards to the situation in Western Asia (aka ‘Middle East’), I wrote a book called Sharing the Land of Canaan, which talks about patient history, symptoms and underlying cause as well as prognostics. I addressed in more detail the therapy in a book called Popular Resistance in Palestine, History of Hope and Empowerment.

“Here I do not want to go over these details and I want to just focus on one issue which is human diversity as an imperative – the most rational and obvious outcome even following colonial anti-colonial struggle.”

Dr Quimsiyeh’s distinctive approach to interpreting the situation in the Middle East emerged from his extensive scientific background, he goes on: “I was professor at Yale University Medical School and when I was teaching my students I would say, you have to take a bit of patient history, understand what’s going on, and then you make the right diagnosis, and then you offer therapy and you look to prognosis. Taking the same approach is the logical way of looking at things, not emotional gut feeling kind of thing.”

While the ongoing issues surrounding Israel and Palestine are informed by their extensive and fraught past, Dr Quimsiyeh approaches the situation from an even more historically-aware perspective.

READ MORE: Analysis: With his Golan Heights proclamation, Trump has given Netanyahu a blank cheque for conquest

“Our subject or patient is a geographic region that is very significant,” he says. “It’s at the nexus of continents and the cradle of civilizations. Due to geologic and geographic location, we have rich biodiversity including human diversity. A bottleneck for bird migration where >500 million birds pass on annual migrations from Eurasia to Africa. It was also a bottleneck for human migration where early humans spread out of Africa to the rest of the world.

“This is the first area on planet Earth that humans went from hunter-gatherers to agricultural and pastoral lifestyles. It is where we first domesticated plants like wheat, barley, and lentils and animals like goats and sheep. This is thus the ‘fertile crescent’.

“Jericho for example is the oldest continuously inhabited town on Earth; It has always had people. Of course, these people acquired different religions, as religions come and go but the native/indigenous people stayed here for 12,000 years since that dawn of agriculture and animal husbandry. It is what we call dawn of civilization because when people went from hunter-gatherers to agricultural communities their numbers went up, so they lived in villages and towns and started to organize their lives and started to be more creative with the Iron and Bronze age. These people, our ancestors the Canaanites, are depicted in hieroglyphics and in Mesopotamian reliefs as rich people who had a fertile productive county (the land of milk and honey mentioned in the Bible).

“Our Canaatic ancestors evolved into various tribes: Nebateans (early Arab), Jebuisites, Hebrews, Ammonites, Phoenecians and Phyllistines. Towns and villages that they inhabited prospered and as they diversified and specialized they traded their goods. Cheese and butter of Nebateans for perfumes from Jericho and wood from cedars of Lebanon. For these 12,000 years we have had very little conflict here. This may surprise some of you because you watch western media which is basically propaganda nonsense. This country is one of the least conflicted on Earth. We are just unlucky to be living in this era now. If you go back before this conflict between natives and Zionism you would go to the Crusaders, 1190 AD, another conflict that came from outside. So we’re talking about hundreds of years with no conflict in between short episodes imposed on us from outside.”

Despite the intractability of the Israeli occupation, Dr Quimsiyeh’s emphasis on the region’s diverse heritage and history give him hope for the future. “This is not a congenital problem. The patient is not hopeless – the patient has had episodes, once in a while, but these native people prospered developing religion, laws, music, and even the alphabet. The Latin alphabet was invented and evolved by our Canaanite ancestors. The Aramaic language that Jesus spoke had significant influence as it evolved to Arabic, Assyrian, and Hebrew. Like languages, religious beliefs also evolved and diversified. Our country has always been multiethnic, multicultural, multireligious, and multilingual. Very rare episodes which came from outside attempted and failed (e.g. Crusaderism, Zionism) to change this.

READ MORE: Sarah Glynn: The independence movement cannot afford to be neutral on the smearing of Jeremy Corbyn

“I’m optimistic because our subject, the Western part of the Fertile Crescent has been healthy and prosperous and strong (via diversity). Its current setback started with an idea called Zionism. Zionism is not a complicated idea: it says that European Jews are discriminated against in Europe, they should have their own state, so come and take this country that is called Palestine and make it the Jewish state of Israel. Most blacks in North America resisted discrimination, but there was a minority who decided to go make their own state, created a nation state in western Africa – Liberia – and the problem for them is the same problem that these European Jews faced; Liberia was not a land without a people for a people without a land. There were people there, natives, and what to do with the natives is always a problem for people who come from abroad to try and create new realities on the ground.

“Today 7.5 million of us Palestinians are refugees or displaced people (of a total 13 million Palestinians). Settler colonialism has one of three possible outcomes: 1) the Algerian model, where 2-3 million Algerians were killed in the struggle and then one million French packed their bags and went to Europe. 2) Australia and the US model (genocide of natives). 3) The rest of the world model, where descendants of the colonizers and descendants of the colonized live in one country and share it. There is no fourth scenario in the history of colonization.

“The diagnosis and the prognosis (third scenario) is logical and attempts by colonizers [to impose] the monolithic society fail.  They fail because diversity is strength. In biology, when I look at the forest and I see one species dominate, I don’t say this is a healthy forest. I say this is unhealthy – it’s going to decline. The strength comes from diversity, so we say that’s what will happen here and that’s another reason why I’m optimistic – we fight for equality and to maintain the country the way it was supposed to be: multi-ethnic, multi-cultural and multi-religious.

“Therapy in the form of popular resistance and a global joint struggle as we did against apartheid in South Africa is working. We just need to intensify it.”