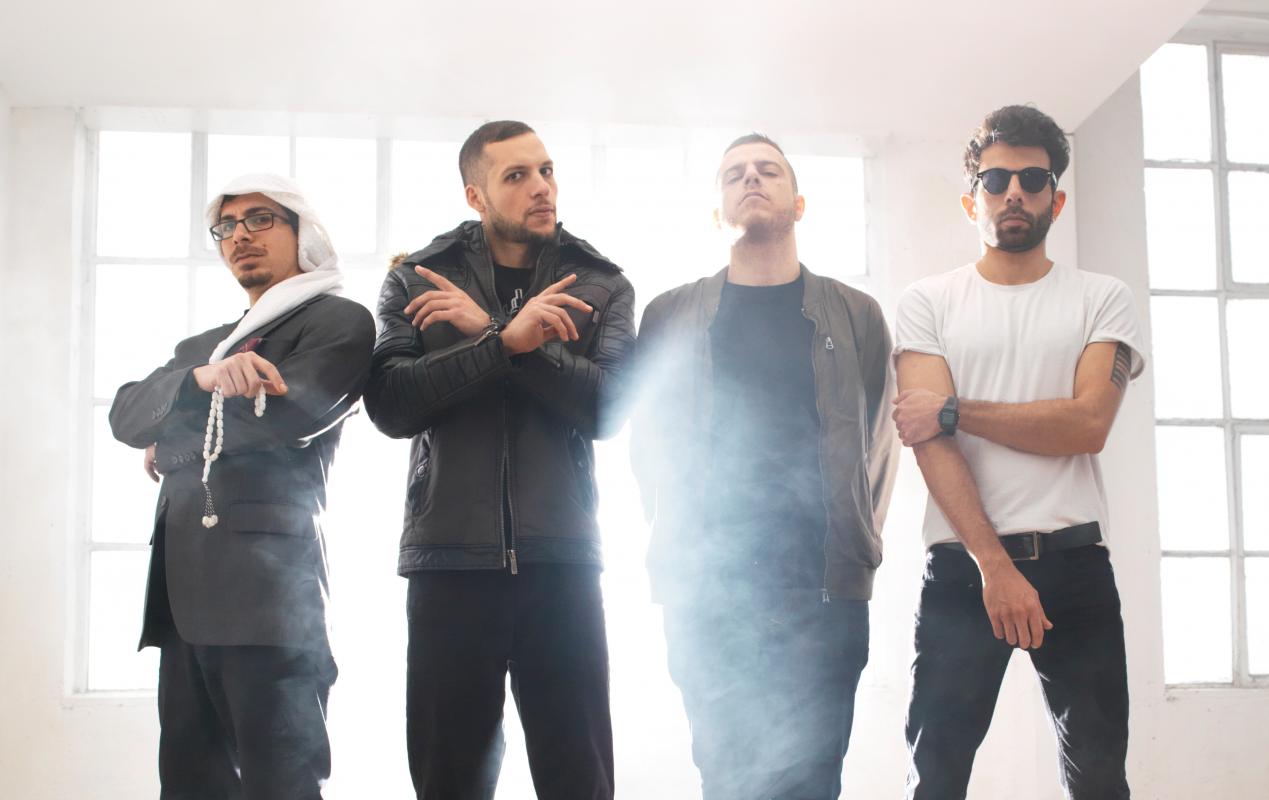 PALESTINIAN HIP HOP group 47Soul will perform at Solas Festival on 22 June, where they will bring their message of resistance against oppression to Perthshire.

Now in its tenth year, Solas Festival aims to reflect the wider social and political context of music and the arts, and organisers have welcomed the opportunity to showcase the unapologetically political music of 47Soul.

The group created their own style of music, branded as ‘Shamstep’, which blends electro Arabic Dabke with hip hop and pop lyrics in English and Arabic. Their debut album, Balfron Promise, deals with themes of liberation and oppression, and the group, whose name alludes to the occupation of Palestine, has been outspoken on issues of social justice.

Solas Festival programme coordinator Henry Bell told CommonSpace that 47Soul’s place in the lineup will be the latest in a series of links between the festival and Palestinian liberation efforts – a tradition which the organisers are proud to continue.

READ MORE: ‘The ball will not be stained with Palestinian blood’: Argentina cancel pre-world cup match in Israel

“Solas Festival is all about making a space for the connections between arts and politics and so 47 Soul are the perfect fit of the festival, offering an important message of resistance, and great music you can dance to,” he said.

“Over many years Solas Festival has been committed to shining a light on the oppression of Palestinians. In 2013 we welcomed refugee dancers from Aida Camp in the West Bank, and since then we have hosted artists from across occupied Palestine.

“In 2016 we also took a little bit of Solas to Palestine, bringing Scottish musicians to our sister festival Bet Lahem Live.”

This year, the festival will feature a varied mix of musicians and artists from across Scotland, including Tide Lines, Aidan Moffat and RM Hubbert, Bossy Love, LUCIA, a showcase of acts from Edinburgh music label Song, By Tide, and performances by Scottish Opera. These performers will share a stage with diverse acts from around the world including North African folk group Gnawa Trance Fusion.

Alongside this, speakers will bring the big issues to festival-goers, with Professor John Curtice exploring ‘how Scotland votes’, Laura Mar discussing sex workers’ rights, Lesley Orr celebrating activism and ‘dangerous women’, and Dave Randall on his new book, ‘Sound System: The Political Power of Music’ is a book of raves, riots and revolution’.

Meanwhile, panel discussions will explore complex topics, including Brexit (with Mike Russell MSP), international development, interfaith dialogue, and ‘Processions’, an exhibition which celebrates the centenary of the vote being extended to some women in the UK for the first time, dubbed as “one of the biggest mass participation artworks ever”.

Bell explained the thinking behind this eclectic lineup: “Equality and justice are central ideas for the wee temporary community we try to build at the festival, and we like to put together a programme where everyone can join in with new experiences, learn about different ideas and experience, and also party to some of the best music from Scotland and around the world.

“We think it’s important both to provide a space for different groups to share their experiences and struggles, but also for all kinds of folk to come together and enjoy music and culture that we all share.

“Where else are Aidan Moffatt and Moroccan Gnawa trance music on the same bill?”

Over 120 Palestinians in Gaza have been killed by Israeli military forces since protests began on 30 March, in what human rights organisation Amnesty International has described as a “murderous assault”.

More information on the lineup and how to buy tickets can be found on the festival website.