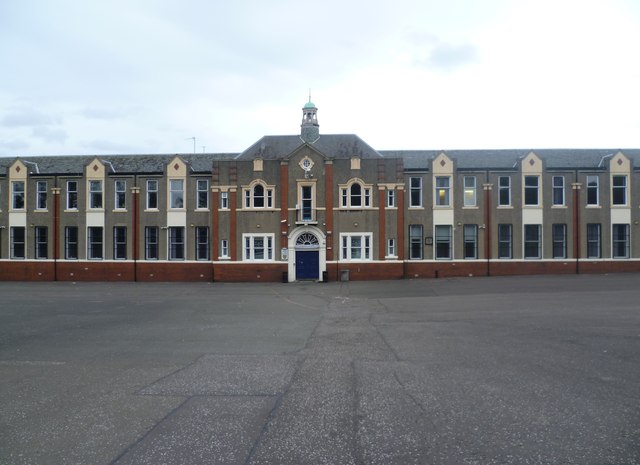 The council announced late last year that it was consulting on the possibility of moving the city’s GME secondary provision to meet increasing demand, meaning that pupils from the Gaelic primary school Bun-sgoil Taobh na Pàirce would now feed into Drummond.

However, parents at Drummond say that the local community’s access to the school, including its specialist hub for additional support needs and adult learning programme, would be endangered by the move.

A statement released by the Drummond parents’ council on Tuesday states that the projected school roll means the school would be over capacity within four years if the merger goes ahead.

“City of Edinburgh Council has not shown us any predictions for the school roll if GME comes to the school.” David Sterrat, Drummond Community High School’s Parent Council

Chair of Drummond Community High School’s Parent Council David Sterrat said: “Drummond is a great asset for the local community and for pupils from across Edinburgh with additional support needs.

“We value its diverse, multicultural composition, and its ethos of inclusion, aspiration and ambition for all pupils.

“City of Edinburgh Council has not shown us any predictions for the school roll if Gaelic Medium Education comes to the school – we did the sums ourselves.  This short-sighted proposal threatens Drummond’s future.

“We are urging parents to contact their local councillors to listen to our concerns and act on them – we can’t lose a thriving community school.”

The parents’ council has accused council officials and politicians of having “held back key information regarding possible changes to the school catchment areas”, which it argues would result from the capacity issues and force local children to attend other secondary schools.

Parents from two of Drummond’s feeder primaries, Broughton Primary School and Leith Walk Primary School have joined the calls for Edinburgh Council to put the proposals to bed and have released their own statements on the matter.

Rachel Guatelli, vice-chair of the Leith Walk Primary School Parent Council said that almost all of the school’s P7s would be attending Drummond in August, and stated: “The current proposal doesn’t suit anyone and would result in the council getting it wrong for every child.”

Broughton Primary School Parent Council said the proposal “short changes the community” and that it would not offer a sustainable solution to “the complicated matter of GME secondary education in Edinburgh”.

The statement also criticised the timing of the consultation process which began three weeks before the catchment request deadline, and said the proposals were likely to “lead to tension” between communities.

Brian Thunder, convener of the parent council of Bun-sgoil Taobh na Pàirce has been clear that the ideal scenario would be a dedicated school for Gaelic pupils.

Hitting back at claims made by Councillor Callum Laidlaw that a mixed learning environment would be best for bilingual pupils, he said: “Dedicated schools are the best model for minority-language learning as they offer the most opportunities for using the minority language in a linguistic landscape which is overwhelmingly skewed towards the majority language.”

“We will not take forward any proposals before we have consulted with all the school communities involved.” Councillor Ian Perry, Edinburgh City Council

That being said, Thunder said the solution to growing demand for GME “may or may not be to move the Gaelic pupils to Drummond”, adding: “Parents of children in GME have as many questions and concerns as parents of children at Drummond and its feeder primaries.”

Councillor Ian Perry, education convener for City of Edinburgh Council responded to the concerns: “We fully acknowledge the depth of local feeling and feedback we have received over the past few weeks about the important role that Drummond High School plays in the local community.

“I want to reassure their parents and catchment primary parents that if Gaelic Medium Education did move to Drummond there would continue to be a mainstream school for local pupils.

“What is clear is that we need to come up with a solution for the rising school roll pressures at James Gillespie’s High School due to increased pupil numbers. As we have stated quite clearly before – we will not take forward any proposals before we have consulted with all the school communities involved.

“We have already held meetings with several head teachers and parent council chairs to hear their views first hand and promise to take on board all the comments made. We are looking in more detail at school roll projection figures and the potential for expansion plans which will be discussed in during the meeting with parents at Drummond High School on February 27.”