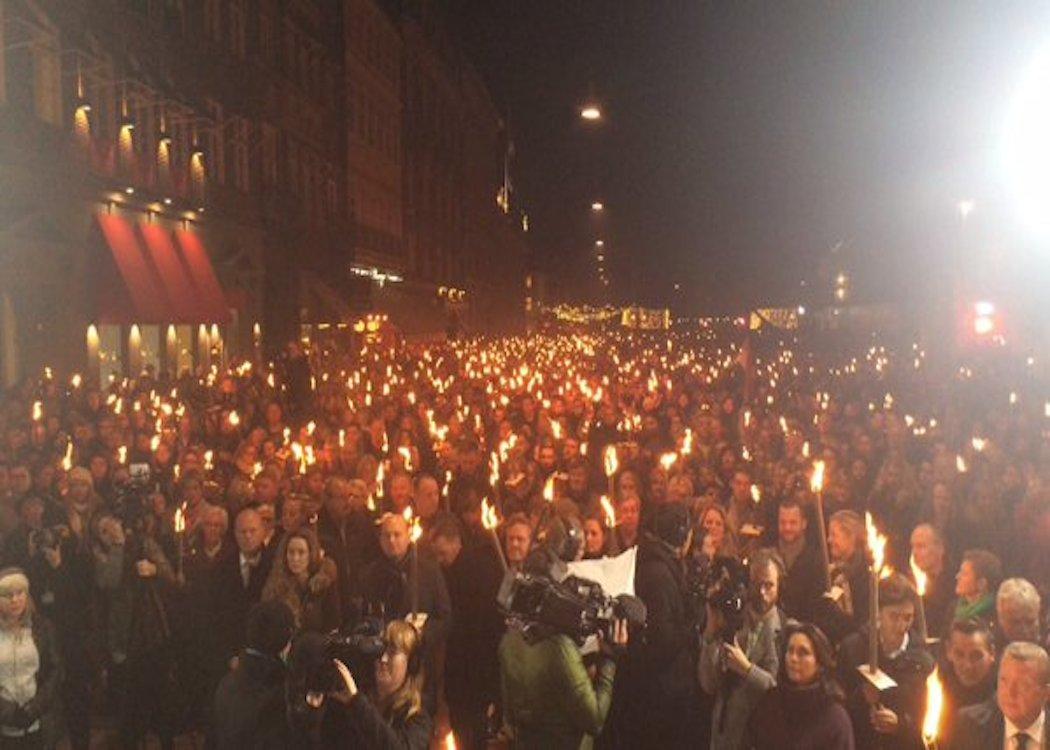 A STATE OF EMERGENCY remains in place across France in the aftermath of the most deadly attack on a European city in over a decade.

The murder of 129 people in a series of coordinated bombings, gun attacks and hostage takings has led to a heavy military presence, especially in the French capital.

While many Parisians are attempting to continue everyday routines in resolute defiance of the violence, tensions and fear remain high.

Last night [Sunday 15 November] a false alarm of another attack took place while hundreds paid their respects at Place de la Republique. The crowd were sent running through the streets, only for order to then be restored.

Meanwhile French police have launched a manhunt for Brussels-born Salah Abdeslam, age 26, who was linked to the Bataclan concert hall massacre, where 89 concert goers were killed.

Seven attackers responsible for the violence were killed during the assualt on Paris.

Following the attacks, French President Francois Hollande said: “In these difficult moments, we must — and I’m thinking of the many victims, their families and the injured — show compassion and solidarity. But we must also be united and clear-headed.”

Peace for Paris, by artist Jean Jullien, went viral on social media in the hours after the attacks

There have been global demonstrations of solidarity with the people of Paris from across Europe, North America, the Middle East and elsewhere.

Thousands marched in a candlelit procession in Copenhagen. Services of remembrance were held in Glasgow, Edinburgh and London.

Images from the Glasgow vigil on Saturday 14 November

As Syria peace talks began in Vienna between 16 Middle Eastern and Western nations, a silence was held for the victims of Paris, Beirut and Baghdad.