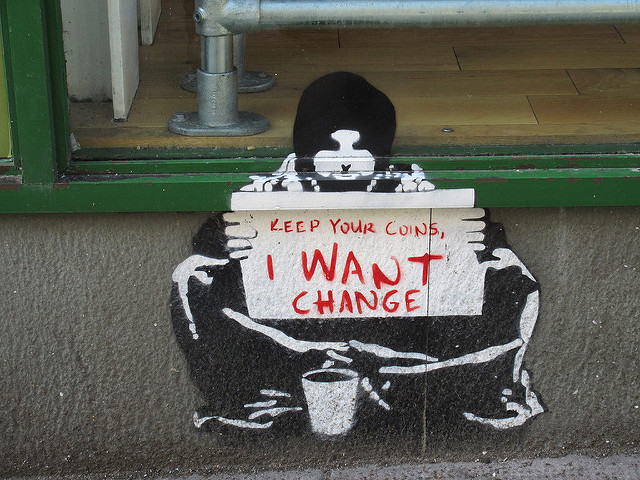 The call comes as winter rapidly approaches and the roll-out of the controversial Universal Credit continues, raising fears for a potential rise in homelessness at the most dangerous time of the year.

The Scottish Government has committed to spending £21 million over the next two years, and approximately £10 million every years for five years, from the fund, based on the recommendations of its homelessness and rough sleeping action group, all of which were accepted.

The action group recommended a housing first model which is based on the example of Finland, the only nation in Europe where homelessness is currently in decline, and is based around the principle that each individual has an unconditional right to a permanent home. Under Housing First, those suffering from homelessness with multiple complex needs can avoid the bureaucracy involved in temporary accommodation and be placed in a permanent home.

The petition states that it is: “Calling on the Scottish Parliament to urge the Scottish Government to front load £40 million of £50 million from the Ending Homelessness Together Fund allocated for the core homeless over the next five years to be used in the next year to build new homes and refurbish existing properties so that the core homeless have safe, secure, and comfortable homes in tandem with support services in an expanded housing first policy.”

Minutes from a December meeting of the action group appeared to back up the call for the money from the Fund not to be split evenly over the five years. It stated: “Rather than considering the fund in five discrete chunks of £10 million each year, a more flexible funding plan could consider some portion of the money invested early in projects and initiatives that will immediately support the Action Group recommendations in order to achieve quick wins and good evidence – and then there could be opportunities to bid for longer-term funding that enables work to be piloted, evidenced and then mainstreamed as new ways of working.”

Sean Clerkin, the petitioner and campaign co-ordinator for the Scottish Tenants Organisation, said: “What we want is the building of new houses and the refurbishment of empty properties to house the homeless. There is more empty properties in Scotland than there is homeless people. We aren’t asking for new money, we’re asking for the existing money that has been set aside to be frontloaded, because there is a real, real crisis now and with Universal Credit rolling out it is going to get worse.

“Nicola Sturgeon has been saying the right things about this but they need to match words with deeds, and deeds with money.”

GWSF stated: “The petitioner seems to be assuming that Housing First could fail in Scotland due to a lack of properties being made available. GWSF believes, however, that such a shortage of accommodation is highly unlikely, and that the issue of how the support will be funded in the longer term is a much greater concern.

“The petitioner’s call is also impractical. New build developments are normally a number of years in the planning. The petition refers to the £40m being used next year, but development cannot be turned on and off like a tap, and for new build schemes to be funded next year they would have to have been planned and approved already.

“So whilst no-one would want to be complacent about housing supply for homeless people, we believe that the £50 million attached to the recommendations of [the action group] can better be used to fund transformational approaches such as reducing the length of time people spend in temporary accommodation and (in some parts of Scotland) reducing reliance on use of bed and breakfast as temporary accommodation.”

She stated: ““Traditionally the approach has been to provide support and get a person ‘tenancy ready’ before giving them a house. But that can mean they spend long periods of time in temporary accommodation, making it harder for them to address the other issues they face.

“We want to change that, which is why we are working with Social Bite and others to invest in and expand Housing First to make it a key element of all homelessness services in Scotland. It is our priority to get a person into settled accommodation first, so they can then access support from the security of their own home.”

The Ferret, working in partnership with the Bureau for Investigative Journalism, reported last month that at least 94 people had died in Scotland while homeless over the past 12 months, with half of them – 47 – dieing in Glasgow.

The Living Rent Tenants’ Union are calling on the Scottish Government to follow the French model of establishing a legal restriction on evictions for tenants over winter months.