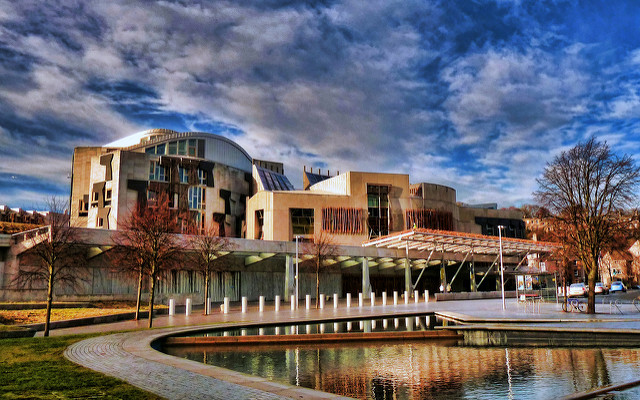 All parties backed the establishment of a Scottish National Investment Bank (SNIB) during a Scottish Parliament debate on its implementation, but squabbled over what was wrong with the Scottish economy and who was to blame.

The debate – initiated to note the February publication of the SNIB implementation plan led by Tesco Bank CEO Benny Higgins, which sets out proposals and recommendations for how the bank should be set up and operated – saw Tory contributions frequently return to their new research criticising the state of the Scottish economy, despite fresh analysis from CommonSpace suggesting that the figures derived from the research were based on “double-counting”.

Opposition MSPs from all parties acknowledged that the SNIB could potentially make a valuable contribution to the Scottish economy, but qualified their positions with differing critiques along party lines.

Several Conservative MSPs expressed their scepticism about the number of Scottish Government initiatives relating to investment and economic growth already in existence, citing similar criticism from the Fraser of Allander Institute, and maintained that the SNIB could only be positive if it helped support Scottish business.

In characterising the business-focused aid they believe the Scottish economy requires, Tory MSPs referred on several occasions to Tory claims, published by the Herald and the Times newspapers, that the missing of economic targets by the Scottish Government had amounted to “more than 80bn” lost to the Scottish economy.

When Tory MSP Alexander Burnett again referred to the questionable research, Cabinet Secretary for the Economy Keith Brown responded by challenging Burnett to acknowledge that the UK Government is an active player in the Scottish economy, given that many economic levers affecting Scotland remain under UK Government control.

In his response, Burnett seemingly chose to speak for the entire Scottish business community, stating that they would attribute economic control over Scotland to the SNP.

However, Baillie also joined the Tories in critiquing the state of the Scottish economy, characterising it as “stagnant” and uncritically pressing the need for economic growth, in a contribution reminiscent of her New Labour roots.

Scottish Green MSP Andy Wightman emphasised the Greens’ contention that the SNIB must support low-carbon technology to build energy reliance, invited the Scottish Government to reconsider a banking licence in order to offer greater flexibility and called for the SNIB to intervene in the housing sector in particular, saying: “No economy can be sustainable when growing numbers of its young people cannot afford basic, affordable and warm homes.

“With social renting off-limits to all but the most financially challenged, and affordable housing not worthy of that descriptor, an investment bank has a key role to play in providing the kind of strategic housing development that is desperately needed.”

Wightman also made clear that the Scottish Greens were “not inclined” to support the Labour amendment with its “uncritical arguments for growth”, arguing: “Growth, even inclusive growth, is a questionable goal.”

Apparently ignoring Wightman’s critiques of focus upon economic growth, Scottish Liberal Democrat leader Rennie MSP described Scotland’s current status in this regard as “pretty pathetic”. Rennie went on to advocate the SNIB should distinguish itself from the pay-practices of the financial sector,  arguing that lavish salaries were not what people would expect from a publicly owned institution, and seeking reassurance that the SNIB would have a gender pay-gap of zero.

SNP MSP Ivan McKee highlighted the potential for the bank to address areas of the Scottish economy affected by “market failure”.

McKee continued: “In any environment where many significant levers of economic control, including those impacting macroeconomic policy, are not under the control of our national parliament, it is essential we take every opportunity to drive growth in Scotland. The Scottish national investment bank is one such significant step in that direction.”

SNP MSP Kate Forbes emphasised the importance of state-led innovation: “We often have this sense that when it comes to innovation, it’s best left in the hands of private investors, and that politicians should keep to the day job of policy, and if we really want to see long-term innovation, it’ll be driven by the Mark Zuckerbergs and the Steve Jobs of this world.

“If we look back over the last century in particular, we see that some of the biggest breakthroughs in technology and innovation have been pioneered by the state.” SNP MSP Kate Forbes

“And yet if we look back over the last century in particular, we see that some of the biggest breakthroughs in technology and innovation have been pioneered by the state.”

Forbes went on to argue that innovation in the areas identified by the national investment bank’s implementation plan often require time and risk that “venture capitalists” are unwilling to extend.

Summing up, Keith Brown acknowledged that ideas had been raised over the course of the debate that bore further examination, but attacked both the Tories for ignoring the economic effects of both austerity and Brexit, and Labour for advocating £20bn in funding which was, Brown argued, contingent upon Jeremy Corbyn winning the next UK general election.

Brown said: “We’ve heard this before: I remember [when Labour said] we shouldn’t have had to reissue the tender for the ScotRail contract, because Labour was going to win in 2015 and obviate any need for it. I’m not sure we can actually have policy waiting on the idea of a Labour victory, not least given their pathetic performance in the local elections.”