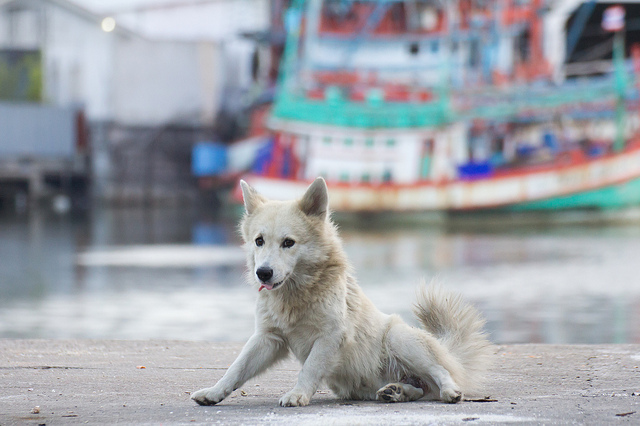 ELECTRIC SHOCK COLLARS used in the training of dogs and condemned as cruel by many animal welfare campaigners will be banned in Scotland, the Scottish Government has announced.

The decision followed several months of heightened attention to the issue, and was revealed on the evening of January 24, a day prior to a scheduled Scottish Parliament debate on the issue led by Conservative MSP Maurice Golden.

Following the announcement, Environment Secretary Roseanna Cunningham said: “After carefully considering the concerns raised by stakeholders and the public about electronic training collars for dogs, particularly the ready availability on the internet of cheap devices which can be bought by anyone and used to deliver painful electric shocks, I have decided to take steps to effectively and promptly ban their use in Scotland.

“Causing pain to dogs by inappropriate training methods is clearly completely unacceptable and I want there to be no doubt that painful or unpleasant training for dogs will not be tolerated.”

The ban will come into effect under guidance issued under the Animal Health and Welfare (Scotland) Act 2006, and follows similar measures already pursued by the Welsh Assembly.

The issue of shock collars and related electric training devices, which deliver shocks to dogs as a means of modifying their behaviour, have been brought to the public by several campaigns since last year.

In November 2017, Maurice Golden hosted a meeting at the Scottish Parliament of academics, vets and behaviourists, who according to Golden were united in their advocacy of a full ban on shock collars. Golden launched a campaign against the devices, which included a petition signed by 20,000 people.

SNP MSP Ben Macpherson launched his own campaign on the issue shortly after, launching a petition which also garnered thousands of signatures, calling on the Scottish Government to take action against shock collars and on the UK Government to legislate a full ban, which only it has the power to do.

Shortly after the public attention attracted by the two campaigns, Scottish Labour announced they would be arguing in favour of a ban of shock collars in Thursday’s debate, with Labour MSP Colin Smyth arguing: “The SNP’s record on animal welfare so far has been poor, with the government last year pushing through legislation to lift the ban on cutting off puppy’s tails.

“It would be a shameful addition if that record did not match the Labour Government in Wales, who have led the way by banning electric shock collars.”

However, such arguments by Scottish Labour were apparently undercut by the Scottish Government’s announcement prior to the debate.

Conversely, Green MSP Mark Ruskell did not attempt to make a partisan point of the issue, but while welcoming the development, remained critical of the Scottish Government’s previous record on animal welfare, stating: “In just two months Scottish ministers have shifted from proposing a new qualification for those who wanted to hurt dogs – an NVQ in animal abuse – to making it clear that use of these devices can be considered as criminal.

“This is significant progress for those of us who have campaigned on the issue, although Westminster should now act to take shock collars off the market altogether. Without that outright ban it seems likely that these devices will continue to be used in private by unscrupulous dog trainers.

“This announcement follows on from the Scottish Government’s decision to permit tail docking, another procedure widely condemned by dog lovers and experts alike. Although that law is now on the books, as a dog owner myself I guarantee the campaign will continue until that practice is ended too. Perhaps today will be the start of a renewed interest in ending animal cruelty in Scotland, but there is much more still to be done.”

“This is significant progress for those of us who have campaigned on the issue, although Westminster should now act to take shock collars off the market altogether.” Green MSP Mark Ruskell

Speaking in parliament on Thursday, Maurice Golden argued that the Conservatives had led the way on the issue of shock collars, describing them as “hurtful devices that have no place in dog training,” and interpreted the Scottish Government’s decision as an agreement with Tory arguments.

However, SNP MSP and chair of the cross-party group on animal welfare Christine Grahame responded by drawing attention to a motion brought in parallel to Golden’s by Ben MacPherson, pointing out that politicians including Green MSP Alison Johnstone and SNP MSP Kenny Gibson had been agitating for a ban on shock collars since 2011, and in a previous debate on the issue in which Grahame took part, “not one Conservative” stood in favour of the ban.

Grahame welcomed this reversal among some Scottish Tories, and invited Golden to join the cross-party group on animal welfare.

In his contribution to the debate, Ben Macpherson explained that he felt unable to support Golden’s similar motion in favour of a ban on shock collars, because it falsely stated that the Welsh Assembly had instituted a ban, a claim repeated by some of the Scottish press.

Macpherson pointed out that instituting a full ban was only in the power of the UK Government, and until it does, there was still the possibility that shock collars could be subject to export and sale.

Macpherson said that he was “calling on the UK Government to follow Scotland’s example” and legislate in favour of a full ban. Efforts in Westminster to ensure this are underway, MacPherson added, thanks to SNP MPs including Tommy Sheppard.