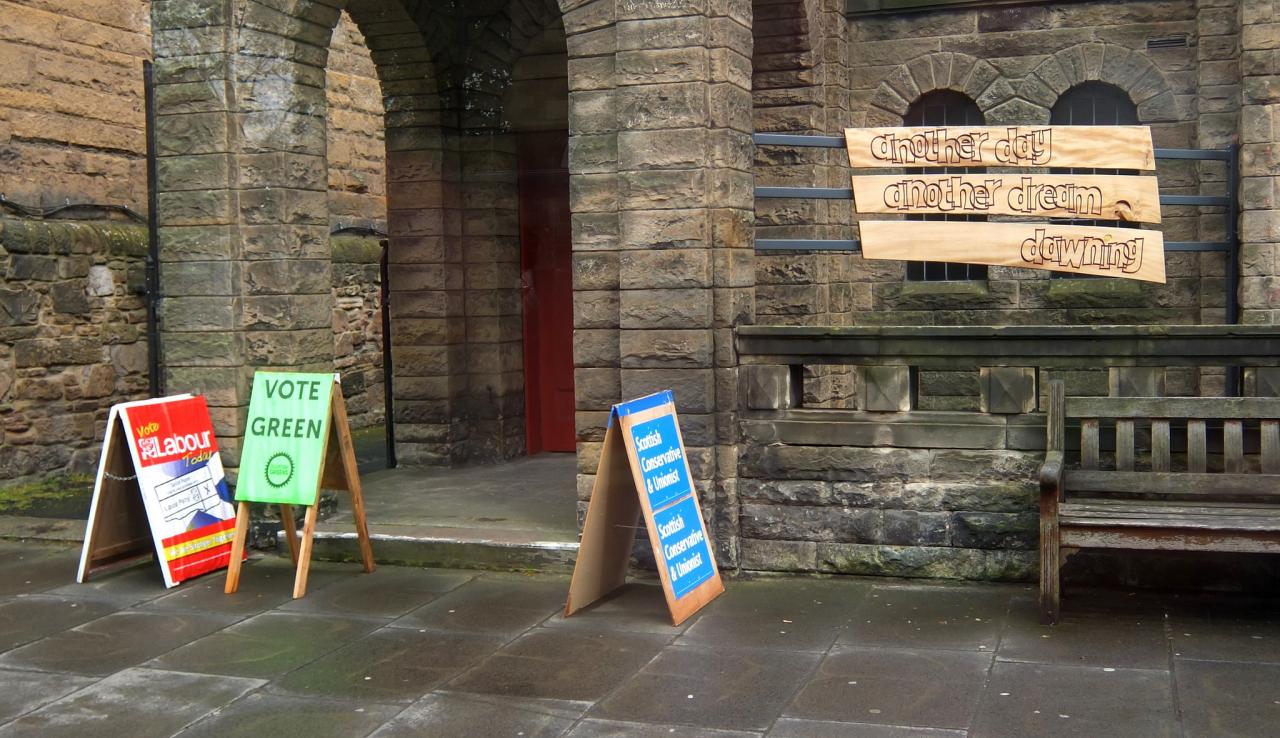 SCOTLAND’S main political parties have been split on the issue of prisoner voting after the Faculty of Advocates, one of the nation’s most distinguished legal bodies, backed allowing prisoners to vote in future referendums.

Responding to a current Scottish Government consultation on prisoner voting, the Faculty also stated that “persuasive arguments can be made in support of removing the ban on prisoner voting in its entirety”, citing a 2018 report by Holyrood’s Equalities and Human Rights Committee, which recommended that all prisoners get the right to vote. However, this was later rebuked by First Minister Nicola Sturgeon, who said that those who commit “heinous” crimes must remain disenfranchised.

At present, convicted prisoners are banned from voting in all elections throughout the UK, regardless of their sentence or crime. The European Court of Human Rights (ECHR) found this ban to be in breach of article three of protocol one of the European Convention on Human Rights in 2005. The Scottish Government’s consultation was launched in the hope of addressing this.

Writing in the introduction to the Scottish Government consultation, Russell continued: “I recognise that for many people giving any prisoners the vote will be an unwelcome change and there will be concerns about the feelings of the victims of crime.

“In an open and democratic society, even long-held views need to be reconsidered from time to time.”

The Scottish Government’s current “favoured option”, outlined in the introduction to the consultation when it was launched last year, would only extend the franchise to prisoners on short sentences. The government has suggested that sentences of twelve months or less would be an appropriate cut-off point.

However, the Faculty has argued in its response that, if the right to vote was only extended to some prisoners, then the threshold should instead be set at four years. Nevertheless, their response states: “Where the line should be drawn is ultimately a policy decision for the legislature.”

While the Scottish Government has noted that the UK Supreme Court found that the relevant article on prisoner voting in the European Convention on Human Rights “does not extend to referendums”, the Faculty has taken a different view, and argued that prisoners should also be allowed to vote in future referendums.

Speaking to CommonSpace, a Scottish Government spokesperson responded to the Faculty’s intervention, saying: “We welcome all submissions to our public consultation on prisoner voting, and we note the points made by the Faculty of Advocates. Our aim is to seek views from and engage with the public on this issue.

“We will consider our response to the consultation once we have considered all the views expressed.”

READ MORE: Unlocking Democracy: Five reasons why Scotland should give prisoners the vote

Meanwhile, Scotland’s main opposition parties displayed a difference of opinion on the matter. Scottish Labour expressed its support for compliance with the European Convention on Human Rights, but stopped short of backing the Faculty’s recommendations.

“It is right that any possible changes to the law in this instance are properly informed by the views of the public and I would encourage as many people as possible to take part in this process.

“It is also right that all Scottish laws remain compliant with the European Convention on Human Rights – a view that I hope will be recognised by colleagues from across the political spectrum as we engage in this process.”

However, the Scottish Conservatives came out firmly against any extension of the franchise to prisoners regardless of the ECtHR, with Scottish Tory MSP Annie Wells telling CommonSpace: “Our view is that prisoners should not be given the ability to vote in elections or referendums.

“The public don’t want to see these changes, and we fully support that position.

“When someone commits a crime serious enough to result in prison time, they should also lose the right to vote.”

“I wholeheartedly agree with the Prison Reform Trust, which says that voting is not a privilege it is a basic human right.” Scottish Green MSP John  Finnie

The Scottish Liberal Democrats, who have previously backed increased prisoner voting rights, echoed the Faculty’s criticism of a blanket ban. Speaking to CommonSpace, Scottish Liberal Democrat justice spokesperson Liam McArthur MSP said: “The blanket ban on prisoner voting flouts international law so change is essential and long overdue. If it is being lifted for elections then it should be lifted for referendums too.

“In the past the SNP have voted down Liberal Democrat amendments that would have given some prisoners, based on sentence length, the vote in both the independence referendum and the last Holyrood elections. It is clear that Ministers have some way to go to both fulfil their international obligations and support eligible prisoners to take on their responsibilities as citizens.”

A similar position was expressed by the Scottish Greens’ justice spokesperson John Finnie MSP, who told CommonSpace: “The right to vote is enshrined in the universal declaration of human rights.

“I wholeheartedly agree with the Prison Reform Trust, which says that voting is not a privilege it is a basic human right. The benefits of enfranchising prisoners has been demonstrated, notably by the respected head of Sacro, Tom Halpin. It is time Scotland joined progressive countries such as Norway, Sweden and Finland on this important matter.”

Speaking to CommonSpace, the Scottish lawyer and human rights advocate Aamer Anwar commented: “I would welcome the Faculty’s submissions and it really is time for some common sense. In 1969, all citizens over the age of 18 were given the right to vote and whilst I appreciate that successive UK Governments have long held the view that those incarcerated for serious crimes should lose the ‘moral authority’ to vote, that does not make it right.

“I believe such  views are old-fashioned and out of place in a modern democracy. It’s time we stopped acting as though people in prison do not exist. Just because you are locked up does not mean that you cease to exist as a citizen of this country – otherwise, let’s just dispense with ‘rehabilitation’.

“Overcrowding, suicides, neglect and dehumanization remain real issues in 21st Century prisons and maybe MPs might take more interest if prisoners had the right to vote.

“We should be encouraging our prisoners to take an interest in life beyond the prison walls, that is part of rehabilitation. Just because you lose your freedom should not mean you lose your right to have a say in the running of this country. To date, nobody has provided any evidence which shows that taking away the right to vote from a prisoner deters crime, nor is there any evidence that disenfranchisement is of any benefit to society, But we do know that giving prisoners the right to vote can be part of the road map to rehabilitation.”