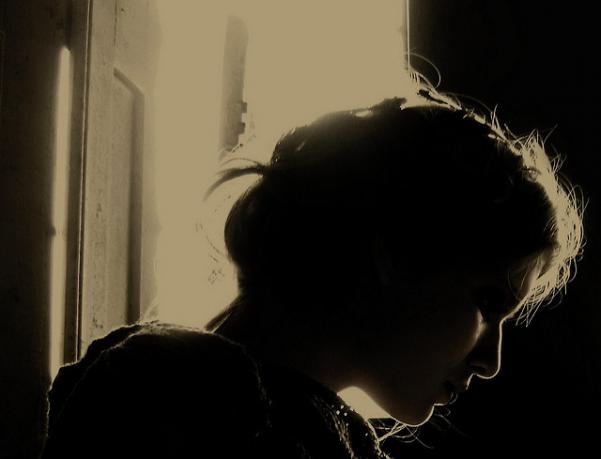 CROSS-PARTY parliamentarians have echoed the concerns of Rape Crisis Scotland after a policy change, which would allow rape survivors to be compelled to give evidence in court or face a warrant for their arrest, was introduced by the Crown Office and Procurator Fiscal Service this week.

The change in policy has been designed to ensure that as many rape cases as possible can be prosecuted effectively in a bid to protect the public interest, but critics, including Rape Crisis Scotland, say it has failed to consider the adverse impact on survivors if they are forced to testify against their wishes.

SNP MP Alison Thewliss told CommonSpace that she would be urging the COPFS to respond to Rape Crisis Scotland’s concerns in a “timely fashion”. She said: “This development with respect to new prosecution service guidance for rape cases is very worrying indeed.

“We already know that the court process is extremely difficult for those who have experienced rape, and is one of the main reasons for cases being withdrawn. Complainants have justifiably objected in the past about the anxiety and stress brought about by elongated court processes, and having to re-live past traumas.

“What rape survivors need is comprehensive and meaningful support. Legal demands compelling individuals to give what can be very difficult evidence in the circumstances is at the very least unhelpful, but may ultimately degrade the quality of evidence, and reduce the number of complainants who feel comfortable coming forward at all.”

Criticisms have been raised over the low conviction rates in rape cases, and the low number of reported incidents which are prosecuted –an issue which the COPFS is seeking to address through these changes.

However, in an open letter to the COPFS published on Monday, Rape Crisis Scotland said the policy change risked re-traumatising victims and potentially violating their human rights.

Speaking to CommonSpace, former Scottish Labour leader Kezia Dugdale MSP said that she was also urging the COPFS to “listen closely” Rape Crisis Scotland and other organisations on the issue.

She said: “Far too many victims of sexual violence do not get the justice they deserve, and there is clearly a lot of work to do to improve that and ensure rapists are prosecuted.

“Survivors of rape have already been through enough trauma, without having to face the further prospect of a warrant being issued for their arrest.” Scottish Labour MSP Monica Lennon

“But I would be deeply concerned if some complainers are compelled to give evidence. This risks causing considerable distress for vulnerable women, who may feel they can no longer cope with the intense pressure of dealing with the justice system.

“The approach could have major negative consequences, with some victims deciding to falsely claim that they made up their report.”

Scottish Labour equalities spokesperson Monica Lennon MSP echoed the calls to the Crown Office to take the concerns on board and “make any necessary changes”, and said the policy could risk “having the opposite effect of encouraging women to report rape and sexual assault”.

She added: “Survivors of rape have already been through enough trauma, without having to face the further prospect of a warrant being issued for their arrest if they are unable or unwilling to give evidence in court.”

Scottish Labour MSP Claire Baker has also called for the policy to be reconsidered, and advised CommonSpace that she would be raising the issue in parliament and writing to justice minister Michael Matheson.

She said: “I’m very supportive of the comments made by Rape Crisis Scotland, and I’m concerned that the Crown Office has pushed ahead with this policy in spite of the concerns they have raised about the traumatic impact to victims of going through the court system.

“This week I’ll be putting in a request for a question at FMQs to see what the first minister’s response is to the comments from Rape Crisis Scotland, and the concern that victims could be kept in cells overnight.

“While Rape Crisis has looked at specific concerns about this policy, they also raise issues about why victims do decide to do that [not give evidence], for example, court being delayed, being called the night before to be told a hearing has been cancelled.”

Baker suggested that this could be linked to budget cuts affecting the courts, an issue which has been raised by court staff. “The court system is not working as efficiently as it could, and rape victims are experiencing the negative impacts of that,” she said.

John Finnie MSP, justice spokesperson for the Scottish Greens, told CommonSpace that the change in approach should be “halted” in light of the concerns, despite the apparent best intentions behind it.

He said: “Whilst the ‘public interest’ and the interest of the complainer should be one and the same, the reality of prosecuting sexual crimes is different. There is a fine balance to be achieved which I fear this change in policy fails to recognise.

“Women rightly feel that the criminal justice system re-victimises them and I agree with Rape Crisis Scotland that more needs to be done to understand why women, initially prepared to give testimony, then consider withdrawing.

“I fear this perceived coercion, however well-meaning, will have the opposite effect.” Scottish Green MSP John Finnie

“We all want to see more successful prosecutions and I fear this perceived coercion, however well-meaning, will have the opposite effect.

“I hope that the Crown Office and the third sector support agencies will continue to work together to encourage more victims to come forward and to secure more convictions, meantime halting this changed approach.”

Responding to the criticisms raised by Rape Crisis Scotland, a spokesperson for the Crown Office said the changes had been the “subject of consultation with stakeholder organisations” and stressed that the change was made in light of prosecutors’ duty to act in the public interest at all times.

The spokesperson added: “Where they can do so, prosecutors have a responsibility to hold the perpetrators of serious sexual offences to account, and to seek to protect the public from dangerous offenders.

“In sexual offence cases, the attitude of the complainer will always be a very significant factor in making decisions on prosecution and may often justify not proceeding further with the case. However, circumstances vary greatly and it would not be appropriate to lay down a rule that proceedings can never be taken if the complainer is reluctant.

“The new guidance will make sure that if the complainer is reluctant, the reasons for this will be fully explored and all reasonable steps taken to re-engage the complainer before a decision is taken about the case.”