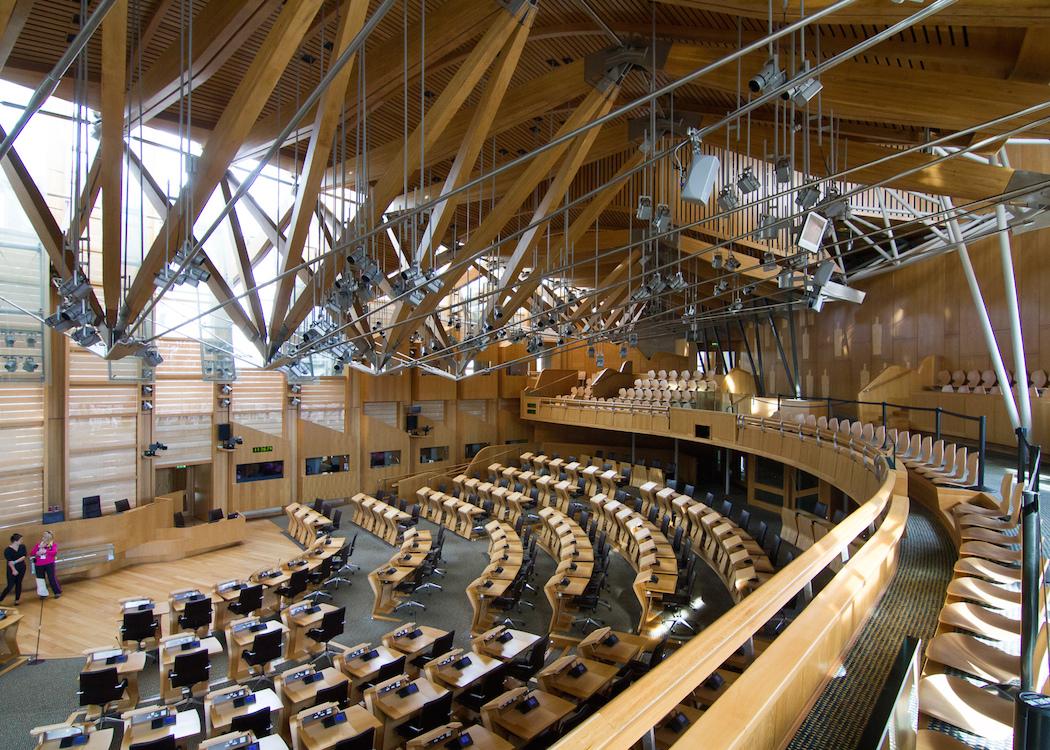 SCOTLAND’S five main parties have all promised to make an impact in the new parliament, with various proposals made of they will deal with a SNP-led government.

The SNP’s election victory delivered a historic third term for Sturgeon’s party – but with the group just two seats short of a guaranteed majority some negotiations will be required to deliver the party’s budgets and manifesto commitments.

While the Scottish Greens, Labour, and Liberal Democrats have pledged to work with the SNP on points of agreement, the Tories have promised a more confrontational approach.

First Minister Nicola Sturgeon has said her party has a mandate to deliver its manifesto in office.

However, recognising the realities of minority government, Sturgeon has also promised to work across party lines on big issues like education and the environment.

Speaking after the result, she said: “The government that I lead will be inclusive. It will deliver on the commitments we made to the Scottish people – but it will also reach out and seek to work with others across the parliament to find common ground and build consensus.

“Election campaigns inevitably focus on differences and dividing lines – but I believe that if we choose to find it, there is common ground aplenty to build on.

“I made clear in this election that education will be the defining and driving priority of my tenure as first minister – and that I expect to be judged on it. I reiterate that today.”

Scottish Greens co-convener Patrick Harvie has repeated the pre-election pledge of aiming to agree further tax reforms in return for his party supporting the SNP government.

The Greens, who worked with the SNP during the independence referendum, would have enough votes to deliver a parliamentary majority in all circumstances if the two parties managed to find common ground.

Harvie said a deal with the Greens would be more popular than the SNP receiving support from the Tories.

Scottish Conservatives leader Ruth Davidson made headway against her Labour competitors by taking a hardline anti-SNP and anti-independence stance.

Following the election the Tory party has set its sights on building opposition around more controversial SNP laws, such as the ‘Named Person’ proposal for child protection, and the offensive behaviour at football act (OBFA).

Davdison claimed – despite the pro-independence majority in parliament – that there was now no hope of a second referendum on independence during the next parliament.

The Scottish Labour party, reeling from another poor election result, called for a progressive alliance in parliament to lock the Tories out from influencing Scotland’s future.

Leader Kezia Dugdale said she wanted to work with the SNP on education police, and issue also earmarked by the first minister as a key policy area in the year ahead.

Dugdale said: “My priority has always been education and Labour led the debate in the election on using the powers of the parliament to stop the cuts and to invest in education. We will continue to argue for action to close the attainment gap in our schools in order to give our young people the best start in life.

“I said during the election that my priority would have been an Education Bill. My priority now will be working to put the ideas from our manifesto into action when the first minister comes to parliament with her plans to close the gap between the richest and poorest children in our schools.”

Willie Rennie’s Scottish Liberal Democrat party was demoted to fifth place in the Scottish elections – but welcomed the return of its five MSPs as an opportunity to work on its campaigning priorities in parliament.

Rennie, following is own election in Fife, pledged to work with the SNP on public service and tax reform: “Liberal Democrats set out our priorities clearly during the election campaign and we will work at Holyrood to ensure that issues like education, mental health and the environment stay at the top of the agenda.

“Scotland needs an urgent investment in education. We need a step change in the way we support people struggling with mental ill health. We will work constructively with others where we can to deliver liberal change but the SNP should not expect us to back their plans if they choose to take their lead from George Osborne on cuts.”