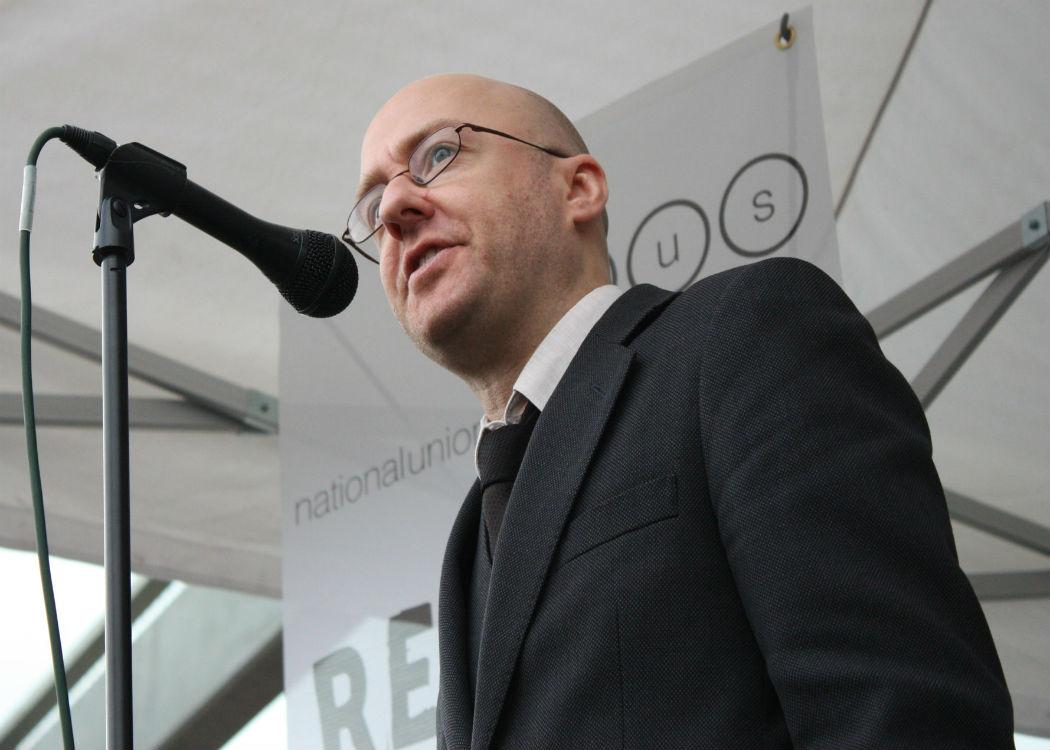 PATRICK HARVIE has said that a coalition of MSPs will hold the SNP to account on funding teacher training for LGBT+ inclusive education after the May Scottish elections.

Speaking to CommonSpace at an historic LGBT+ hustings in Edinburgh , the Scottish Greens co-convenor said that an announcement by the SNP that it will put in place a degree of teacher training if elected the next government meant that a lobby comprised of public and parliamentarians could now push it for specific funding commitments.

The pressure for education reform has been driven by the Time for Inclusive Education (Tie) campaign, which for over a year has been campaigning for Scotland’s schools to be equipped to provide an education that is inclusive of a range of human sexualities and identities in order to tackle the abuse experienced by LGBT+ students.

Speaking about funding for teacher training, Harvie said said: “I would have loved to have seen specific earmarked funding allocated to it in the announcement, but the fact that it isn’t there doesn’t mean they can’t be put on the spot over how they are going to deliver this.

“The fact that the Scottish Government have made this commitment means that all of us can hold them to account. It means that one of the first questions MSPs will ask after the elections, and there are a lot of us in various political parties who care about this, is how much are you going to commit to delivering this, how soon will that be put together, what are the nuts and bolts?”

“I would have loved to have seen specific earmarked funding allocated to it [teacher training] in the announcement, but the fact that it isn’t there doesn’t mean they can’t be put on the spot over how they are going to deliver this.” Patrick Harvie

First Minister Nicola Sturgeon has made five key commitments to progressing LGBT+ causes in the next parliament, including teacher training in inclusive education for all new, guidance and promoted teachers.

However she has made no commitment to creating a specified pool of funding for the teacher training scheme , a key demand of the SNP’s youth and student groups, which formulated a prospective manifesto policy alongside the Tie campaign .

The hustings, which saw the main party leaders including Harvie and Sturgeon address hundreds of campaigners and members of the LGBT community, was dominated by the demands of the Tie campaign.

Talking about the importance of the Tie campaign, Harvie said: “It’s been a really important new voice in the landscape of people campaigning on these issues.

“Quite justified demands are coming up against the way in which the Scottish education system is being structured.” Patrick Harvie

“Quite justified demands are coming up against the way in which the Scottish education system is being structured, we don’t have a national curriculum.

“The question is how we ensure that these absolutely necessary demands, the standards we expect from education, are going to be delivered. That conversation has begun, it hasn’t ended.

“During the next session of the Scottish Parliament we have to see real progress. We wouldn’t even be in that position, of understanding how that progress had to happen, if it hadn’t been for the Tie campaign getting the ball rolling. It really is inspiring, the work they have done.”

The Tie campaign was launched in 2015 by Liam Stevenson, a 37-year-old lorry driver, and Jordan Daly, a 20-year-old university student, who met and became politicaly active during the referendum campaign for Scottish independence. It has taken its cause to the Scottish Parliament and taken its message of inclusive education to schools across the country. The campaign has raised its own funds to train teachers in LGBT+ inclusive education, but is determined to secure support from the Scottish Government.