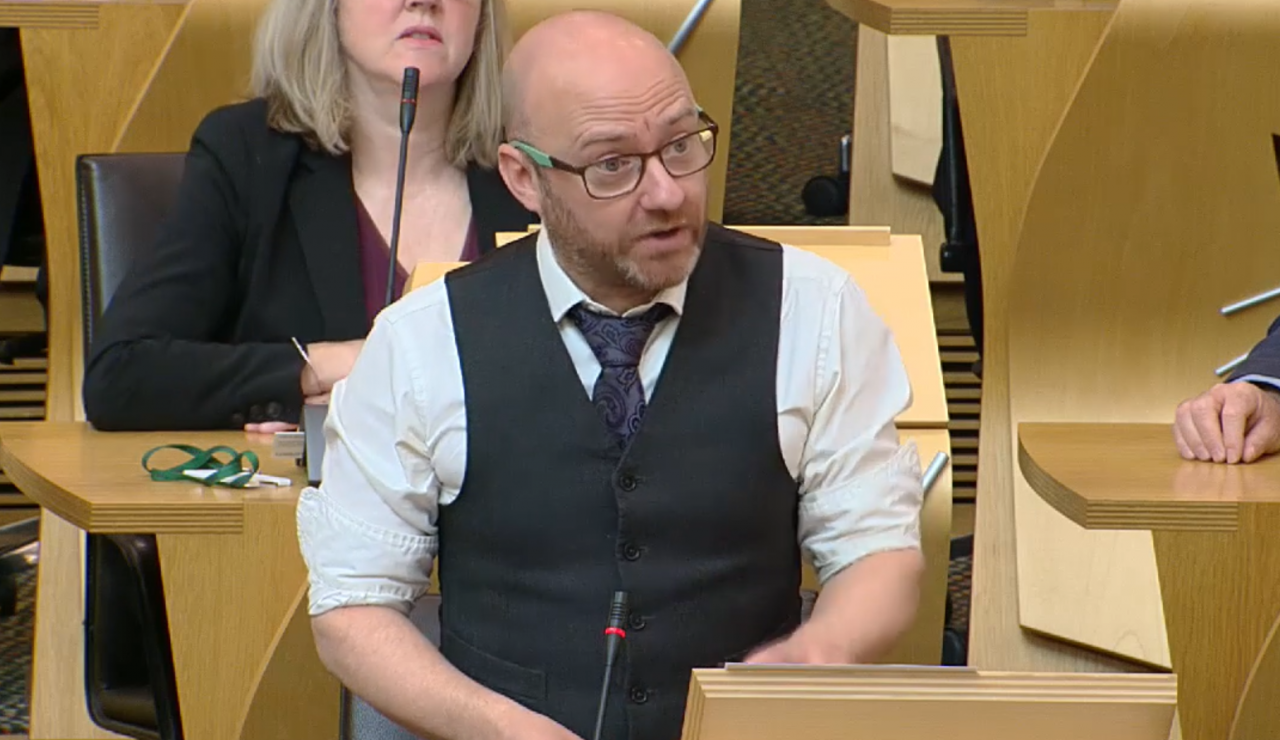 SCOTTISH GREENS co-convenor and MSP Patrick Harvie has called on the Scottish Government to take action following the termination of 40 temporary contracts of teaching staff at Glasgow Kelvin College.

Earlier this month, 40 temporary members of staff had been informed their contracts would end tomorrow [28 June]. Neither they nor union representatives had had any prior knowledge of this decision. Harvie raised the issue in Holyrood this afternoon at First Minister’s Questions, calling on the government to review the use of such contracts within the further education sector.

Nicola Sturgeon agreed to ask the Education Secretary to raise these concerns with the colleges, though she stressed it was a operational matter for individual colleges.

Glasgow Kelvin College employs a number of workers on zero hour type contracts, meaning their shift patterns can vary drastically from one week to the next. The Educational Institute of Scotland (EIS) told CommonSpace that “most of these contract-holders were used to undertake core lecturing work at the college, and not for short-term cover which is the normal excuse for using zero hours type contracts.”

Commenting, EIS General Secretary Larry Flanagan said: “As the actions at Glasgow Kelvin College illustrate, workers on these types of contracts are vulnerable as they do not have the statutory rights that other workers in the public sector have.”

“The EIS calls on the Scottish Government, which has the direct responsibility for colleges, to stop the continued use of zero hours contracts and zero hours types contracts in the college sector.”

The Evening Times has previously reported that the EIS’ Further Education Lecturers’ Association (EIS-FELA) has lodged a grievance with the college. The union has described the use of temporary contracts as “endemic” in further education.

Over 3000 students will be returning to the college in August, and there are fears that courses will not be adequately staffed.

Harvie, speaking at FMQ’s on Thursday, stated: “The First Minister’s government must urgently get to grips with the crisis faced by Scotland’s colleges. It is completely unacceptable that college staff who were expecting to move onto permanent contracts are now faced with having their contracts ripped up with little warning. Under the terms of the national agreement, many of these lecturers should have been moving onto permanent contracts but now find themselves out of a job.

“This cynical move by college management to prevent them from reaching their two years’ service will put courses at risk and ultimately it will be students who miss out. This could lead to thousands of students who have signed up for courses in good faith turning up in August only to find that there is not enough staff to teach them. The Scottish Government must urgently review the use of temporary contracts in the college sector.”

READ MORE: ‘We are not greedy’: Striking college lecturers offer show of force outside Holyrood

A spokesperson from Glasgow Kelvin College said: “The College can confirm that, as has historically been custom and practice throughout the Scottish FE sector, it has informed its temporary lecturers of the termination of contracts at the end of the academic session.  The College has implemented the national transfer to permanence circular, as agreed, in April 2019.

“The College is grateful to have the services of temporary lecturers who take up employment on the basis of fixed-term contracts during the academic session in order to meet learning and teaching needs.  The ending of the contracts has no implication for employment rights nor any service which might count towards permanency for staff returning at the commencement of the new academic year.”

They added: “This is a financially challenging time for the entire college sector, as outlined in the Auditor General for Scotland’s recent report.  The College is currently undertaking a consultation process with teaching unions, and meetings with staff and management have been taking place all this week to explore solutions which will secure the employment of all permanent staff.

“The College would be happy to meet with Mr Harvie to discuss his concerns.”

Image courtesy of the Scottish Parliament