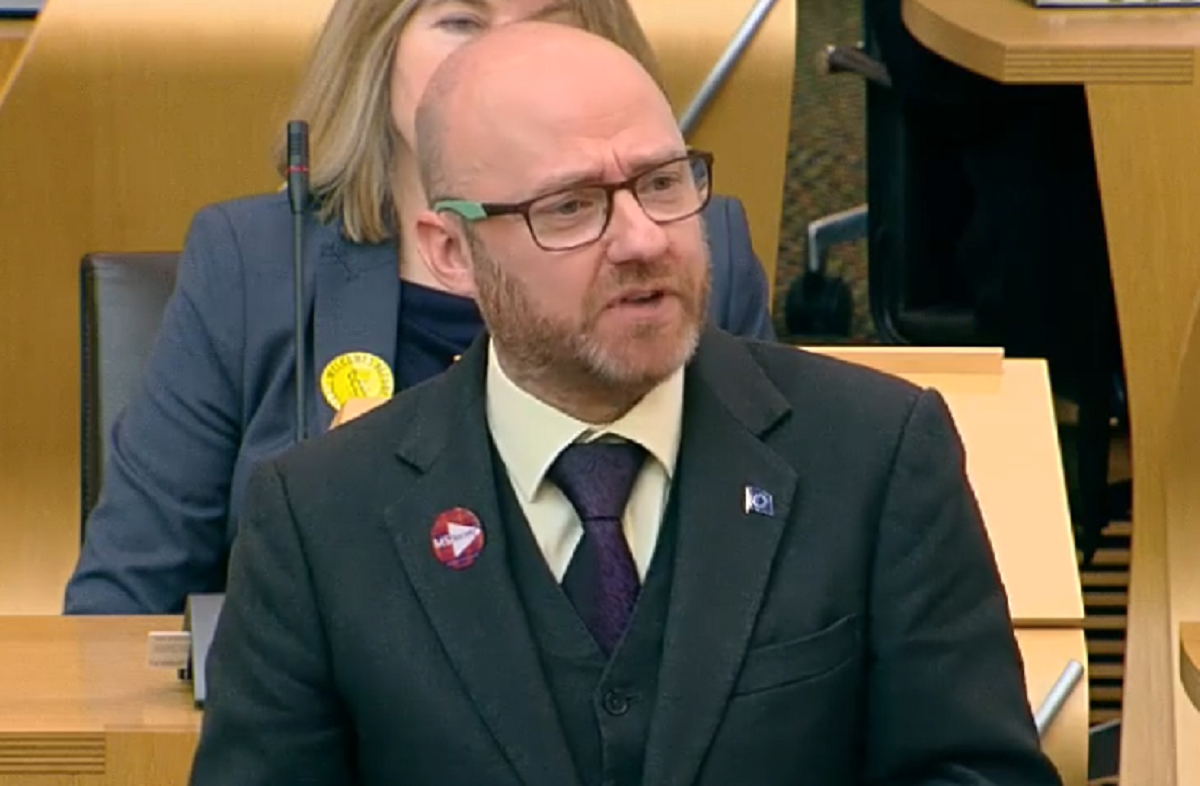 THE Scottish Green Party have branded a Green New Deal “impossible” under the terms of the SNP’s Growth Commission report, ahead of a crucial vote on the economic prospectus at this weekend’s SNP conference.

Speaking at First Minister’s Questions, Green co-convenor Patrick Harvie welcomed the “very positive announcement about putting Scotland’s future back into Scotland’s hands” made by Nicola Sturgeon in her statement to the parliament yesterday (24 April), where she announced that she would be pursuing an independence referendum by 2021, but he warned that the Growth Commission plans, set to be voted on at SNP Conference in Edinburgh this Saturday (27 April), would leave an independent Scotland “without the real economic control that we need”.

The remarks came following a vote in favour of a Green New Deal in Scotland at the Scottish Parliament on Wednesday, following a speech by Sturgeon to the STUC annual congress last week where she said she supported the idea, which would see an enormous rise in public investment in new green energy infrastructure to rapidly reduce carbon emissions.

Harvie said: “Isn’t it also clear, that neither devolution, nor a currency union, nor the business as usual vision set out in the SNP’s Growth Commission would permit the genuine economic independence that we need to make that transformation possible?

“Why should we close-off the possibilities that independence offers now of all times?”

Responding, Sturgeon said: “I don’t agree with that at all.”

“It is healthy that a range of parties are backing independence and putting forward a range of views. The essence of independence is that we decide these issues for ourselves.

“My party conference, as some will have noticed, will meet at the weekend and we’ll have a very positive debate about how independence will allow us to emulate the success of other small, independent countries and become more prosperous and fairer as a result.”

However, Harvie continued to insist that the Growth Commission proposals – which would see an independent Scotland continue to use Sterling without monetary policy levers, “mirror” UK financial regulation and enforce tight public spending controls – would damage the desirability of independence in the eyes of undecided voters.

He said: “This needs to be a clear contrast with a failed UK Government agenda, with its brutal austerity economics.

“Without independence we have one hand tied behind our backs, but with the Growth Commission we’d have the other hand tied instead, gaining political independence but without the real economic control that we need. People who were open but not convinced in 2014 are far more likely to back independence if it’s based on a positive, bold vision for Scotland’s future.

“Will the First Minister accept that what the Growth Commission offers is closer to the failed model of the UK, and that the Green party’s plan for a Green New Deal represents the alternative, bold new vision that Scotland needs?”

Sturgeon replied that the Growth Commission recommended that an independent Scotland “use the strength of our economy to build a fairer, more just society”.

Harvie said afterwards that he was sure his criticisms were “a message the First Minister will hear this weekend from SNP activists, many of whom are deeply concerned by the Growth Commission proposals, which would, if they are adopted, make a Green New Deal impossible, given the major constraints they put on public investment.”

Following Sturgeon’s address to the STUC last week advocating for the Green New Deal, opponents of the GC report and environmentalists said that the words required radical follow-through to be meaningful.

Harvie said the Scottish Greens would campaign in a new independence referendum for a Green New Deal.

In the chamber Harvie introduced the Green New Deal as a global movement of opinion that amounted to “far, far more than just a green jobs strategy” drawing in diverse and far reaching changes to  modern economies including re-regulation of finance, a new approach to debt and stimulus and transforming the economy by changing its priorities to meet the needs of the majority.

He emphasised the need for state intervention, including through a Scottish National Investment Bank as he said “markets and competition alone” could not bring about the necessary transformation.

Analysis: With just days until the vote, a defence of the economics of Sterlingisation has still not come

Climate change minister Roseanna Cunningham said that it was important that a just transition was “socially just” and didn’t leave behind “businesses, industries and consumers”.

Harvie accepted concerns from Scottish Labour about the failures to promote green job growth so far to enable a just transition from established industries, but warned against the manipulation of these arguments by the corporate lobby. He dismissed the Scottish Conservative’s approach to the question, stating that “the growth obsessed model of free market capitalism” had multiplied social and ecological crises and could not be used to fix the problems created.