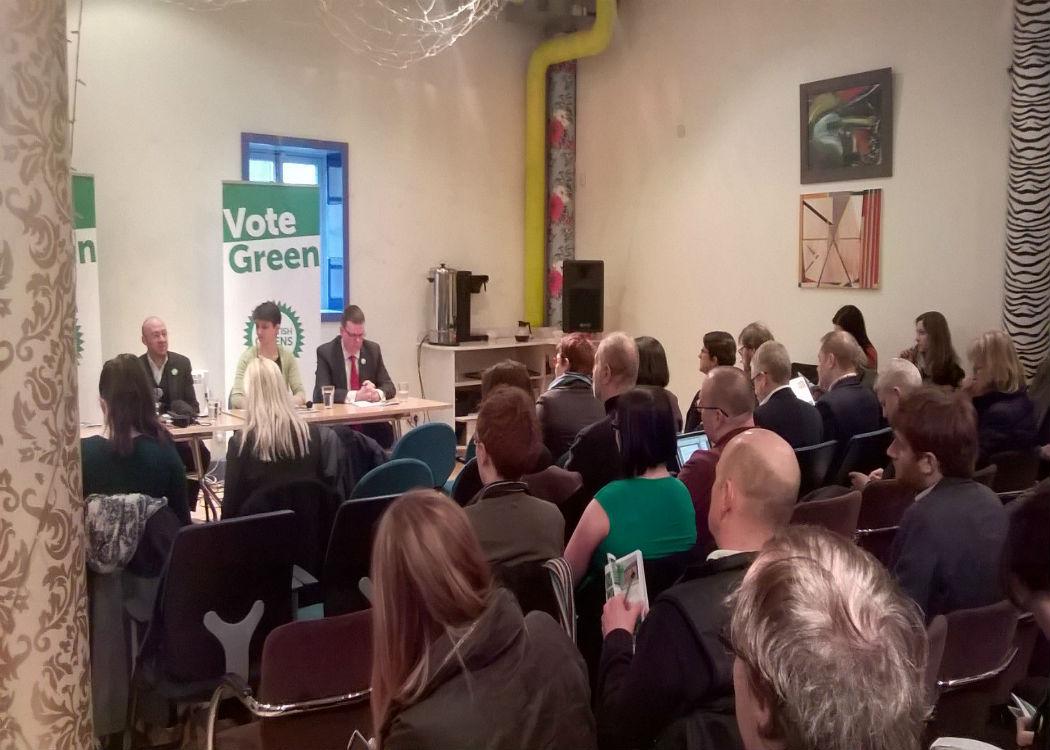 SCOTTISH Greens co-convenor Patrick Harvie stated at the party’s General Election manifesto launch on Monday that it wouldn’t prop up a minority administration at Westminster or Holyrood if the government continued the policy of extracting the remaining oil reserves out of the North Sea.

The Green party could find themselves in a powerful position after the General Election if the party can win a small number of Westminster seats and, as polls currently predict, there is a hung parliament with Labour as the largest party.

A minority Ed Miliband administration could rely on the so-called ‘progressive alliance’ of the SNP, Greens and Plaid Cymru to govern.

Harvie’s statement may be a dent in those hopes, as the SNP and Labour both have supported lower taxes and more incentives for oil companies to continue investment in the North Sea. The industry has been hit by falling oil prices, and last week Shell UK announced 250 job cuts.

The Green co-convenor was asked at the press conference in Edinburgh launching the party’s manifesto under what circumstances he would prop up a Labour minority government at Westminster, and said that continued extraction of oil from the North Sea could be a deal breaker.

The Scottish Greens manifesto advocates a PS10 minimum wage by 2020, nationalisation of the railways and banning fracking entirely. (Click here to read more).

Peter McColl, Scottish Greens’ target candidate in Edinburgh East, said the Greens supported a “just transition” from the oil industry to renewables that would provide jobs for those who work in the oil industry in the North-East of Scotland by utilising their skills on developing Scotland’s wave and wind capacity.

The Scottish Greens has proposed an alternative strategy to the SNP, Tories and Labour proposals to cut taxes for North Sea Oil companies, which the Greens describe as a “knee-jerk” response.

The proposals from the Scottish Greens include: funding transition training of workers in fossil fuels to renewables to address the green energy skill shortage; basing new civil service jobs in energy in the north-east of Scotland; increased local council funding to boost investment; and quicker upgrades of the national grid so renewable energy schemes can develop faster. (Click here to read more).