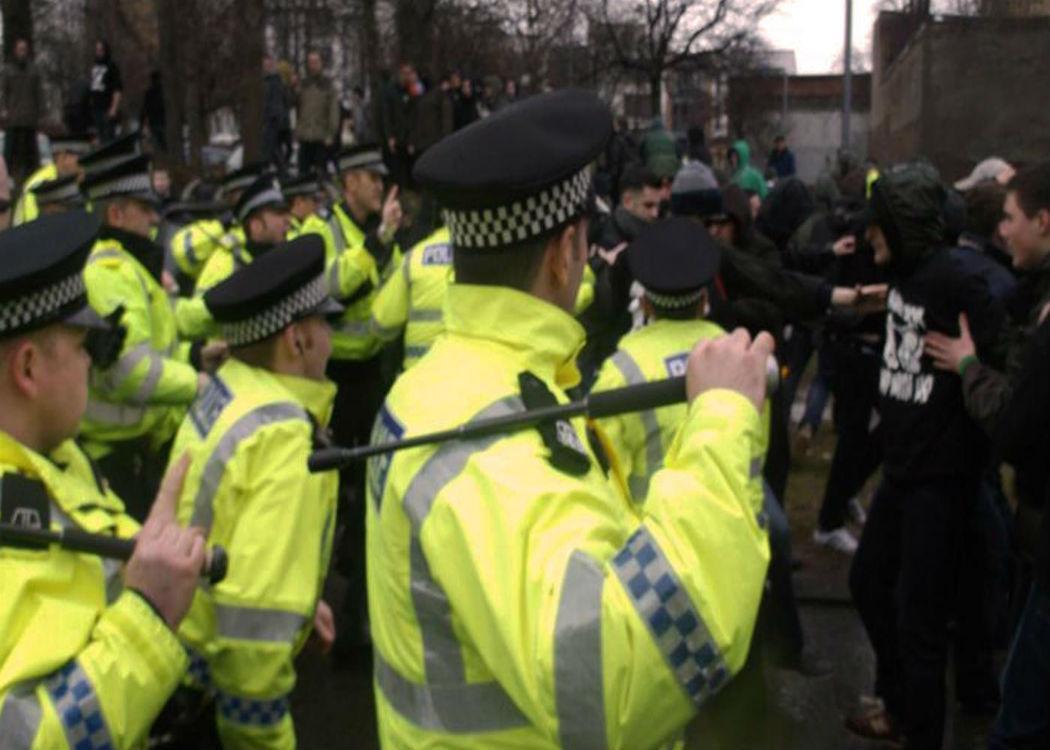 AS Scottish domestic football resumed at the weekend following the international break, yet another story of fan harassment had broken.

CommonSpace exclusively released the voice clip within which a police officer allegedly attempted to bully and abuse a young supporter making his way home from a match.

When the young fan had the temerity to ask the officer why he had opted to stop him, he was bluntly told: “Because I fucking can.”

The clip gets considerably worse as it goes on.

“I will fucking ruin your life,” barks the man charged with protecting our communities. What is worse is that once the recording had finished, the officer then allegedly attempted to confiscate the young man’s phone and attain his password, knowing fine well he had been caught.

Such is the lack of trust in our police force, the young man does not wish to pursue an official complaint for fear of reprisal. The whole episode captures just how poisonous the relationship between football fans and the police has become.

What is even worse is that this incident does not exist in isolation. It is part of a pattern of harassment and intimidation of football fans which can ultimately be traced back to the introduction of the Offensive Behaviour at Football and Threatening Communications (Scotland) Act in 2012. Police have become so emboldened by the extraordinary powers granted to them by the SNP that they feel confident enough to consistently harass fans without cause.

One video clip released recently showed young fans being stopped by the police and having a banner protesting the Act being taken from them. The video is clear as day. The officers approach the boys and one then lifts the banner out of a young fan’s arms. Extraordinarily, the police stated that they did not ‘confiscate’ this banner but merely ‘found’ it. In this instance, they found it in the arms of its owner.

Other footage released by the BBC earlier this month showed a group of young fans being detained, filmed, harassed, interrogated and ‘kettled’ before being released prior to a match at Celtic Park.

This assumption that fans cannot be trusted to behave has been codified into law by the Scottish Government. Football fans need to have their own law which does not apply to the rest of society to keep them in line.

This comes at a time when Police Scotland have apparently ditched their non-consensual stop and search procedures. It appears that these officers did not get the memo.

These recent incidents have re-ignited the debate around policing at football and the legislation which underpins it. In each of these events, not a single fan committed a crime or is alleged to have done so. And this is the crux of the matter.

Under the Offensive Behaviour at Football Act fans are automatically viewed as a threat to society. All of the very worst of the anti-working class stereotypes are often trotted out in the media about football supporters. All fans are potential thugs, drunks and bigots.

When Celtic played Rangers in February’s league cup semi final at Hampden, the match passed almost without incident. The large scale disorder that so many had predicted had not come to be. Yet rather than note the fans’ responsible behaviour as being the reason for this, the Scottish Sun’s headline the next day still denigrated the law abiding supporters who had turned out at Hampden as it read ‘Cops 1 – Yobs 0’.

This assumption that fans cannot be trusted to behave has been codified into law by the Scottish Government. Football fans need to have their own law which does not apply to the rest of society to keep them in line.

We need legislation which inhibits all of these things and specially trained officers to follow fans’ movements, film them in stadiums, and stop them for interrogation whenever they see fit, even when there is no evidence to suggest that anything illegal has or will take place.

Is it any wonder that the police feel that they can treat fans like criminals with impunity?
This narrative is dangerous, the legislation is discriminatory and the policing tactics which have been used are abhorrent. None of these things are conducive to a positive environment at football nor are they symptomatic of a healthy and tolerant society.

This is not merely an issue which affects football supporters but anyone who cares about civil liberties. It is not anti-sectarian legislation but an attack on freedom of expression, which affects us all.

And if we wish to prevent the police from ruining the lives of fans and our national game along with it, we need to all call on the SNP to repeal this law to begin the process of fixing the mess which they have created.