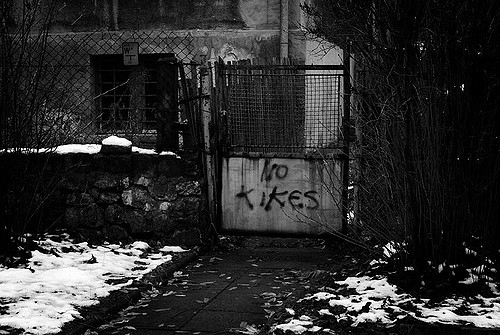 Paul Spicker, emeritus Professor at Robert Gordon University and organiser of his local synagogue, argues that there is a problem with anti-semitism in Scotland and that understanding that means not conflating the issue with Israel in any way

ANTISEMITISM is one of the oldest hatreds, built on centuries of prejudice, isolation and rejection.  The most widely accepted definition of antisemitism, recently adopted by the UK government, explains it in these terms:

“Antisemitism is a certain perception of Jews, which may be expressed as hatred toward Jews. Rhetorical and physical manifestations of antisemitism are directed toward Jewish or non-Jewish individuals and/or their property, toward Jewish community institutions and religious facilities.”

I’m Jewish, and I’m active in my community.  I’m also responsible for running the local synagogue, which I’m going to call by the name most Jewish people would use – shul, a Yiddish word related to the German Schule or “school”.  I regularly take local primary school classes into the shul as part of their education on culture and religion.

I’m ready to say that most of the antisemitic incidents I’ve experienced have been fairly trivial.  For example, I’ve had pork pies and a deranged note left at the shul door.  No-one who knows anything about Jews could possibly imagine that pork pies are the most offensive object we’ll ever see.  If someone paints a swastika back-to-front on my shul, I know it’s meant to offend, but I also know they’re not really serious, because if they were they’d get it the right way round.  And if someone does it the right way round and adds a few slogans, which we’ve had too, let’s keep it in perspective: no-one’s actually been hurt.

I hope that people will recognise that there is a problem of antisemitism in Scotland, even if it’s not a major one.  A study by the Scottish Council of Jewish Communities, which I had a hand in designing, reflected both the feeling that Scotland was a pretty good place for Jews to live, and that there were recurring problems.  A follow-up study reported the views of people who are frightened to admit to a Jewish identity.  People in Scotland who dress visibly as Jews, people who go to community events, Jewish people at parties or in social settings, people on the street or in public transport, are intercepted, harangued and bullied by strangers.  It’s seen, and experienced, as another manifestation of race hate.

A third of the respondents to this study talked about a heightened level of anxiety, discomfort or vulnerability.  17%, one in six, said that they now keep their Jewish identity secret.  Several said that, for the first time, they were thinking of leaving Scotland. After the Macpherson Report on Stephen Lawrence, it was fairly generally accepted that we should be considering racism from the viewpoint of the victims rather than the perpetrators, and that if an action was seen as racist, it should be treated as racist.  But the people spouting racist comments persistently deny that they are racist, and Jews have to put up with a redefinition of their experience imposed by people who want to criticise them.

This is where Israel comes in.  It’s not unusual for antisemitic comments to be made in code – Holocaust denial, references to hidden elites, even flesh-eating lizards.  But often these comments are made and defended with the claim that it’s something to do with Israel.  David Collier’s disturbing report on antisemitic propaganda in Scotland shows that some of the people who represent themselves as Scottish activists for Palestine are actually spreading a poisonous mix of Holocaust denial, conspiracy theory and classic attacks on Jews.  There’s a visible link between anti-Israel sentiment and the expression of antisemitic views: a cross-European study in the Journal of Conflict Resolution found a clear, strong and consistent connection between the two.

READ MORE – Ex-NUS President: Murdo Fraser is a hypocrite on anti-semitism and bigotry

A report for the European Agency for Fundamental Rights notes that “events in the Middle East can act as a trigger for translating anti-Israeli sentiment into antisemitic sentiment targeting Jewish populations as a whole.”  In that report, 40% of British respondents said that people blamed them for the actions of the Israeli government.   According to a survey for the Campaign against Antisemitism  78% of British Jews – more than three quarters – have witnessed antisemitic comments disguised as comments about Israel.  And in Scotland, four out of five people in follow-up study to Being Jewish in Scotland said that events in the Middle East had negatively affected their experience of being Jewish in Scotland.

The guidance issued to accompany the definition of antisemitism says plainly and directly that “criticism of Israel similar to that levelled against any other country cannot be regarded as antisemitic”.  It shouldn’t be hard to tell antisemitic comments apart from anti-Israeli ones, but lots of people say they find it difficult, which is why the guidance has had to be written.

To understand where the lines are drawn, it might help to take the argument away from Israel.   If I wrote that “It’s not Islamophobe to condemn the Islamic Republics of Pakistan and Iran”, you’d probably object, and you’d be right to do so.  The problems are that (a) it’s a deliberate selection of two “Islamic Republics” and that (b) I’ve just coupled a statement criticising them with their religion, rather than offering any legitimate criticisms that might be made of their policies.  Let me take the analogy with Pakistan a little further.  The list which follows consists of examples used in the international guidance by way of illustration.

Put the word “Pakistan” instead of “Israel” in any of these statements, with “Muslim” for “Jewish”, and you should be able to see (I hope) why disregarding this advice is racist.  Think about “targeting the Republic of Pakistan, conceived as an Islamic collectivity”, “accusing people of Pakistani origin of being more loyal to Pakistan”, or “denying the Muslim population of South Asia their right to self-determination, by claiming that the existence of the Islamic Republic of Pakistan is a racist endeavour”.

I’d add another point to the list: it’s wrong to direct criticism of Israel at Jewish people, because it’s wrong to direct criticism of anything at people simply because of who they are.  I can’t think of any circumstances where it’s legitimate to step up to people who appear to be Jewish in order to badger them about Israel.  People who want to persuade others of the justice of their cause have to think not just about what they’re saying, but how they’re saying it and who they’re saying it to.

I know that many people will respond to this piece by asking: what about Israel’s behaviour, then?  It’s beside the point. As you may or may not have noticed, this article doesn’t actually say anything on the subject.  That’s because it’s not about Israel; it’s about antisemitism in Scotland.  And if you haven’t got that, you haven’t got the message.