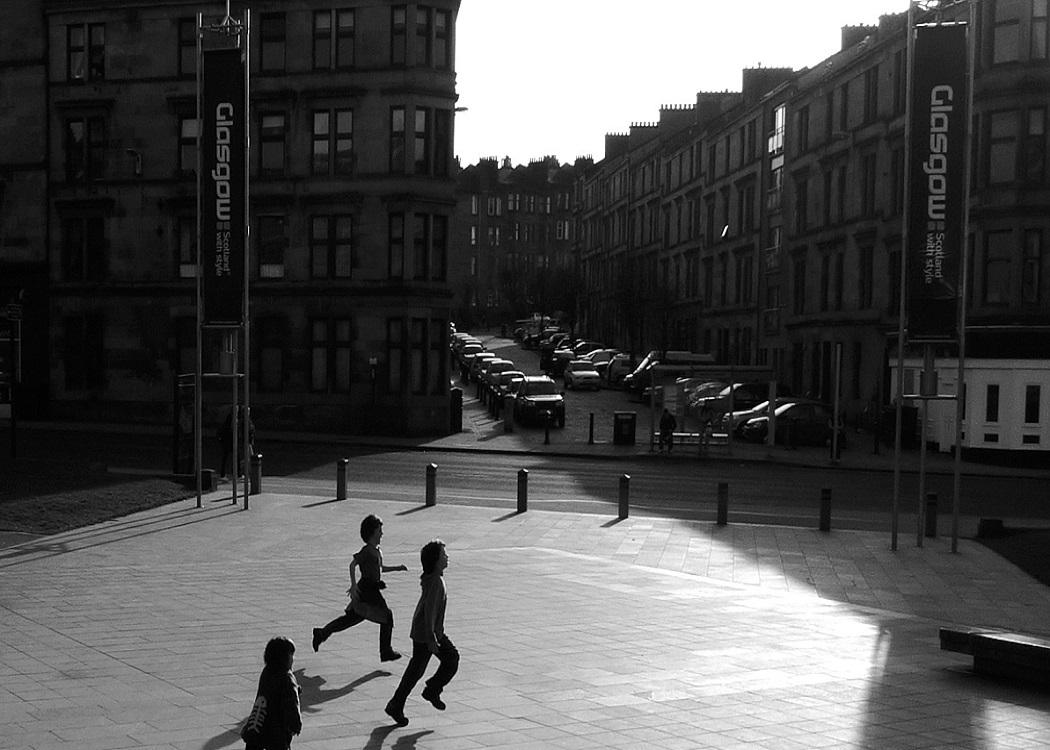 GLASGOW has been Scotland’s largest metropolis for almost two centuries and is a city with an extraordinary legacy of fine Victorian and Edwardian architecture.

The ‘gilded age’ prior to the outbreak of the First World War that bequeathed such a handsome cityscape saw Glasgow grow to become the fourth largest city in Europe – a status that was commensurate with its position as a world leading centre of industry – the wealth of which generated extraordinary civic investment in public buildings and infrastructure that was on a par with any major city in the world.

The great industrialists of the age – Carnegie, Elder, Pearce and Reid – furnished every part of the city with fine public halls, libraries, hothouses, parks bandstands and fountains in a spirit of paternal philanthropy.

Glasgow is now only one of two cities in the western world – the other being Detroit – to have the ignominious title of being a former ‘million city’.

The rapid expansion of the city saw the population of districts like Govan increase more than tenfold: from 9,000 in 1864 to 95,000 by 1907. Such pressures did result in slum housing conditions as private tenement construction failed to keep up with demand, and political pressure increased throughout the early 20th century to address this chronic problem.

The first Labour government brought in the famous Wheatley Housing Act of 1924 to provide state subsidies for house building, leading directly to the creation of Glasgow’s municipal housing department, and saw large scale building of some 57,000 new homes in new districts like Knightswood and Cardonald during the inter-war period.

Indeed, the pressure to develop suitable land for housing led to Glasgow more than doubling in size, from 5,251 to 12,159 hectares during the 1920s and 1930s, although it was not until after 1945 that new districts like Easterhouse, Drumchapel, Pollok and Castlemilk were fully developed.

Glasgow was relatively lightly damaged by enemy bombing during the Second World War, but the fervour with which subsequent urban planning policy was implemented would see a level of decimation of the city’s urban fabric that even the Luftwaffe couldn’t have hoped to rival.

No less than 29 districts of the city were designated as ‘comprehensive development areas’ within which everything was to be demolished and rebuilt, including the road layout.

100,000 houses, a third of the city’s entire stock, were demolished. The first such development area, the Gorbals, saw the complete destruction of that district and the population reduced from 26,000 to just 10,000.

Shops in the area were reduced from 444 to 57, pubs from 46 to nine and any industry was removed altogether.

The impact of such overzealous planning policy in Glasgow has been largely disastrous. Displacement of a large part of the city’s population to peripheral housing schemes like Easterhouse led to severe problems of urban dislocation and isolation.

The new schemes had inadequate transportation connections to the rest of the city, negligible shopping provisions, and undermined the thriving community life and social infrastructure of the old tenement neighbourhoods of the inner city.

Large-scale depopulation of the city over the last half century means that over 60% of Glasgow’s population now lives within 500 metres of derelict land, and over 92% within 1,000 metres, with most of these sites situated within the city’s most deprived communities.

A failure to adequately finance good quality construction standards soon saw the new housing schemes succumb to damp and descend into slum conditions not dissimilar to those which they were designed to relieve.

Although post-war policies like the 1946 Clyde Valley Regional Plan were no doubt developed with the best of intentions to address the city’s slum housing crisis, its implementation has had a destructive effect on Glasgow’s urban environment – the legacy of which we are still living with today.

Glasgow is now only one of two cities in the western world – the other being Detroit – to have the ignominious title of being a former ‘million city’, which means a city that once achieved a population of over one million but has since declined below that threshold again.

The large-scale depopulation of the city over the last half century means that over 60 per cent of Glasgow’s population now lives within 500 metres of derelict land, and over 92 per cent live within 1,000 metres of a derelict land, with most of these sites situated within the city’s most deprived communities.

For example, 10 per cent of North East Glasgow consists of derelict land, relative to a mere 0.5 per cent in the adjacent suburban area of East Dunbartonshire.

This situation persists because the comprehensive manner in which the city was damaged in the decades after the Second World War has not been matched by anywhere near the scale of resources and intervention required to repair the huge damage wrought upon its urban fabric by that pernicious process.

Many districts of Glasgow have now become little more than areas of managed decline. In these areas the built fabric is so poor that in assessing priorities for urban planning, particularly in the context of limited resources, many planners simply consider it more appropriate to invest in areas already showing potential to be successful – such as in the Gorbals, in contrast to areas that are not deemed to hold that potential, such as Springburn, where the population is forecast to continue declining despite a city-wide increase.

The very worst areas in terms of deprivation and health frequently do not get the resources required to rebuild their shattered urban environments.

Thus, the very worst areas in terms of deprivation and health frequently do not get the resources required to rebuild their shattered urban environments. Recent planning policy has also often not been based on a rational objective assessment of need, but is instead driven in an ad hoc basis by political expediency, or from opportunities that are driven by private investment, which is often focused on greenbelt land, such as the growing car-dependent suburban sprawl of areas like Robroyston.

Repairing the damage needs to be as radical as the forces which caused the damage in the first place – the root causes of the scandalously high levels of derelict land and buildings in Glasgow need to be challenged.

This could start with reform to taxation at local and national levels that currently promote perverse incentives to ‘land bank’ vast swathes of the city’s vacant land through rate relief and no requirement to pay tax on the underlying value of the land itself.

The levy of 20 per cent VAT on building renovations while providing full relief for new build development also disincentivises owners from undertaking property renovations and promotes further deterioration of the city’s fabric.

The latter issue is a particularly acute threat to over 160 of the city’s historically important listed buildings that currently languish on the Buildings at Risk Register.

Repairing the damage needs to be as radical as the forces which caused the damage in the first place – the root causes of the scandalously high levels of derelict land and buildings in Glasgow need to be challenged.

Although laudable new programmes like the Transformational Regeneration Areas, which involves the construction of some 7,000 new homes within inner city districts as well as the infrastructure projects outlined in the Glasgow City Deal, offer significant scope to repair some of the damage, they still fall far short of the scale of intervention required to rehabilitate the city’s derelict land to the extent needed to bring it in line with the national norm.

Agencies like City Property, toiling under a huge property debt burden after buying Glasgow City Council’s surplus property assets, has also been pursuing aggressively counterproductive tactics against tenants in historic areas of the city like High Street, while insisting on charging exorbitant prices to dispose of historic assets like old school board buildings, which almost certainly condemn them to long-term dereliction, vandalism and demolition.

Only when the city and national governments adopt the necessary ambition and coherent vision to deliver a robust and uncompromising strategy to unlock and reutilise the city’s derelict land and buildings by addressing the tax and administrative problems outlined in this article can we truly be confident of seeing the basis for Glasgow to flourish as the global city it surely ought to be once again.