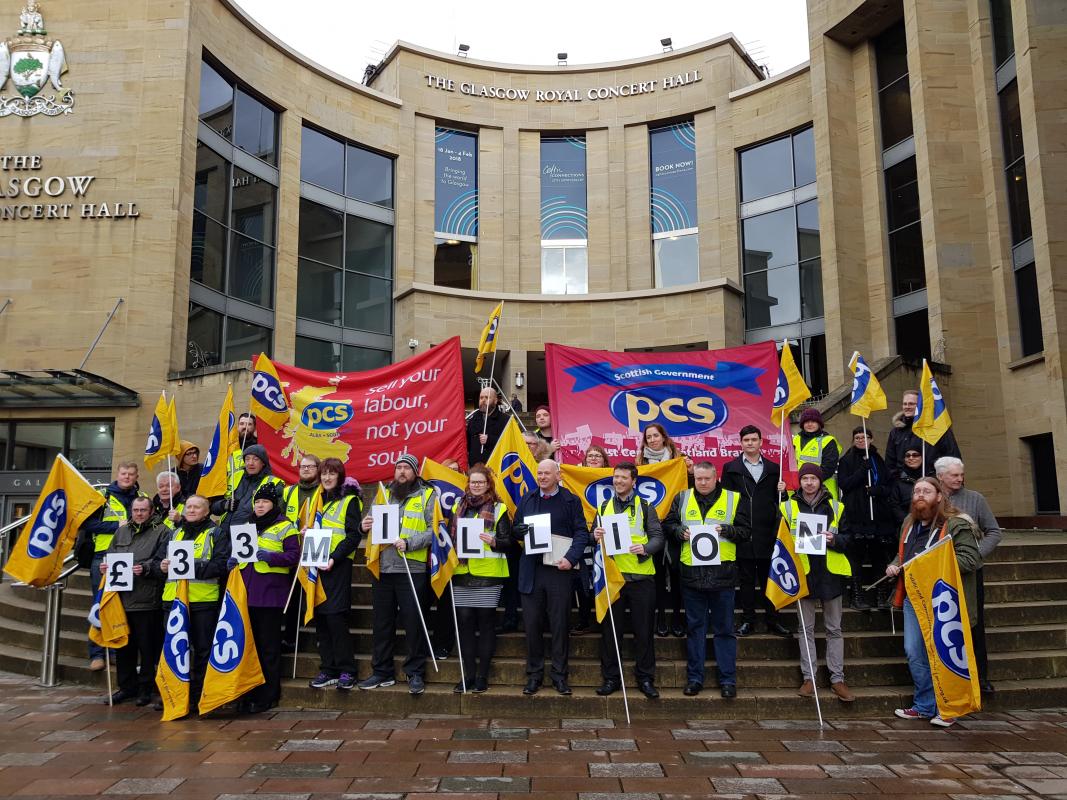 THE PUBLIC AND COMMERCIAL SERVICES (PCS) Union today engaged in a day of protest against the continued imposition of the 1 per cent cap on public sector pay by the UK Government.

PCS branches across the UK called for demonstrations to take place on 14 February following the failure of the UK Treasury to address the continuing crisis in public sector pay in the Autumn budget. Those participating in the protests include Jobcentre workers, HMRC officers and Home Office Staff.

In Glasgow, civil service workers assembled on Buchanan Street to highlight to considerable losses to the city’s workforce brought about by the pay cap and related austerity measures.

With over 10,000 PCS members in Glasgow, the total loss to Glasgow’s civil servants alone – based on the average salary and the individual loss of pay to date – has been at least £33m.

“This Tory government is out of touch with the realities of working life and our members are preparing to take them on for a wage that pays the bills.” PCS National Officer Lynn Henderson

In 2017, PCS balloted its members on pay, receiving what the union described as a “record breaking turnout” that resulted in an overwhelming opposition to the pay cap and calls for a statutory ballot on industrial action if the pay cap is not removed.

“The pay cap hasn’t just damaged workers’ standard of living, it has negatively impacted the communities they live in. The recent PCS ballot proved that our members are angry, they are refusing another year of austerity pay and these protests today keep up the pressure.

“Enough is enough. This Tory government is out of touch with the realities of working life and our members are preparing to take them on for a wage that pays the bills.”