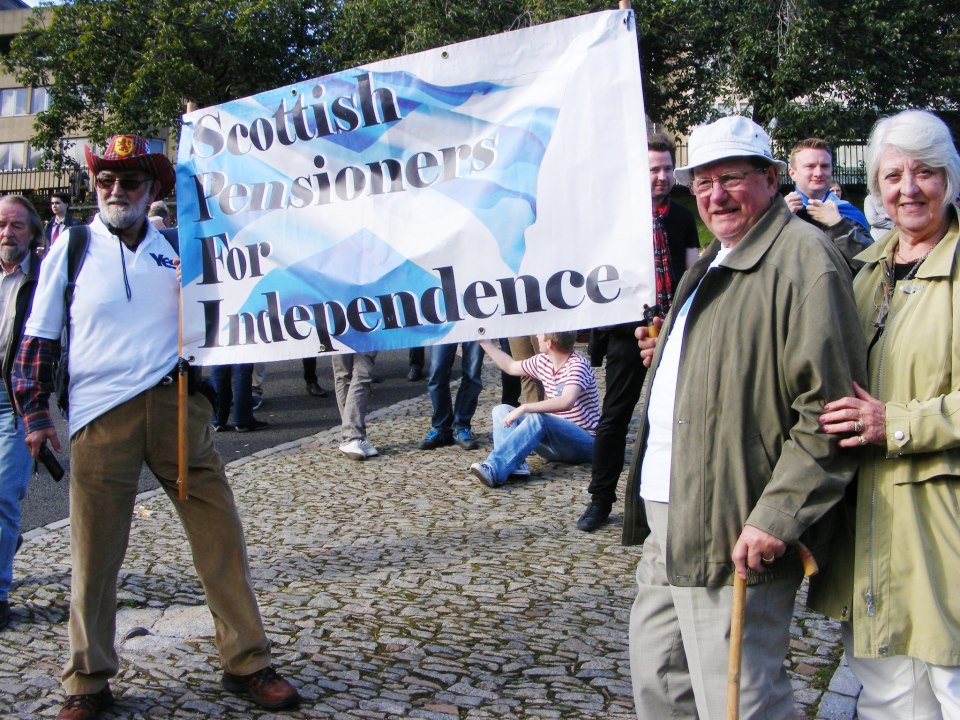 PENSIONERS have urged that there should be no let-up in the campaign for Scottish independence, and that campaigning should learn from Labour leader Jeremy Corbyn’s efforts in the General Election.

The calls come as First Minister Nicola Sturgeon told the Scottish Parliament the Scottish Government maintained a “mandate” to hold a referendum on Scottish independence in the course of the current Scottish parliamentary term, though no new date for another vote was established.

She went on to say she would engage with the wider pro-independence movement and re-afirm the case for independence.

The group are planning to send a motion recomending this course of action to both the SNP national council and to the Scottish Independence Convention (SIC).

“We can’t afford to put independence on the back burner. We need to keep campaigning wether or not that campaign is attached to a particular date.” Jenny Campbell, Pensioners for Independence

Speaking to CommonSpace Jenny Campbell, convenor of Edinburgh and Lothians Pensioners for Independence, said: “We can’t afford to put independence on the back burner.”

“We need to keep campaigning wether or not that campaign is attached to a particular date.

“We think we should learn from the UK labour campaign.

“Corbyn’s campaign had that momentum that the SNP had in 2015 when it won 56 seats.”

Campbell said that campaigning must continue  to avoid “any momentum there is to simply disappearing” in coming years.

The motion to the SNP, which will hold a national conference later this year and to the SIC, which was launched in January to organise for a second vote, currently reads: “Pensioners for Independence resolves to: 1. continue to make the progressive case for Scottish independence; 2. build the narrative that an independent Scotland will have more economic leverage to address the jobs crisis for the young, end zero-hour contracts, deal with the housing, protect pensions and much more; and 3. call on the SIC and the SNP National council to produce an independence manifesto, not a tome, but a short document setting out crucial policies and actions that address the issues facing Scotland’s working-class majority. A manifesto ‘for the many’ can be an organizing tool that will help build the Yes movement over the next 18 months.”

Following the lost of 21 seats in the 8 June General Election, Sturgeon announced that the party would reflect on the prospects for a second referendum.

Speaking in the Scottish Parliament today (27 June) Sturgeon said her priority over coming months would be “securing best possible Brexit outcome for Scotland” but that “at the end of the Brexit process Scots should have a choice about their future direction”.

Pensioners for independence will hold a national conference in November this year in Edinburgh.