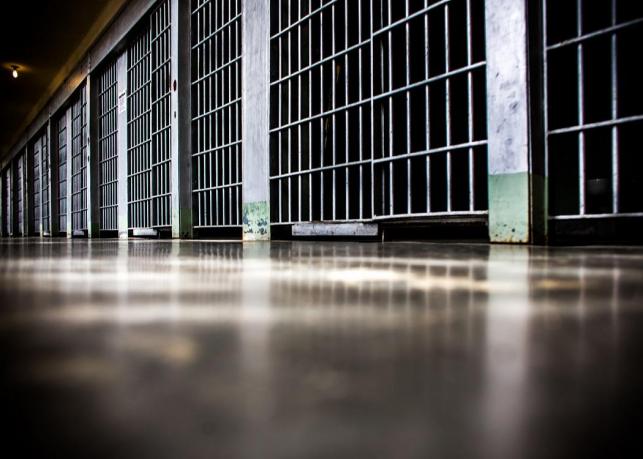 HM CHIEF INSPECTOR of Prisons for Scotland David Strang has advised the Scottish Parliament Justice Committee that remand – when people charged with criminal offences are held in prison prior to trial or sentencing – is being overused, with troubling consequences.

As part of the committee’s inquiry into the issue, Strang suggested that remand was typically used to prevent the accused from failing to attend court but said the practice raised the chances of offending and called for the use of alternatives such as supported bail or electronic tagging.

People on remand make up 15 per cent of Scotland’s prison population – which is estimated at around 7, 500.

Strang said: “It does damage people’s prospects of living a successful life outside. It is overused when there are alternatives.

“My background in the criminal justice system suggests to me that a short period in custody is likely to lead to more rather than less offending; it does not provide a moment of inspiration in which people suddenly realise that their lives have been on the wrong track and that they now have to change.”

Instead, he said, the experience was “disorientating, unsettling and stressful”, regardless of whether the person is guilty or not.

“Once people get into the criminal justice system and go through the process, they leave prison, reoffend and go back in,” he said.

Strang argued that those who are held on remand are likely to face a number of other problems as a result, be that in housing, employment or personal relationships.

The Chief Inspector’s views were supported by other contributors to the inquiry, including Families Outside, Prison Reform Trust and the Scottish Working Group on Women’s Offending (SWGWO).

Anne Pinkman of SWGO told the committee that women are more likely to be remanded in custody than men – in fact, the most recent statistics from 2013-14 show that two thirds of women admitted to prison were on remand – while only 30 per cent women on remand go on to get a custodial sentence.

Pinkman said that remand is “as disruptive and as impactful on a woman’s life as a short-term sentence” and is likely to have an adverse impact on children – an area which the Prison Reform Trust is currently researching.

Families Outside, which supports families affected by imprisonment, also submitted to the inquiry and agreed that remand, as with short-term sentences, could cause “considerable stress” for families and children, including risks to income, housing and mental health.

In contrast to the normal practice when someone is released from prison in which the person will receive £75 as a discharge grant, Anne Pinkman pointed out that those released on remand receive no funds and can take around four weeks to receive any benefits.

Pinkman echoed David Strang’s view on the effectiveness of supervised bail as an alternative to remand and suggested that electronic monitoring could be “ideal” in cases where there is a flight risk.

Strang said that low incidence of eventual prison sentences for women who have been held on remand was proof that “we overusing remand as an administrative function to ensure that a trial can go ahead”.

Strang argued that greater resourcing was needed in local authorities to provide for effective bail supervision, and suggested that the currently patchy service may be due to a lack of political will.

He said: “Local authority councillors have limited budgets and someone coming out of prison is unlikely to be their top priority. The political reality is that this particular group of marginalised people in Scotland do not have many people championing their case and they are likely to be a low priority for the local authority.

“However, such a view is mistaken, because crime has a much wider impact than on just one individual. If we support people who are vulnerable to offending right from school and as they grow up, it will benefit the whole community.”

The Scottish Government is seeking to introduce legislation to allow for greater use of electronic tagging and carried out a consultation into the proposal last year.

Responding to Strang’s criticisms of the use of remand when the HM Chief Inspector of Prisons for Scotland’s annual report was released in November, a Scottish Government spokesperson said: “Ministers have made clear they want to see fewer ineffective short-term prison sentences and greater use of robust community sentences.

“At the same time, we are committed to reducing the inappropriate use of remand, providing £1.5m of funding to local authorities over the past two years to improve the provision of bail support services for women.

“The number of women in custody in Scotland has gone down in recent years and we are working with partner organisations to continue that trend by taking action to address the specific needs of women in our justice system, including the development of a new female custodial estate.”

A spokesperson for the Judicial Office for Scotland said: “Subject to restrictions on bail in certain solemn cases, in proceedings in which a person is accused of an offence bail will only be refused where the court considers that there are substantial grounds to justify keeping the person in custody, and where an accused person is remanded the reasons for that decision will be explained.

“Upon conviction the court, in passing sentence, will have regard to any period of time spent in custody by the person on remand.”