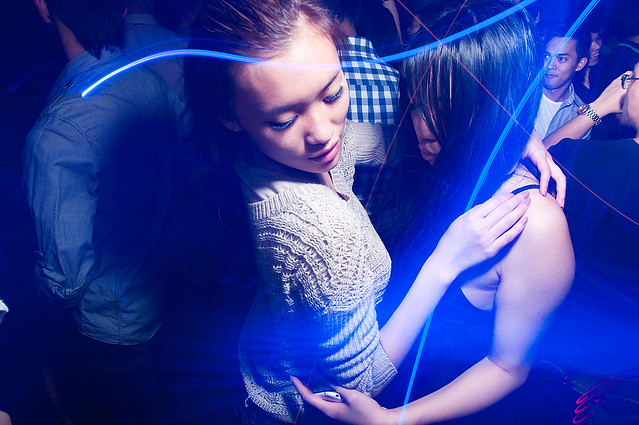 A NEW peer-to-peer organisation has been founded in the hope of addressing mental health concerns in Scotland’s clubbing community.

Clubber2Clubber was created after its founders, Chester Cornford and Ruaridh Gill, noted that while there has been an increase in awareness of mental health across Scotland in recent years, stigma endure and mental health problems remain widespread. Conford and Gill felt there was a particular need for such issues to be addressed within the club community.

While Scotland enjoys a world-class reputation for its electronic music scene, Cornford argued that the often hedonistic lifestyle which can accompany can often leave people burned out, and can exacerbate existing problems in their lives.

Speaking to CommonSpace, Cornford said: “Me and Ruaridh, we had both run club nights, we go to clubs all the time, so [Clubber2Clubber originated] just from talking to friends and talking about how they’re struggling with uni or work, and then going out on the weekend. [We were] thinking that mental healthcare has not been accessible to this kind of group. Going out, taking drugs, and partying too much can have an effect on mental health.”

“Going out, taking drugs, and partying too much can have an effect on mental health.” Clubber2Clubber founder Chester Cornford

The new organisation is mindful of the fact that the club scene is heavily populated by young people, many of them students who may be moving to a new city for the first time, and who can get caught up in a party lifestyle that can be detrimental to their well-being.

Clubber2Clubber do not claim to offer comprehensive mental healthcare, but are hopeful that they can link up those in the clubbing community with mental health resources that they might find useful. Cornford explained: “I think the main thing we’re going to do in terms of connecting people to services is signposting where they can go, because I feel like our target market – which is not age-specific, but is more likely to be young people – may not be aware of the informal services or recovery groups they can go to.

“The people we’ll be speaking to have most likely not engaged with these services before – they might have moved to uni, it might be their first time going out partying or experimenting. And that’s kind of the key age group for people developing things like psychosis, depression or low mood. So we’re thinking, if we can get people in at that mood, we can say: ‘Here’s some advice; here’s some groups that can help you’.”

Clubber2Clubber aim to start informal discussion groups, open to anyone but aimed at the club-scene, where they can talk about anything in their day-to-day lives in a non-judgemental, peer-guided environment.

Cornford continued: “One of the groups I like the most is the Scottish Recovery Network, which is a service-user network that talks about how mental health should be defined by the people who have it, and the help should be defined by the people who need it. Every mental health story is unique. So if you think about that approach, there’s a case to be made that there’s a specific approach for people who go out to clubs that could factor in things like harm reduction, information on substance misuse and low-level psychological therapies and interventions such as mindfulness and meditations. Whereas, a lot of the [current] mental health strategies are very policy-oriented, [whereas] we’re more peer-to-peer.”

Asked if he feels the wider public perception of the clubbing scene in Scotland is informed by misconceptions or false impressions, Cornford said: “Definitely. Scotland has this reputation as a very hedonistic, high-energetic party kind of place – I think in part due to licensing restrictions. Another aspect of Scottish culture is it’s a heavy-drinking culture. All this is very much portrayed as being a positive by those who are in the club scene. So I think people who don’t know the club scene much probably have a better view on how it can be damaging. For example, one of the publicly stated reasons for the closure of the Arches – which was used as a kind of scapegoat – was a death on the premises. Now, people in the club scene would probably think of that as a really rare occurrence: ‘That’s not going to happen to me.’

“So there’s a balance that needs to be struck: Yes, people are going to go out and enjoy themselves, and actually, is that something we want to punish as a society? But also, how do we allow that kind of enjoyment, but in a safe way.”

Rather than greater regulation of the club scene, Cornford favoured “a conversation”.

He explained: “For someone to be able to be frank about how they may have partied too much at the weekend, and this has maybe led to difficulties. But we have such a punitive attitude to that kind of lifestyle it can shut people out from getting help. The attitudes from people not in the club scene mean that there’s a lot of ignorance surrounding it.”

Clubber2Clubber are considering approaching the Scottish Government and local authorities in future to discuss potential collaboration, but for the moment, Cornford said their focus is establishing the weekly groups and getting their social media set up which points people who go clubbing to relevant mental health services: “We’re also going to make printed materials, such as posters, telling people about ways to improve their mental health and links to places like the Samaritans. Those will be distributed to clubs and parties, so that people attending get that information. But further down the line, we’d like to act almost like a lobby – but that’s a later stage.”

Clubber2Clubber hopes to have its first discussion groups started up by September, and its social media presence by the beginning of July.