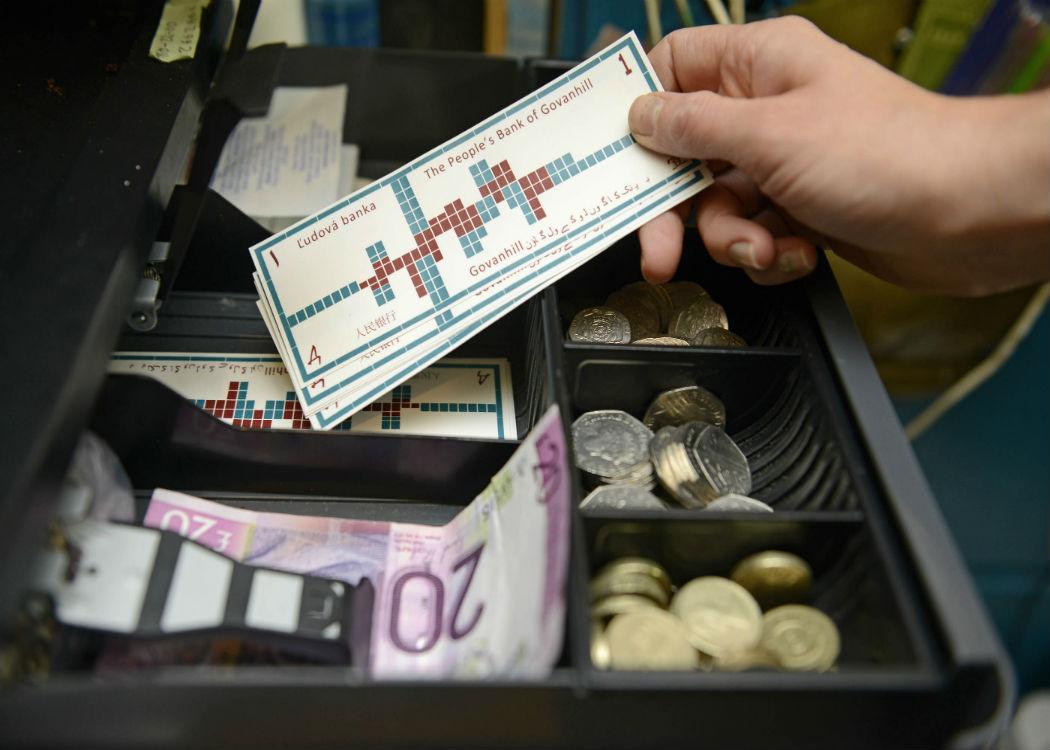 THE People’s Bank of Govanhill will establish a booth at the Tramway theatre to exchange Sterling for a Govanhill currency which can be used to purchase items in the Govanhill area on Saturday 24 October.

The new currency dubbed by some the ‘Govanhill pound’ – but as yet unnamed – can be exchanged for differential rates of Sterling, so that an equivalent value can be purchased for more or less sterling depending on ability to pay.

Though the currency shares certain similarities with local currencies such as the Bristol pound, its redistributive quality makes it unique in the UK as an experimental local currency.

Rutherford is a Scottish born artists who returned after 13 years to a Scotland at the height of the independence referendum.

She said the politicised mood had an impact on her art: “As an artist I think my work is moving towards the political. I moved back to Scotland in August and it’s just the most amazing politicisation that has taken place.

“It was inspiring moving back to a Scotland that is much more political than the one I left thirteen years ago.

“There is definitely a political element to the project, and I suppose economic. I’ve become increasingly concerned with ideas around economics and there’s a lot of artists thinking about economics now, thinking about community ownership and equality and fairness. The idea of a re-created economic structure is really exciting for me as an artist”, she added.

Once purchased the Govanhill currency can be exchanged for goods and services at local businesses including Bakery 47, Milk Cafe , The Govanhill Baths, Ranjit’s Kitchen and Locavore.

After Saturday further trial dates are set for 14 and 19 November and 5 December. An open planning meeting is being planned in Govanhill for December 15.