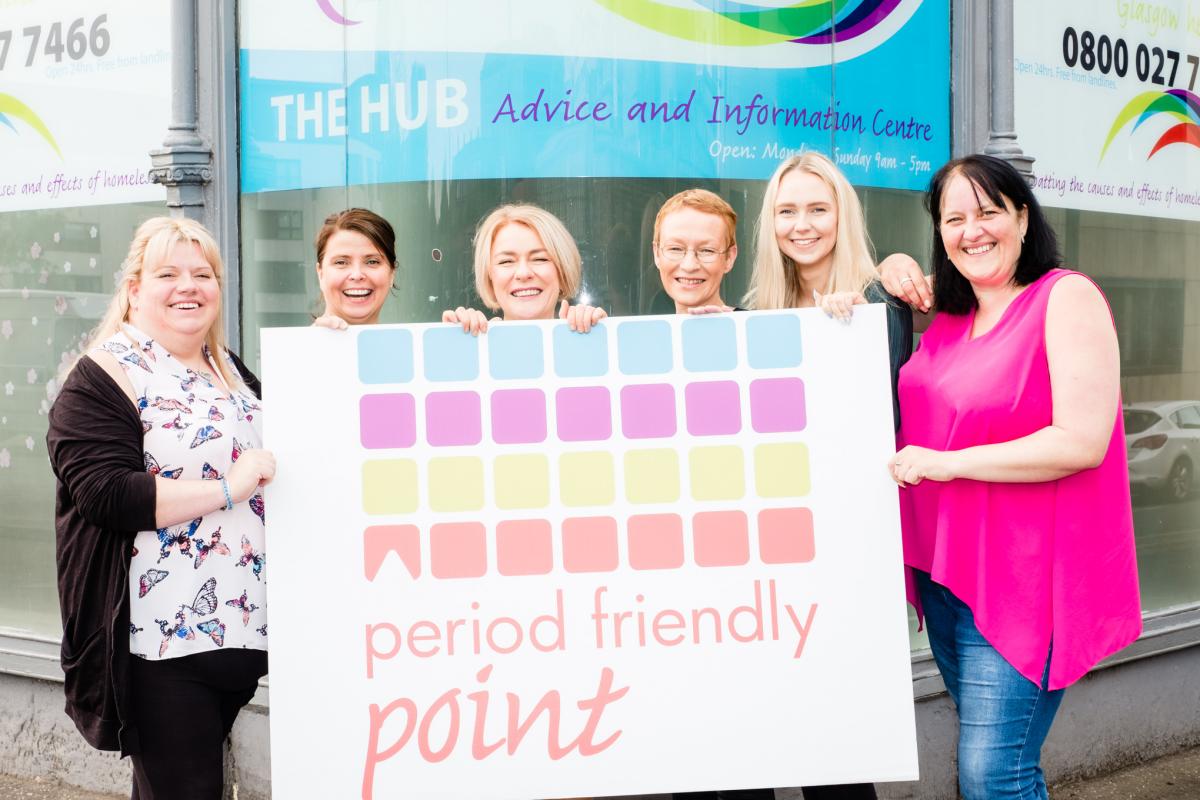 Homeless women in Glasgow to be offered free sanitary projects

A PROJECT by a Glasgow based charity has been launched to provide sanitary items for homeless women who are sleeping rough.

Street teams already deliver other essential items for homeless people including food, sleeping bags, and needle exchange. The move to include sanitary items comes as the issue of “period poverty” has attracted greater recognition, with a number of charities and cross party politicians calling for measures to address it.

“Being homeless is bad enough – poor accommodation, lack of sleep and poor nutrition, with only the clothes you stand in. Then you get your period.” Lorraine McGrath, Simon Community Scotland

Lorraine McGrath, chief executive at Simon Community Scotland, said:  “Being homeless is bad enough – poor accommodation, lack of sleep and poor nutrition, with only the clothes you stand in. Then you get your period.

“This project is about providing equality, health, support, opportunity and most importantly – dignity. Period Friendly Points will ensure women on the streets do not go without sanitary products and have access to the support they need.”

The ‘Period Pax’ will include sanitary products, underwear, wipes and disposable bags, alongside a small booklet of information on other services. The charity has received £7, 500 in funding from the Big Lottery Fund towards the initiative, which was developed following consultation with women using their accommodation services.

Sixty-one per cent of homeless women said they had used toilet paper or newspaper to manage their monthly period because they couldn’t afford sanitary products.

Sixty-one per cent of the women said they had used toilet paper or newspaper to manage their monthly period because they couldn’t afford sanitary products, while 70 per cent said they had never been told what a period is or spoken to anyone about it.

McGrath explained why this might be the case: “Homeless women often didn’t have the opportunity to discuss their periods with their mother, at school or with peers as a consequence of traumatic childhood and institutional care.

“The women are often embarrassed to talk about their periods or ask for sanitary products when they need them and have no means to purchase them.”

“Period poverty” has come into the spotlight in recent months as an issue not only for homeless women but for all low income women. A campaign around the issue, Free Period Scotland, was launched early this year by Women for Independence, and feminist organisation Engender held a roundtable of experts on the topic this June.

The Scottish Government launched a £42,500 six-month pilot project in Aberdeenshire last month, which will provide free sanitary products to women and girls in low income households. The pilot is intended to inform the Scottish Government’s plans for addressing the issue nationally, and follows from a resolution put forward by Gillian Martin MSP at the SNP National Council in 2016.

READ MORE: Sturgeon: Sanitary products during menstruation are not a luxury but a necessity

Equalities Secretary Angela Constance has said on the issue: “It is unacceptable that any woman or girl in Scotland should be unable to access sanitary products. That is why, as part of our wider aims to eradicate poverty from our country, we are exploring how to make products freely available to low-income groups.”

Scottish Labour MSP Monica Lennon, who opened a consultation last week for a private members’ bill which would introduce universal access to free sanitary items, has given her support to the initiative from Simon Community Scotland.

Lennon said: “We know that homelessness makes managing periods very challenging and not having access to sanitary products is compounded by the fact that is isn’t easy to access warm water and the privacy of a safe place to look after yourself.

“The added stress of living on the streets during your period and having menstrual blood staining your clothes is an experience that no-one should have to face and I applaud Simon Community Scotland for addressing the unmet needs of vulnerable homeless people.”

Looking forward, Simon Community Scotland hopes to extend its ‘Period Friendly Points’ to other towns and cities across Scotland, with plans to link with Edinburgh homelessness charity Streetwork.