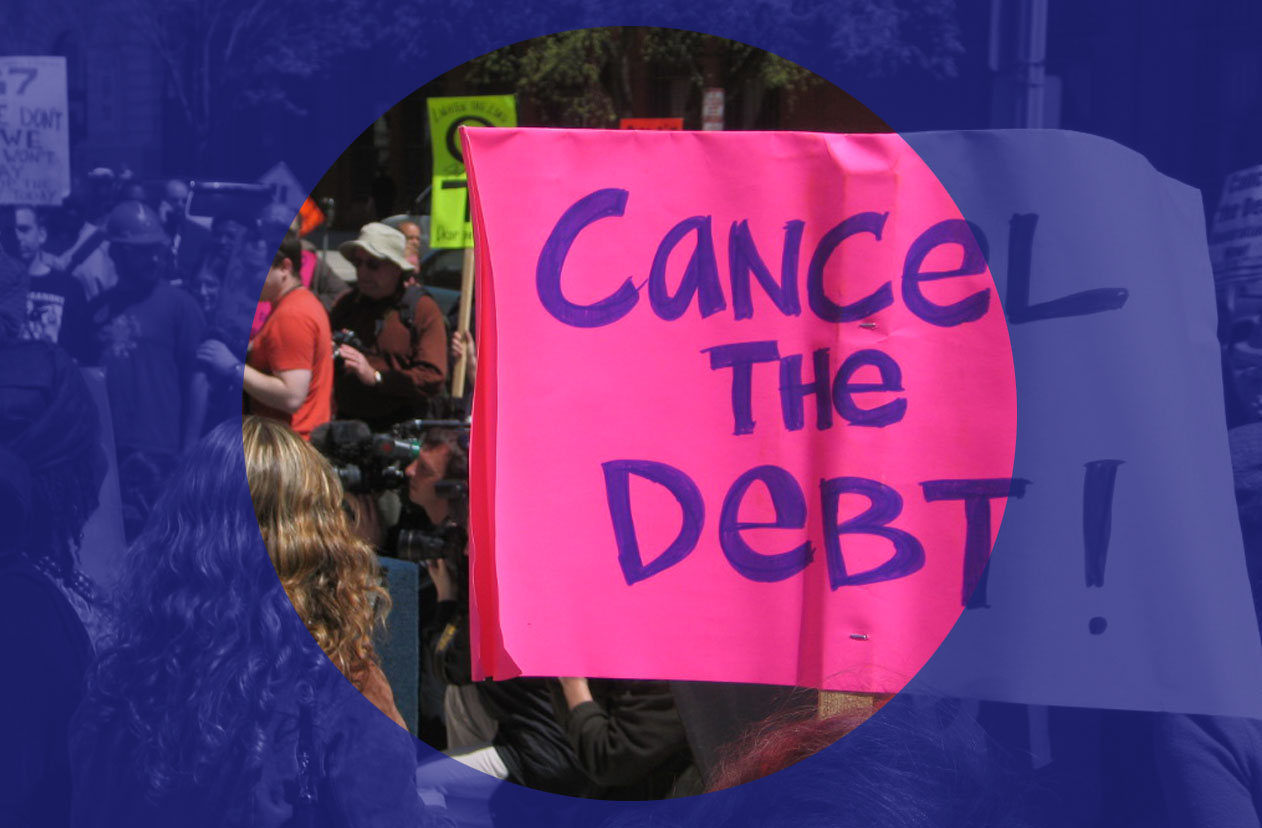 “When the wellbeing of your country is at the whim of rich governments and financiers, you often don’t have a back-up plan. You try and get on with things the best you can. By cancelling this year’s debt in order to give these countries a fighting chance, it will be a step forward in taking on the unsustainable debt crisis worldwide.”

On World Health Day, Jubilee Scotland’s Pete Carson argues that only debt cancellation can provide the global South with a fighting chance against the effects of the Coronavirus

AS MOST of us sit inside awaiting further instructions and anticipating positive news, in the back of our minds we might occasionally think “Soon this will be all over. We’ll get through this together, as a country.” There is hope that things will soon start to miraculously look up in Britain and the other countries that have been hardest hit by the virus. But on a global scale we are only at the beginning of the pandemic, the effects of which are expected to last for years.

If we don’t act quickly, Covid-19 will have a devastating impact on some of the most vulnerable communities on earth. We need to make sure they can cope financially or they face hardship beyond what we can dare to imagine. This is why Jubliee Scotland is one of more than 150 organisations calling for debt cancellation in the global South to fight the pandemic.

Debt inequality has always been a problem within the classist society in our country, with the UK being one of the most unequal countries in Europe. But the divide between the high-income nations of the global North and the struggling economies of the global South has been increasing in recent years. Many countries in the southern hemisphere are paying off loans from lender governments, the International Monetary Fund and the World Bank to support their infrastructure and the development of their countries. These debts can often lead to problems down the line, with inflation and demands for cuts to meet payments leading to increased rates of poverty.

In the months preceding the outbreak of the virus, it was found that the amount of Debt payments in these countries have increased rapidly, paying up to 12.4 per cent of an average government’s revenue in 2019, projected to increase up to 17.4 per cent in the next 2 years. For comparison, the repayment rate was an average of 5.5 per cent in 2011. As a result, the amount of public spending per person has started to fall in these countries.

Just like we were completely unprepared for a global outbreak, there is very little chance that the global south can handle a pandemic of this scale. The services in our own countries have already been under immense pressure, even though we can afford to spend 70 times more per person than the healthcare systems in low income countries.

We have been able to write off £13 Billion in debt for the NHS, a historic move that has been lauded by many, but that option just isn’t readily available for health services in the global South. While there have been calls from the IMF for payments to be delayed, we need to go further than that to help them in a way to make sure that they are not further marginalised  down the line.

The concept of a Debt Jubilee is to cancel the unjustifiable debts of modern society, with the global Jubilee Campaign working since the 1990s to cancel the unjust debts of the global South. The Jubilee 2000 campaign led to $100 billion of debt owed by 35 of the world’s poorest countries being wiped clean from the slate. Now that these countries face a crisis unlike anything we have seen in a century, it is time for another Debt Jubilee.

On World Health Day, Jubilee Scotland has signed onto a joint letter sent to world governments, the IMF and the World Bank calling for the permanent cancellation of debt payments, interest and charges in 2020 from borrower countries. By freeing up $25 Billion of debt payments, the Global South will be better equipped to fight the threat of coronavirus. In addition to debt cancellation, $73.1 billion in emergency finance will be needed to support low income economies and their relief effort, provided through grants to prevent them from sinking deeper into debt.

These plans for debt cancellation and financing need to be designed to specifically boost public spending, where it is going to serve the needs and maintain social protection of the people. The role of G20 countries should be to vigorously enforce this to prevent any country from facing penalties from cancelled payments.

However, this should not be viewed as a stopgap to tide people through the crisis. This is only the starting point to help restructure unsustainable debts, which needs to be taken seriously with a long term approach and cooperation of the United Nations and IMF. Mere suspension of these debts will only cause further problems down the line, delaying a true overhaul of a system of debt that aims to be altruistic, but turns a blind eye when money’s on the line. The domino effect of Covid-19 has already led to falls in commodity prices and projected increases in borrowing costs in the global south, with limited resources at hand to handle a public health crisis.

The virus is shaking the ground beneath capitalism and the way things are governed in well-off nations like the UK, but when you’re in control of your own safety net you can afford to take a hit of instability here and there. When the wellbeing of your country is at the whim of rich governments and financiers, you often don’t have a back-up plan. You try and get on with things the best you can. By cancelling this year’s debt in order to give these countries a fighting chance, it will be a step forward in taking on the unsustainable debt crisis worldwide.

Picture courtesy of Friends of the Earth International

Statement: A debt jubilee to tackle the Covid-19 health and economic crisis

1. What we are calling for

We, the under-signed organizations, aware of the severe impacts on hundreds of millions of people fromthe health, social and economic crises faced by countries in the global South as a result of Covid-19, urgently call for:

All principal, interest and charges on sovereign external debt due in 2020 should be cancelled permanently, they should not accrue into the future. Cancelling debt payments is the fastest way to keep money in countries and free up resources to tacklethe urgent health, socialand economic crises resulting from the Covid-19 global pandemic.

Borrower governments have it within their power to stop makingdebt payments but they should not suffer any penalties for doing so. All lenders should therefore agreetothe immediate cancellation of debt payments falling due in 2020, with no accrual of interest and charges and no penalties.

In the absence of a wider, multilaterally agreed debt cancellation, lenders should take the following steps:

Many countries were in debt crisis before the Covid-19 crisis began. Many more will emerge from this crisis with even higher unsustainable debts. Immediate cancellation of debt paymentsshould therefore be linked to a more comprehensive and long-term approach to debt crisis resolution. As such, to make debt restructuring more efficient, equitable and successful we call for:

A process to make these changes must begin before the end of 2020.

The global Covid-19 crisis has led to falls in commodity prices, an increase in future borrowing costs for global South governments, and contributed to the largest ever capital outflow from developing countries. Government revenues will fall as a result, and debt payments will increase at the same time that countries need to expand healthcare and social protection in response to the crisis. Developing countries had already been facing heightened debt vulnerabilities and rising debt costs before the Covid-19 outbreak. The scale of the public health crisis and need for rapid policy responses means vital government resources must be urgently directed towards the needs of populations and not diverted to lenders. The outbreaks of Covid-19 so far show that time is essential. Governments need to have resources for decisive action today. Any delay will make the pandemic more difficult to control and a later repair of economic damage more costly, especially for borrower countries.

5. Support for action on debt cancellation