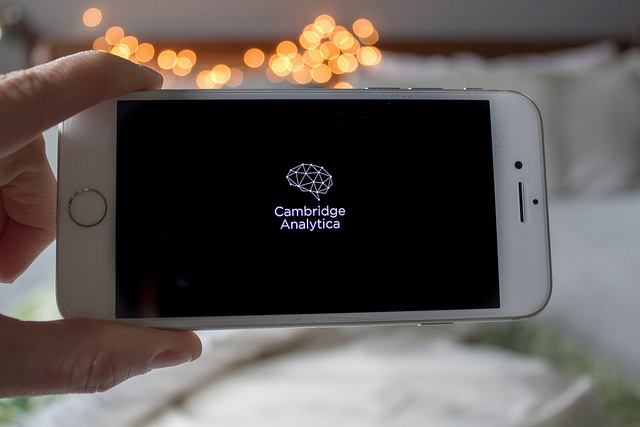 Peter Ryan, IT and finance expert, introduces his new paper for the Common Weal think-tank outlining a number of proposals to ensure data is not utilised to manipulate democracy post-Brexit

AS WE increasingly live our lives online, we are allowing others to know us through our data. Each like, share or purchase leaves a data trail that reveals who we are in ways many are beginning to feel uncomfortable with.

In my paper on “Data Protection and Democracy”, that Common Weal have published today, I describe how big business is using our data to make money from the insights they get from it; not just Facebook and Google targeting adverts to us based on searches or browsing history but also shops using the purchases linked to loyalty cards to target offers to us.

The law protecting our data has been strengthen by the European Union’s General Data Protection Regulation (GDPR). This means many of the practices technology companies treated as “normal business” are now illegal. However in its future partnership paper on data protection after Brexit, the UK Government says they will change the law to ensure “it does not impose unnecessary additional costs to business”. Which probably means big business will find it easier to monetise our data. As a minimum the Cambridge Analytica scandal shows we need to keep the GDPR protections if the United Kingdom leaves the European Union.

For many of us, putting up with adverts as a price of a “free” email service or a “free” search engine is something we can live with. Where things get sinister is when data from customers of an insurance company or data shared as part of a pregnant mum’s advice service is used to target adverts during election or referendum campaigns.

Investigations are taking place into the use of data and social media by political campaigns; The Electoral Commission, the ICO; the UK data protection regulator and the UK Parliament Digital Culture, Media and Sport Committee enquiry into Fake News all published final or interim reports in June and July. While these investigations are making recommendations, will anything change? After all the ICO have issued enforcement notices or fines against the Tories, Labour and SNP at elections for breaches of data protection law, and the Electoral Commission describe fines levied against the Conservative, Labour and Liberal Democrat parties for breaking election spending limits as treated as the “cost of doing business” by these parties.

As a solution to digital advertising disrupting elections we need to look at the original reason that advertising by broadcasters was banned; the ban was introduced to stop the campaign with the most money having an unfair advantage. But when a single donor donates £8.3 million in the European Referendum and 42 per cent of 2017 reported election advertising was spent on digital advertising, do we still have a level playing field? Without these financial resources campaigns (domestic or foreign) would not be able to pay for the fake news that threatens to disrupt our democracy.

To correct this imbalance the paper calls for the following reforms;

Unless we level the playing field to ensure free and fair elections we risk disrupting our democracy.