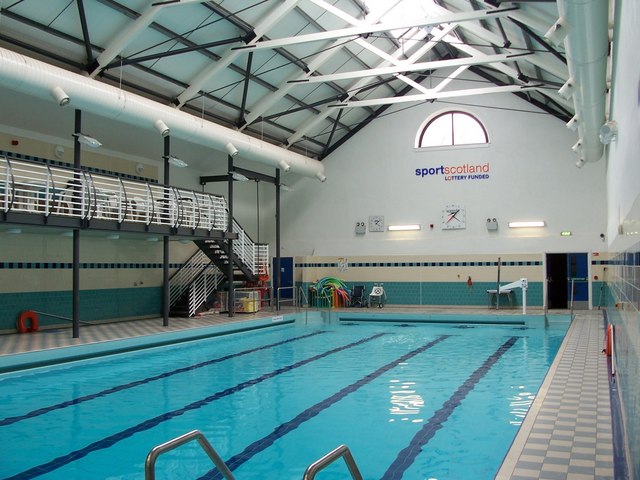 GLASGOW COUNCIL is being urged to re-think its decision to scrap year-round free swimming for children and pensioners at Glasgow pools which campaigners say risks the legacy of the Commonwealth Games.

Nearly 1000 people have signed an online petition set up by Vonnie Sandlan, former president of the National Union of Students in Scotland, which calls for the legacy of the Commonwealth Games to be protected by retaining free swimming for children and pensioners in Glasgow.

Council chiefs defended the decision, saying free swimming would still be available at “targeted times” such as the summer holidays, and claimed the changes were intended to increase the number of users.

Sandlan, who was previously a commissioner on the Scottish Government’s widening access commission, states in the petition: “That this gift to children in particular should be revoked by the council is a terrible reflection upon the legacy of the Commonwealth Games, and a terrible indication of the value placed on exercise, health and well-being of the city’s residents.

“Embedding a love of exercise, providing the means for that exercise, and giving families the ability to go swimming without having to worry about the cost has been a progressive and considered approach to tackling health inequality, loneliness, inclusion and obesity,”

Again this petition & those saying free swimming has been scrapped are wrong. Yes theres changes, but aimed an increaseing numbers which have fallen 51% since introduction. https://t.co/G6pop5Oxpw

The SNP took control of Glasgow Council in 2017 in a historic victory which saw Scottish Labour lose control of the council for the first time in over 30 years.

A spokesperson defended the new fee system, stating that a universal approach had “an unintended consequence” of benefiting “the most affluent”.

Thes spokesperson said: “An unintended consequence of a blanket approach to free activities (such as swimming) intended to make facilities accessible to the most vulnerable in society, is that it also benefits the most affluent and least in need of financial assistance.

“As we have seen over the years in Glasgow, often the most affluent take up the offer at a greater rate than the least affluent and this widens inequality. Our research into free swimming tells us that most who take up the free offer would have been happy to pay something, and would still have attended even if there was a fee.

“We will still continue to offer free swimming but will introduce a much more targeted approach such as free swims for entire families during school holidays. This allows us to provide a better offer for those who actually need our help most – particularly families on low incomes.

“In addition to a targeted free swim programme, from 28 May, a swim costs just £3 for adults and £1 for juniors and anyone who qualifies under the new concession criteria. These changes mean Glasgow will be among the least expensive places to swim in Scotland as £1 for children is well below the Scottish average of £2.48 and £3 for adults is below the Scottish average of £4.07. Swimming will also be more affordable for a family on low income as all now pay £1 where parents previously had to pay £2.30 each, even if the child went free.”

Signing the petition, A McArthur was critical of the decision: “As an SNP voter, I am disgusted by this decision. Free swimming was a lifeline for my granny, who spent her entire life working for the Glasgow “corporation”. Taking much needed exercise away from children amid a childhood obesity crisis, and away from Glasgow pensioners when Glasgow has one of the lowest life expectancies in the western world is a complete shambles.

“Perhaps keeping the scheme open and running an ad campaign would see uptake soar. Perhaps people don’t realise swimming is free. Rethink this awful decision and do the right thing.”

Another, Murdo Dolan, said online: “So once again pensioners get screwed for working hard and saving for a reasonably comfortable retirement. Affluent pensioners don’t make me laugh. More like another load of effluence from our so called councillors.”