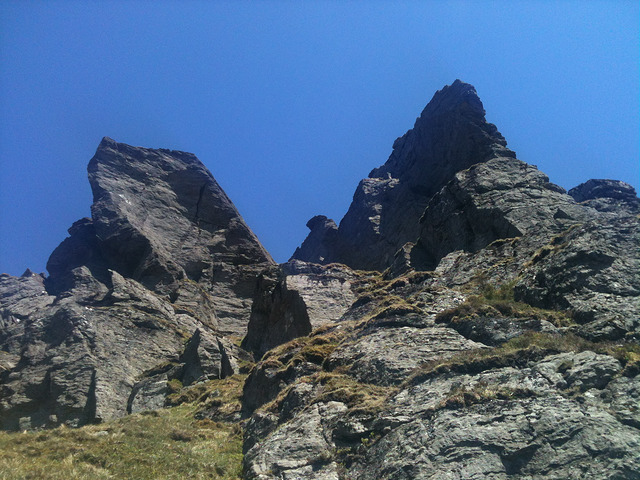 A PETITION has been launched to reverse a controversial 800 per cent increase in parking fees in the Highland village of Arrochar, following outrage from locals who fear it may threaten the area’s attraction to hillwalkers and mountaineers.

The nearby car park at Succoth, at the head of Loch Long, is regularly used by hillwalkers before setting off on the extremely popular ascent to the Cobbler, also known as Ben Arthur. Argyll and Bute Council has proposed increasing the cost of a day’s parking in Arrochar from £1 to £9.

However, critics have taken issue with the price hike, arguing that it will penalise hillwalkers and climbers, restrict the ability of ordinary people to partake of affordable exercise, and act as a deterrent to those wishing to roam in open spaces.

The petition also argues that the charges are “out of proportion” to both the facilities on offer at the site and the parking fees in the surrounding area.

The increase could also lead to further congestion in the village, the petition notes: “If the proposed increase in pricing goes ahead another result will be to inconvenience the local residents. Car park patrons will not be prepared to pay £9 when a few hundred meters up the road there are apparently free parking spaces in front of houses and alongside shops.”

Safety concerns have also been raised, as the parking fee applies from 6am to 9pm, forcing hillwalkers and climbers to estimate how long their journeys will take, despite the timing of such climbs often being dependent on weather and changing conditions. Campaigners fear that people may rush their descent in order to avoid an parking ticket at a minimum of £60.

“High car parking charges can create a barrier to those wishing to exercise their right of access to the countryside, particularly those with lower incomes.” Mountaineering Scotland access and conservation officer Davie Black

The petition states: “This will inevitably lead to more accidents, injuries and call outs for rescue teams, to say nothing of the ruination of a pleasant day of fresh air and exercise – something that another branch of the Scottish Government is encouraging the public to take more of.”

Furthermore, concerns have been raised about the safety of the main road through Arrochar, which may experience increased traffic due to the increase. The petitioners also claim that several other local authorities – at this point unnamed – are observing the issue, and may follow suit, leading to parking fee increases elsewhere.

Davie Black, access and conservation officer with Mountaineering Scotland, commented following the announcement of the charges: “We appreciate the financial pressures that local authorities are under and that the provision of car parking facilities incurs a cost.

“Our members are used to seeing daily charges of £3-4 for parking in popular walking locations, such as at Glen Nevis and at Forest Enterprise sites. We regard this as a reasonable cost to ensure that cars are safely parked off the road while walkers enjoy their time in the hills.

“However high car parking charges can create a barrier to those wishing to exercise their right of access to the countryside, particularly those with lower incomes. And this is all happening at a time when Scottish Government policies are firmly committed to social inclusion and promotion of outdoor recreation for the health and social wellbeing benefits that it brings to people.

“The huge increase from £1 to £9 that Argyll and Bute Council intends to impose targets people who have no other option to safely park a car. The provision of free or reasonably priced car parking plays an important part in encouraging responsible parking and helping to prevent cars being left in places that could result in risks to other road users.

“There also needs to be clarity on the situation for overnight parking, as many people will want to leave their cars as they camp up in the hills.

“There’s another risk that, although these are popular hills, people may choose not to park there and the council may actually lose revenue as a result.”

Speaking to CommonSpace, a spokesperson for Argyll and Bute Council expressed regret over the increase, but argued that it would be inavoidable in the face of cuts to local authority funding: “We’d like to have maintained the charge at its current very low level but this unfortunately is not an option.

“Year on year cuts to our funding mean that, like all councils, we must make changes to how we work. We have kept charges to a minimum for as long as possible.

“However, the decision was taken at the council budget in February to increase charges at Arrochar in line with other off street parking across Argyll and Bute. Charging only applies between 9am and 6pm, which equates to £1 per hour. The money raised will go towards essential council services, including car park maintenance.”