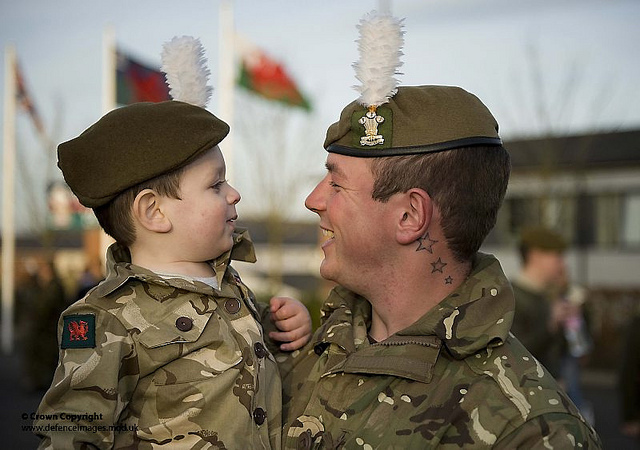 A PETITION calling for more transparency and over sight of visit made by the armed forces to Scottish schools will be heard by Holyrood this Thursday.

The groups ForcesWatch and Quakers in Scotland were responding to data obtained showing that the military in Scotland make a disproportionately high number of visits to Scottish schools and colleges, compared to England.

"Surely it is only right that young people encounter a balance of views and discussion about the risks and consequences of joining up." Emma Sangster

ForcesWatch coordinator, Emma Sangster, said: "As things stand there is a lack of clarity regarding the nature of armed forces visits and who is responsible for overseeing them. There is no clear guidance and that is a real concern.

"Our fear is these visits are being used as a recruitment tool in schools, with the military promoted only in a positive light.

"Surely it is only right that young people encounter a balance of views and discussion about the risks and consequences of joining up.

"Schools, in our view, must ensure the unique risks, legal obligations and ethical questions faced in the armed forces are given due and proper consideration.

"We hope this petition will spark a wider public debate and see Scotland follow Wales in accepting recommendations to increase scrutiny of armed forces visits and broaden the range of employers going into schools."

"Quakers in Scotland are led by faith to be concerned about increasing militarisation in Scottish state schools." Mairi Campbell-Jack

ForcesWatch conducted a report which also showed that some areas in Scotland had every school in its vicinity visited, additionally other schools were visited by the military as many as 20 times or more over two year period between 2014 and 2016.

According to the pressure group one third of all visits to schools in Scotland were "explicitly about careers in the armed forces".

In the report it found that visits to Scottish schools represented 11.2 per cent of the total UK visits despite, its population being only 8.4 per cent of the entire UK total.

The petition is set to call on the Scottish Parliament education and culture committee to hold an inquiry into the visits by military personnel but they also demand that local and national authorities give guidance for schools on how visits by the armed forces should be conducted.

Additionally they want the Scottish Government to ensue political balance is maintained in the visits and when careers are expressed to pupils.

Finally ForcesWatch demand that close monitoring of the number and location of visits to areas with high deprivation indicators is ensured to investigate wether any abuses and manipulation is occurring with Scotland's poorest communities and military recruitment.

"Our fear is these visits are being used as a recruitment tool in schools, with the military promoted only in a positive light." Emma Sangster

The Public Petition, lodged jointly by ForcesWatch and Quakers in Scotland has gained over 1000 signatories and has the active support of the SNP Youth.

Mairi Campbell-Jack, Scottish parliamentary engagement officer for Quakers in Britain, said: "This issue needs scrutiny and public debate by all in Scottish society, especially parents and children themselves.

"Quakers in Scotland are led by faith to be concerned about increasing militarisation in Scottish state schools."

Rory Steel, Vice-Convener of the SNP Youth, said: "Given the unique nature of the military as a career, we feel it is essential to have transparency and accountability on recruitment in Scottish schools and crucial that parents be given power over their child's involvement in military sponsored activities."