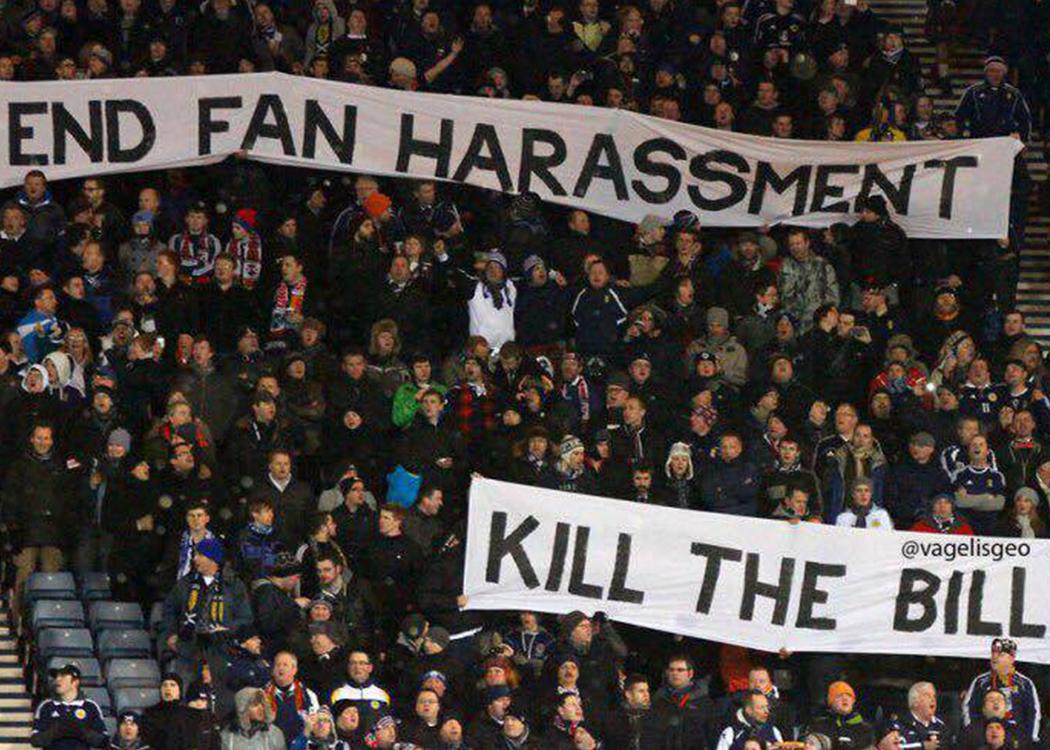 Campaigners call for “full and frank” review into controversial legislation

MSPs are set to discuss a petition opposing the controversial Offensive Behaviour Act in the Scottish Parliament today (Tuesday 12 January).

The Scottish Parliament’s public petitions committee will hear evidence from fans submitted alongside 9,000 signatures collected by the campaign group Fans Against Criminalisation.

Campaigner claim the legislation, which was brought in by the Scottish Government in 2012 to tackle sectarianism, has led to the needless and arbitrary victimisation of football fans.

Paul Quigley, a leading campaigner in FAC told CommonSpace that the Scottish Government should launch a “full and frank” review on the basis of widespread opposition to the legislation.

He said: “Fans Against Criminalisation are delighted to have the opportunity to address the petitions committee and make our case for the review of the Offensive Behaviour Act.

“This Act should have been reviewed in full last year, however we believe that the SNP reneged on their promise to do so by only considering the findings of government funded research and a skewed opinion poll. Every mainstream opposition political party opposes this act, as do lawyers, judges, civil liberties groups and fans of football clubs from all over Scotland.”

“The conviction rate remains embarrassingly low and fan’s lives are still being ruined as unnecessary court cases drag on for months and years. It is clearly in the public interest for a full and frank review to be conducted.”

In March 2013 several hundred Celtic fans were kettled, and 13 arrested, by around 200 hundred officers in Glasgow’s Gallowgate. Since then there have beem several high profile clashes between fans and police.

In November 2015 CommonSpace reported an alleged incident that took place between police and young fans, when a Police Scotland officer allegedly verbally abuse one young fan on Glasgow’s High Street, telling him ” I will fucking ruin your life “.

The Scottish Government has argued that the Act was necessary to combat ‘offensive’ chanting and a wider culture of sectarian abuse in Scottish public life.