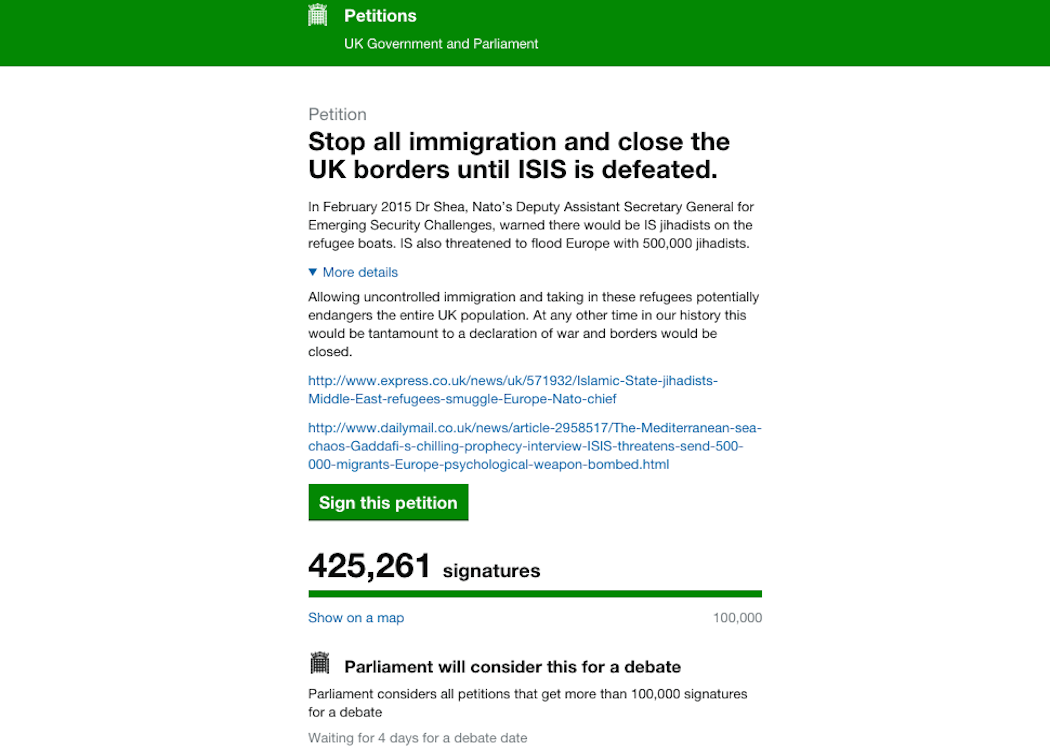 A PETITION asking that the UK border be closed to refugees has attracted over 400,000 signatures since it was set up by Tina Reeves – but it turns out she, too, is an immigrant.

Reeves came under fire after giving an interview with Russia Today live from Jaen, Andalucia, where she owns property and spends roughly half the year.

“I do not live in Spain,” Reeves subsequently insisted. She told BuzzFeed News : “I periodically come over to sort out my house which has been on the market for over five years and has been broken into nine times.”

Accusations appeared on social media that there is a degree of hypocrisy in demanding that borders be closed and immigration stopped while Reeves herself travels frequently to Spain and is technically an immigrant in that country.

However she denies her petition is hypocritical, telling i100 : “I am a British citizen and I have as much right as anyone else to be concerned about the country of my birth, the people who live in it including my family.”

The petition text links to a Daily Mail article from February 2015 which claimed telephone transcripts showed Isis “threatening” to send 500,000 migrants from Libya to Europe. In a separate claim the article asserted that militants would “cross the Mediterranean disguised as refugees”.

Reeves writes in the petition that “IS also threatened to flood Europe with 500,000 jihadists” and that consequently UK border must be closed. Her petition grew quickly and now has over 400,000 signatures.